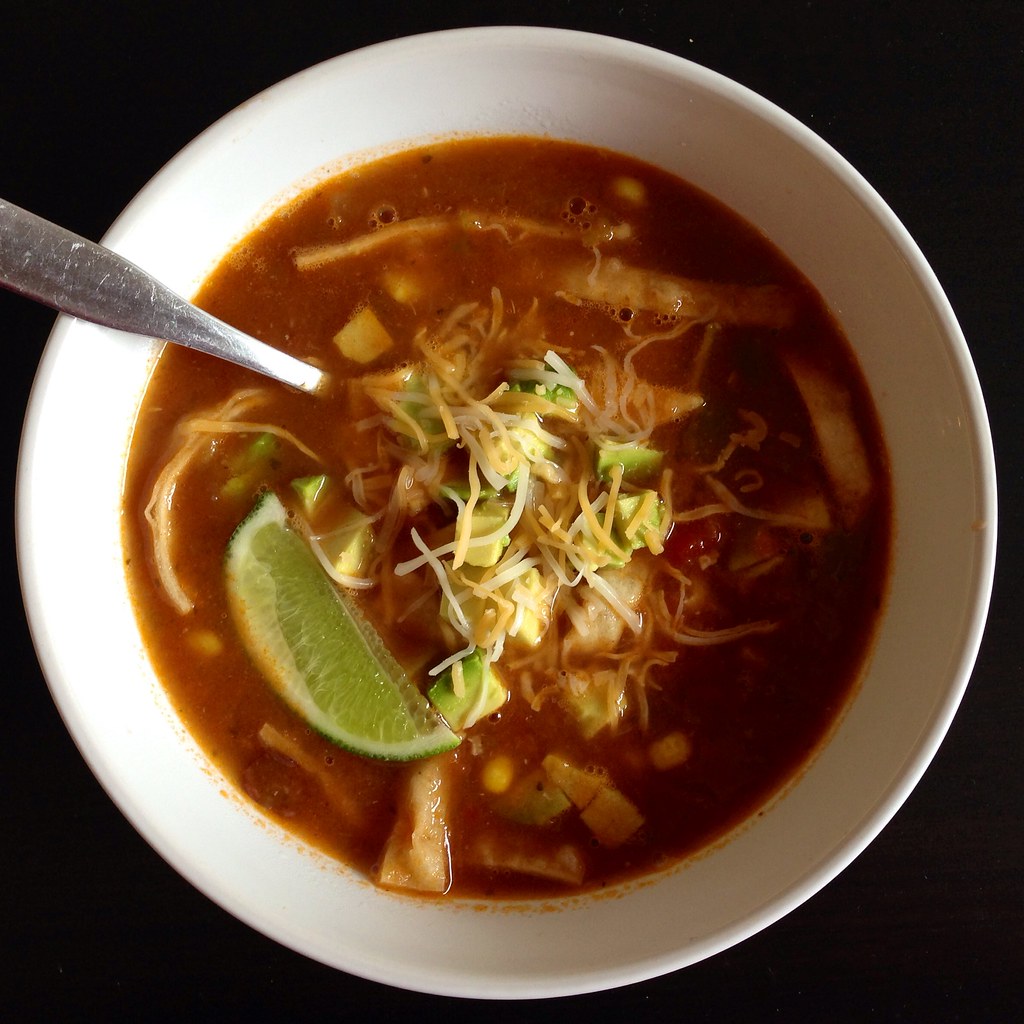 I think I first discovered tortilla soup at the Wolfgang Puck Café in Chicago O’Hare, and it soon became my go-to during layovers in Terminal 3.  It’s relatively light and refreshing after a long flight but still filling enough to be a full meal for me.  Of course, I always ask for extra tortilla strips because I like to add them a little bit at a time as I eat the soup so that there are always be some crunchy ones even towards the end.

The only reason I haven’t made this soup before is that I never had any corn tortillas on hand.  But after making the chilaquiles, I had some left over, so it was time to finally try it out.  I did some research on-line and cobbled together my own recipe with a lot of influence from The Pioneer Woman and Simply Recipes. 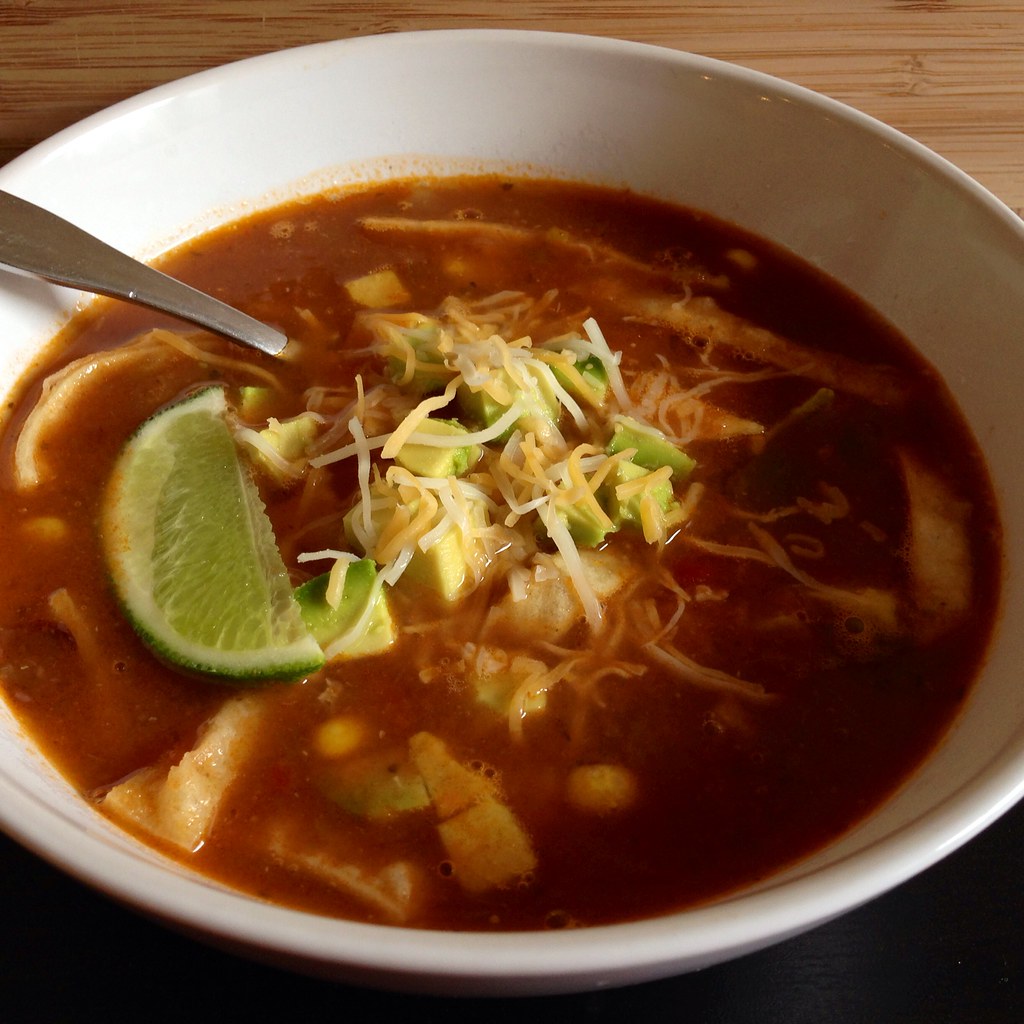 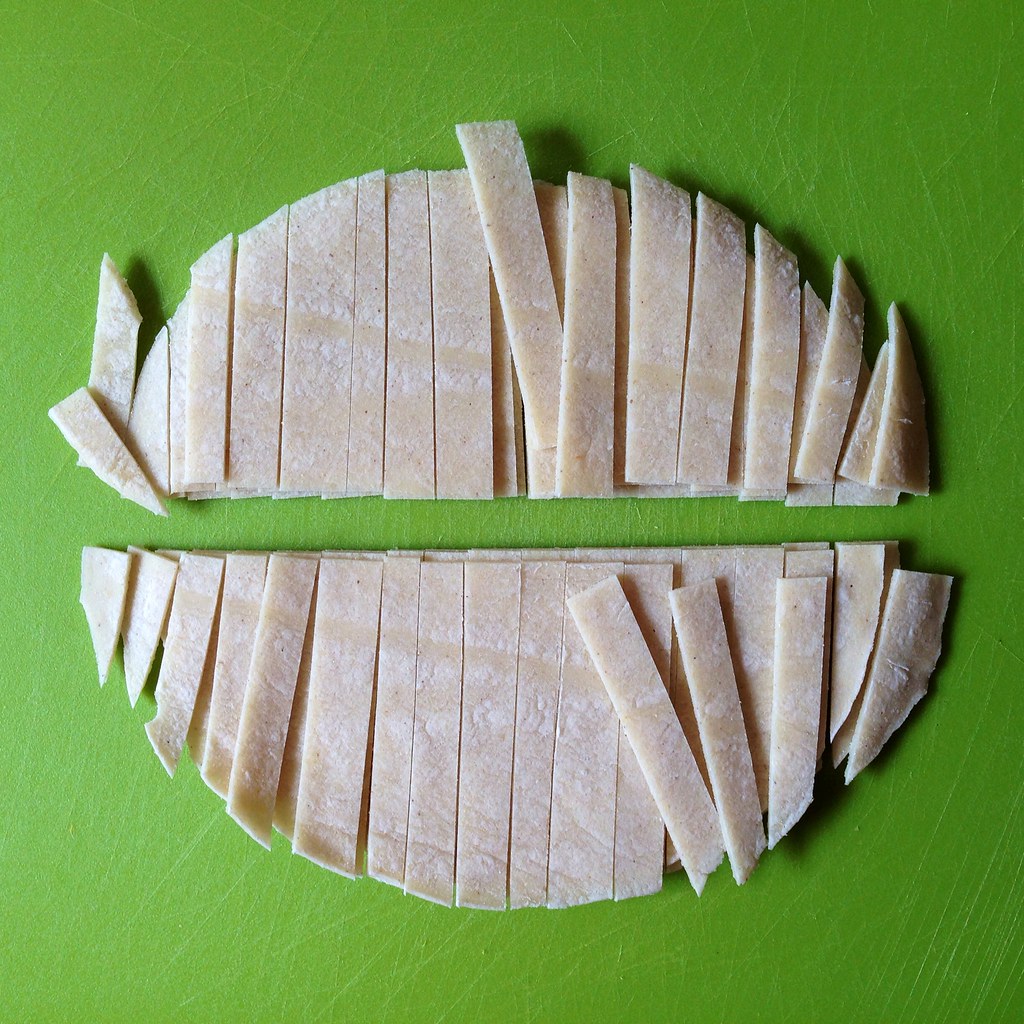 Cut the tortillas in half and then into thin strips.  Heat oil in a large pot and fry the tortilla strips in batches until golden brown.  Transfer to a paper towel-lined plate and lightly salt. 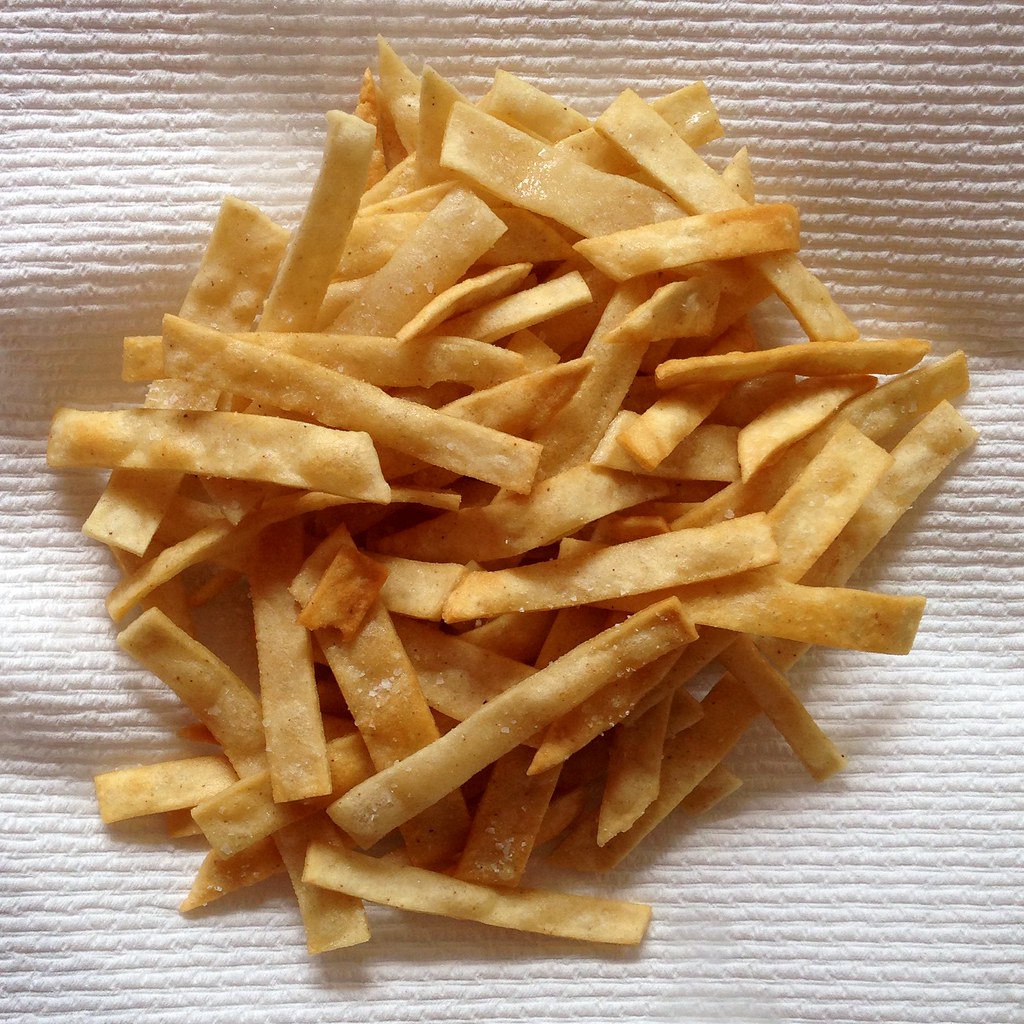 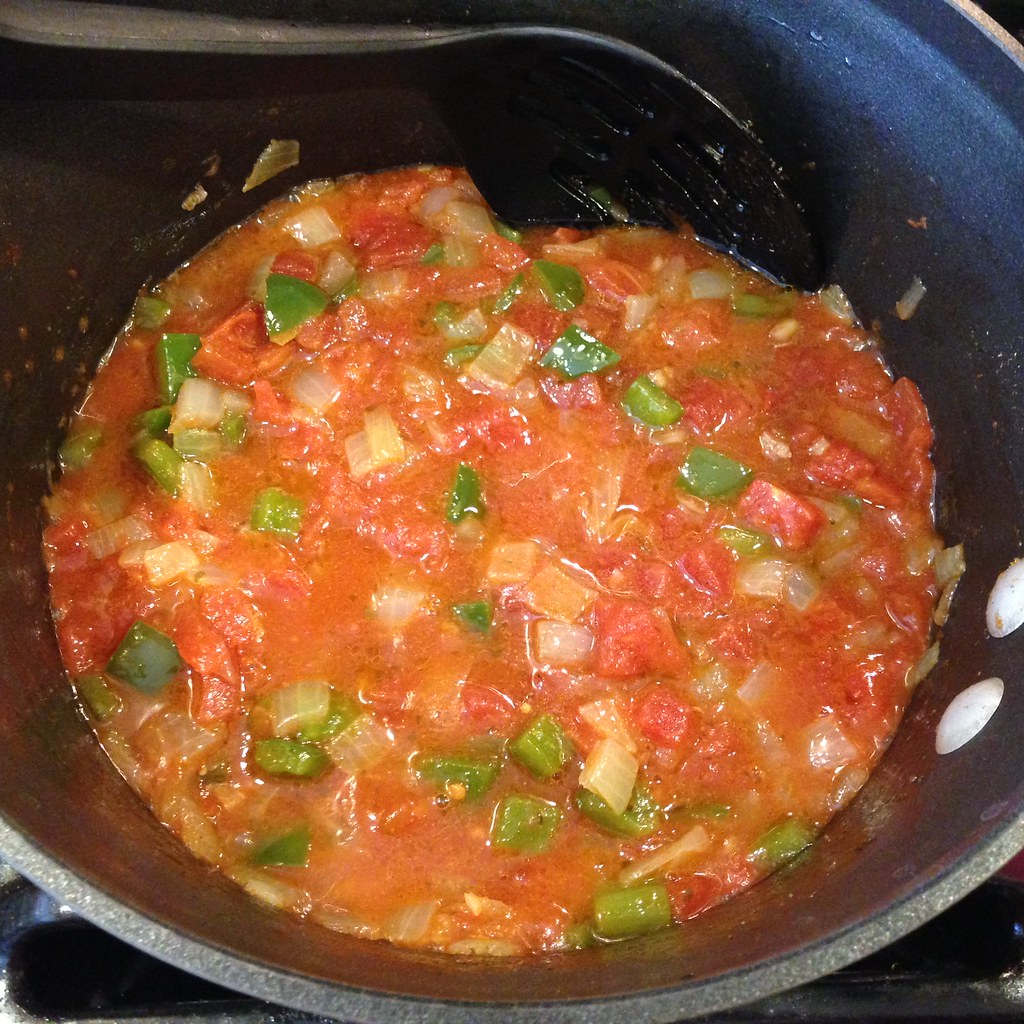 Add the tomatoes and broth.  Bring to a boil and then
reduce the heat.  Simmer for 15 minutes.  Use an immersion blender to
puree the soup, leaving a few chunks if you like.  Taste the soup at
this point and season accordingly.

Add the corn and black beans.  Mix the cornmeal with some water and add to the soup.  Stir and simmer for another 15 minutes. 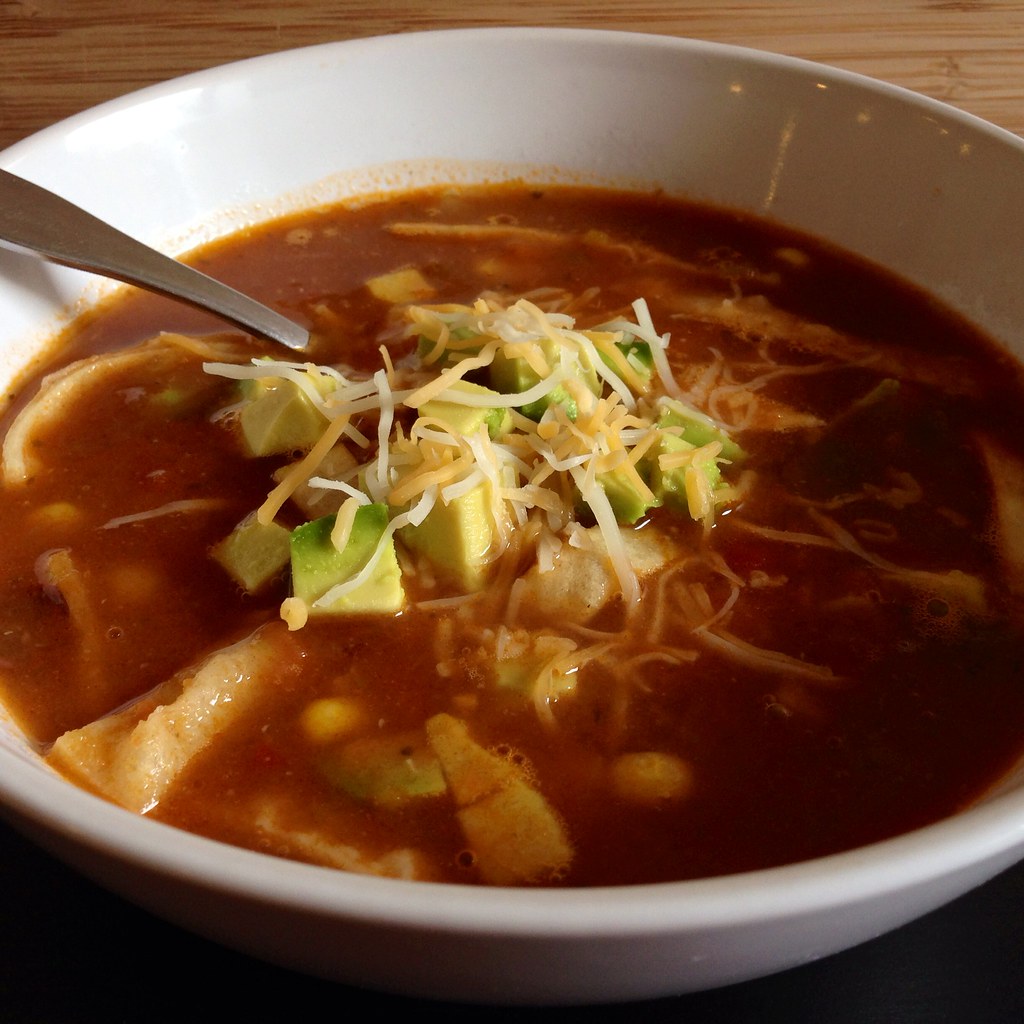 Dice the avocado and distribute half among four soup bowls.  Add half the tortilla strips equally between the bowls.  Ladle in the soup and top with the rest of the avocado, tortilla strips, and shredded cheese.  Serve with a slice of lime. 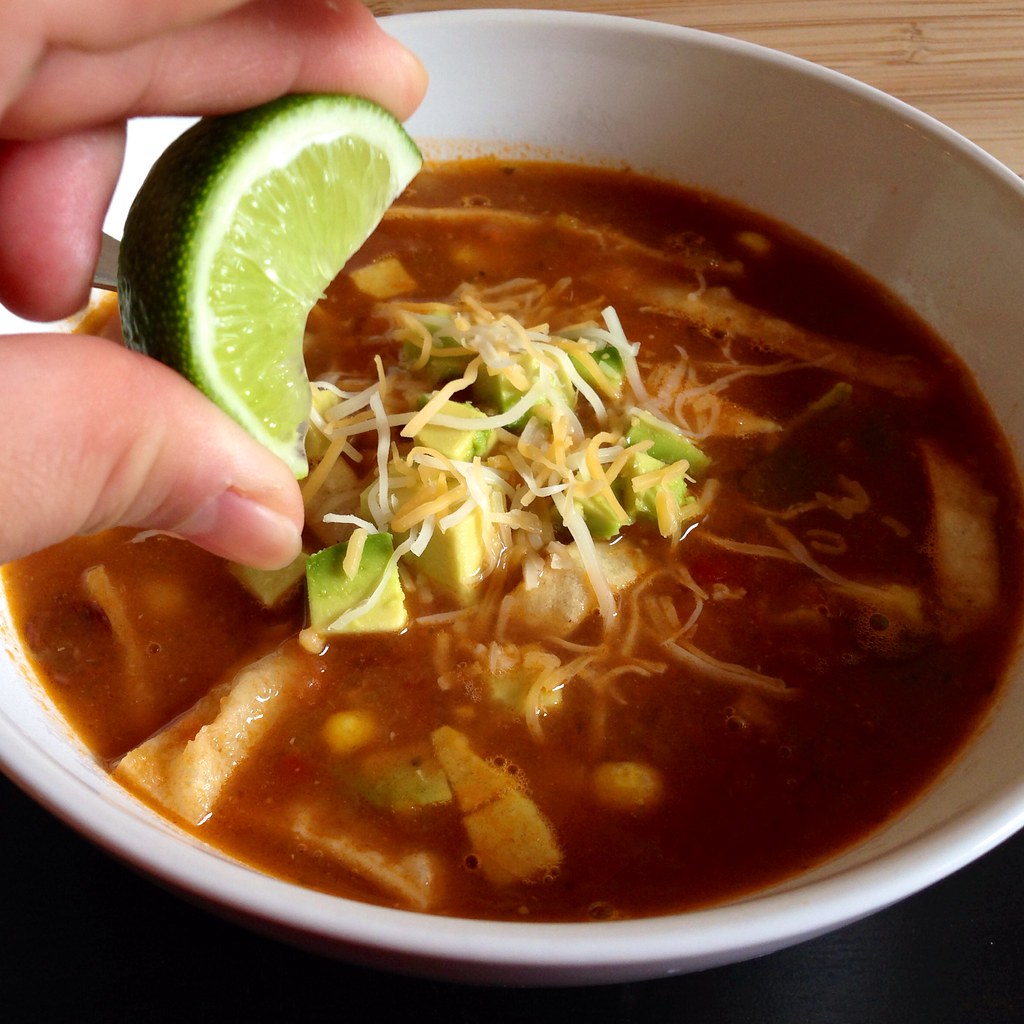 You can also top the soup with sour cream, queso fresco, and cilantro.