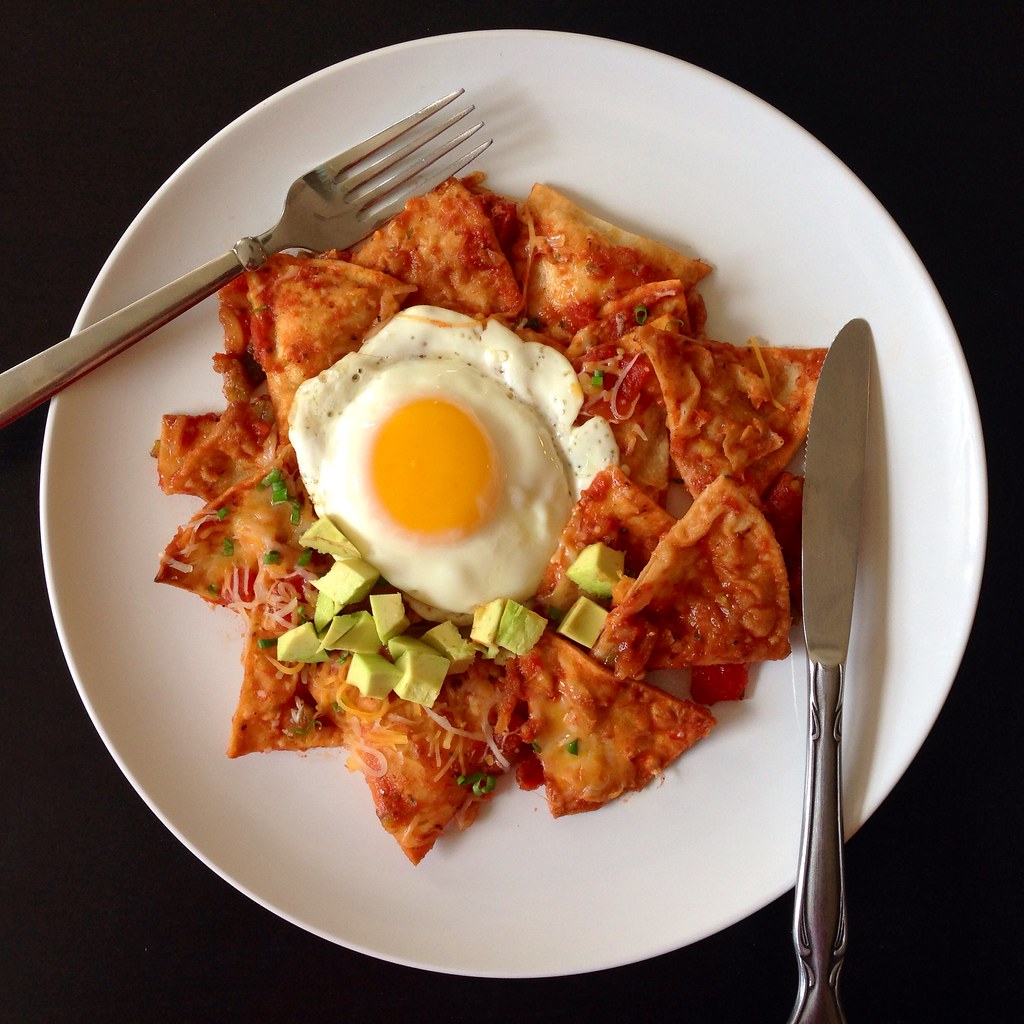 Happy Cinco de Mayo!  Confession:  I don’t really know anything about Cinco de Mayo except that it’s the day after Star Wars Day and is Mexican in origin.  But that’s enough for me to know that I can post about chilaquiles, the best thing I ate in Mexico.  I didn’t really expect the breakfast buffet at the CasaMagna Marriott Cancun to have good local food, but this dish was so yummy I went back for thirds!

It doesn’t look like much, which is maybe why I was so pleasantly surprised, but it’s ridiculously loaded with flavor and texture.  Basically, it’s just stale corn tortillas which are cut and fried, then cooked in salsa and topped with whatever you want.  Traditional toppings may include cilantro, cotija cheese, queso fresco, crema, and onions.  Since I think cilantro is the devil’s weed and didn’t have any of those cheeses, I used shredded Monterey Jack, chopped green onions, avocado, and a fried egg.  I chose to use jarred salsa instead of making my own sauce, which is why this is an “easy” recipe.  You can use pretty much use whatever salsa you want–spicy, mild, green, red–just choose your favorite one! 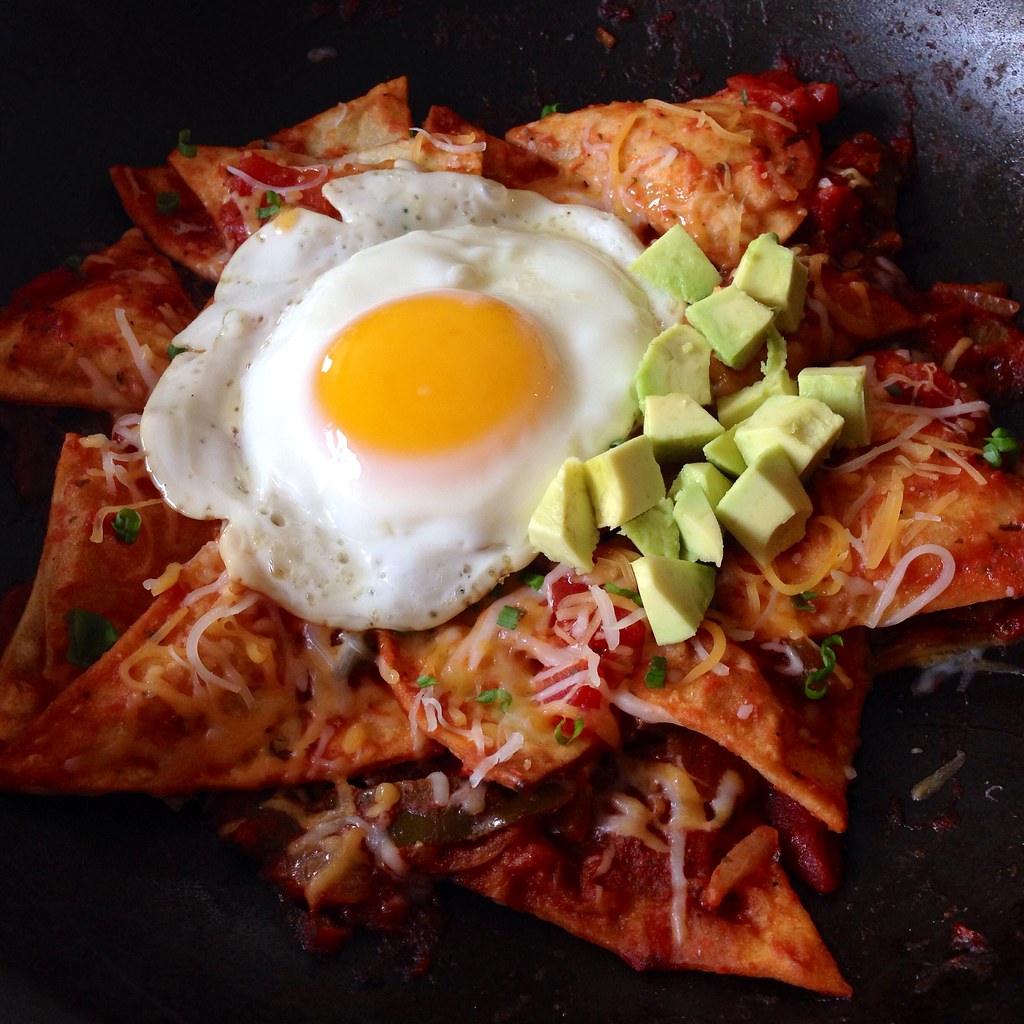 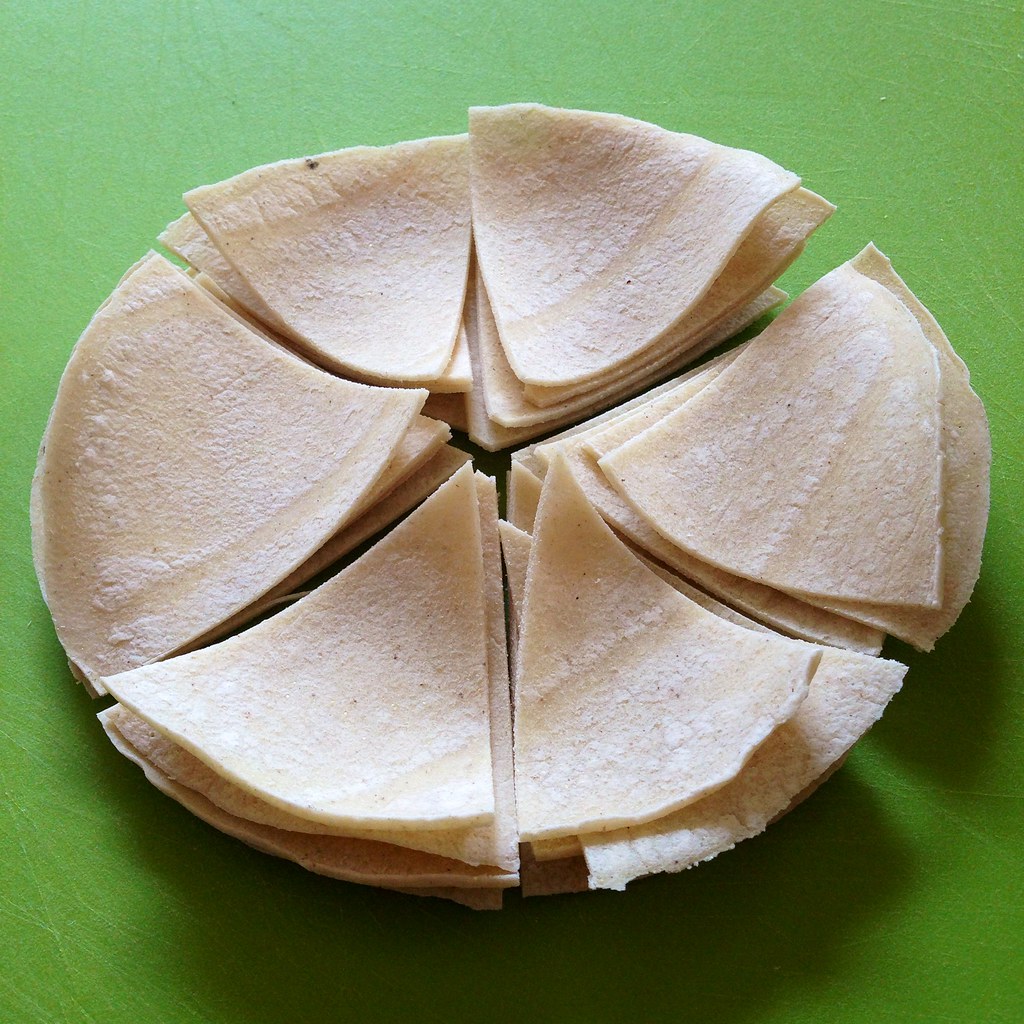 Stack the tortillas and cut into wedges.  Heat the oil in a pan on medium-high.  Cook the tortilla wedges in batches, flipping them over until both sides are golden brown.  Transfer to a plate lined with paper towels and lightly salt.  Once all the tortillas are fried, transfer most of the oil to another pan (in which you will fry the egg). 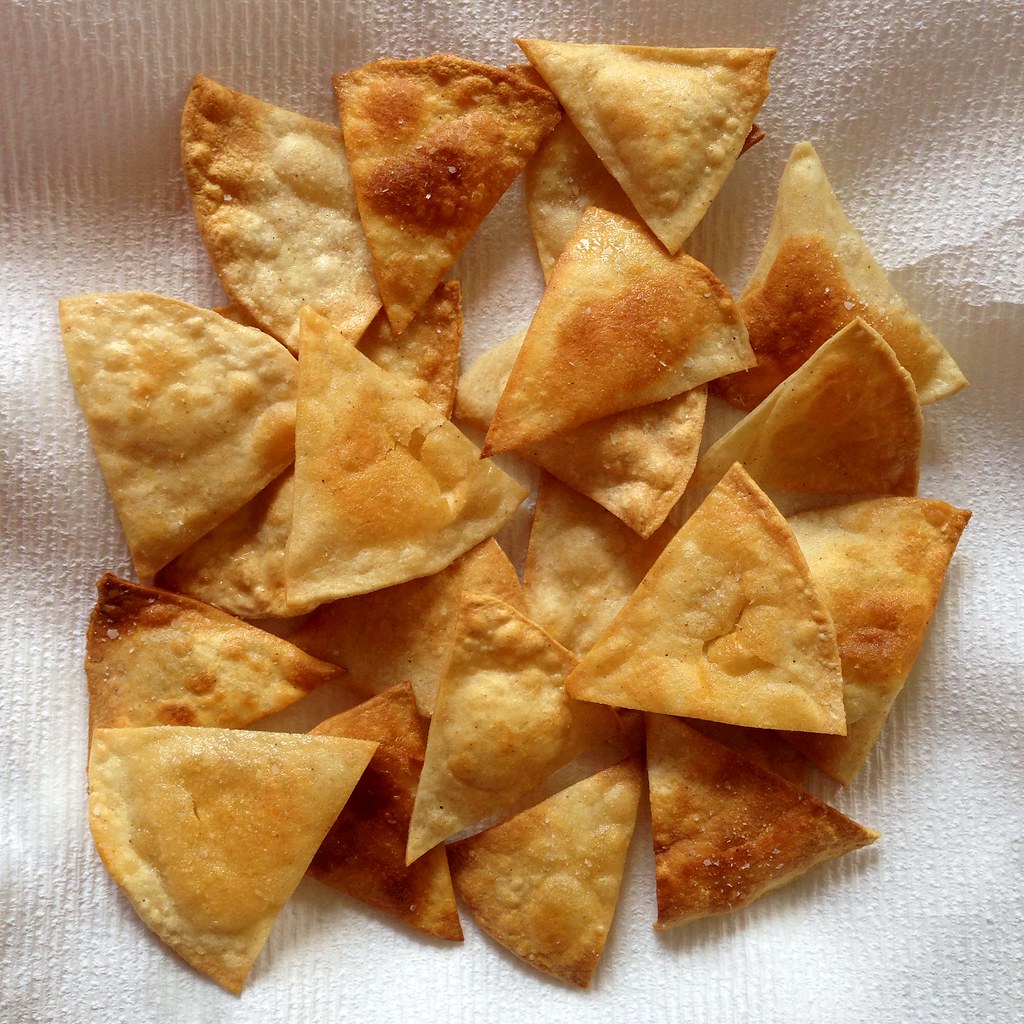 Add the salsa to first pan and heat on medium low.  Toss in the fried tortilla wedges until they are well coated. 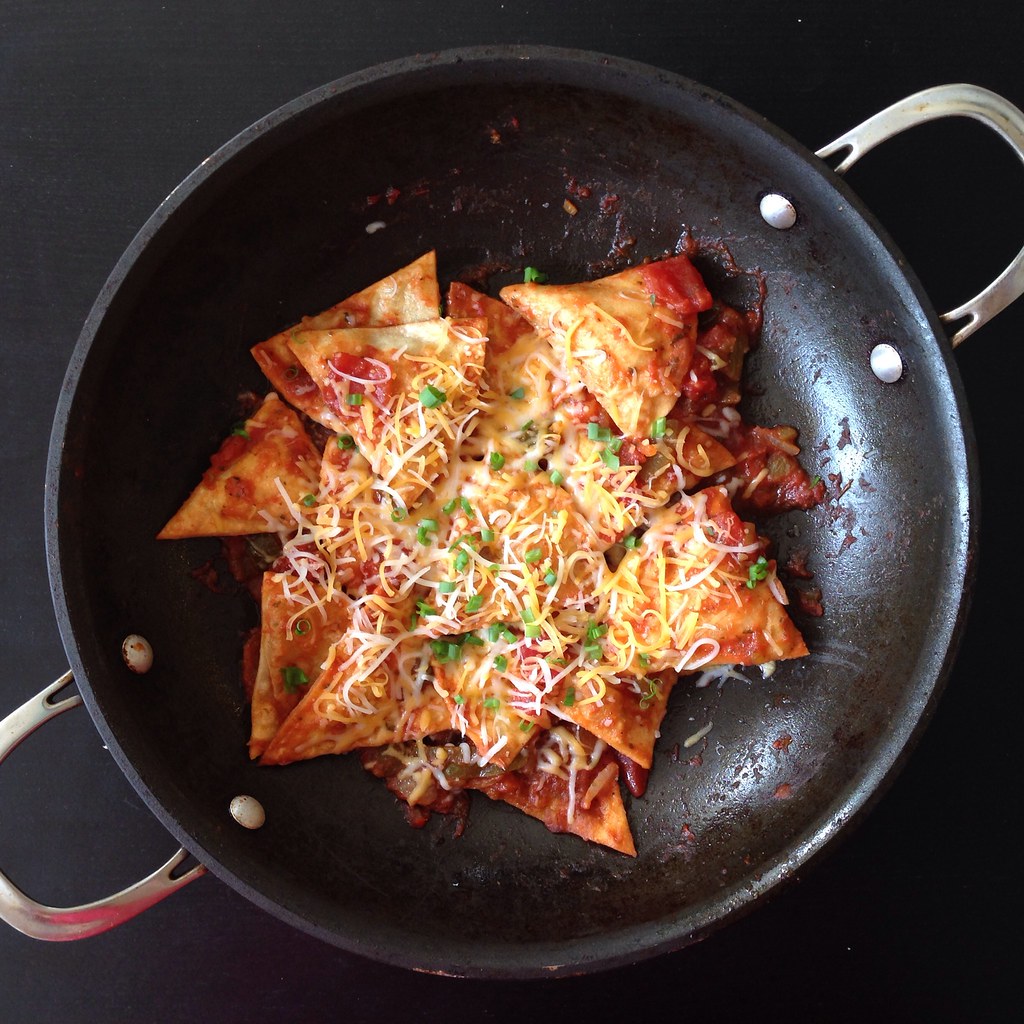 While the chilaquiles is cooking, fry an egg in the other pan.  Once the egg is almost done, top the chilaquiles with the shredded cheese and chopped onions and/or cilantro.  Slide the fried egg on top and serve with chopped avocado. 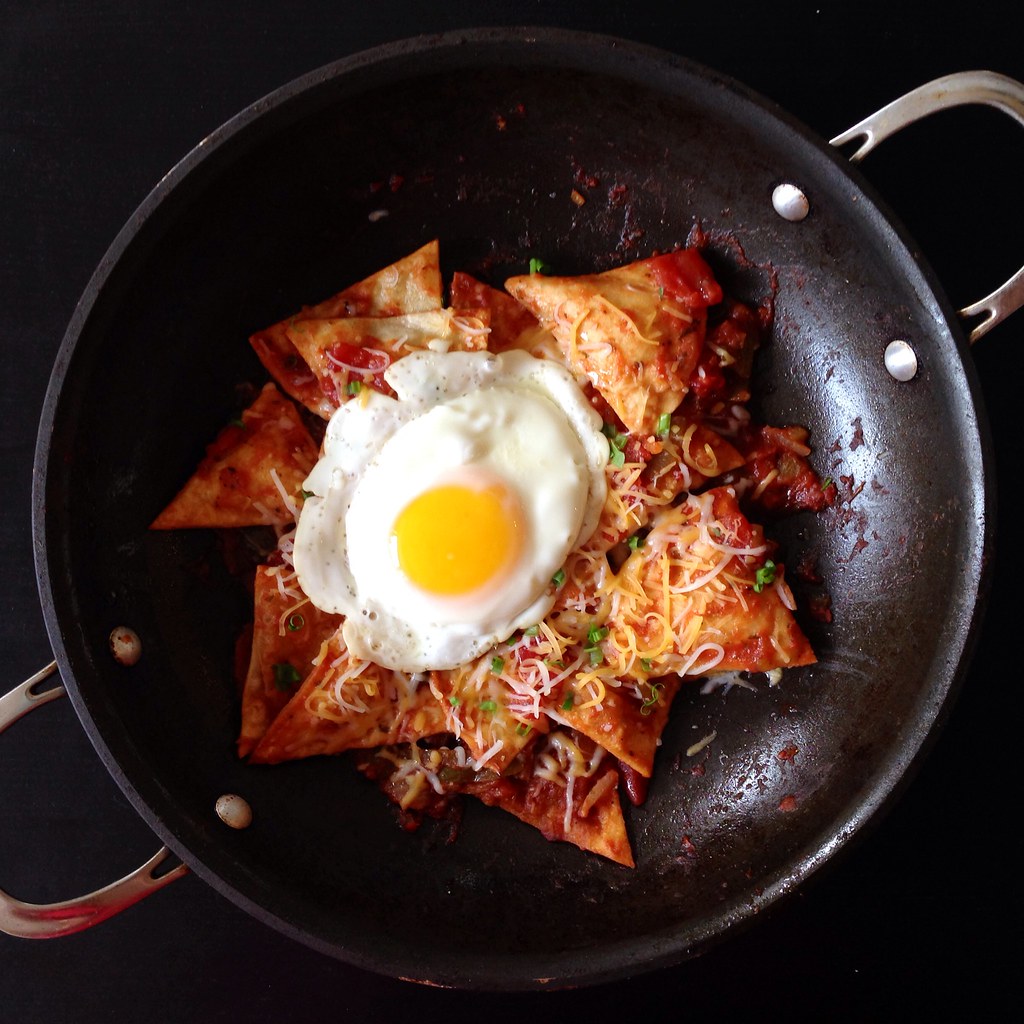 If you’re not a fan of runny egg yolks and prefer
scrambled eggs, you can also beat the egg first and mix it in with the fried
tortilla wedges when they are cooking in the salsa.  In fact, I think that’s how they made them at the resort, but it’s not nearly as photogenic.  =) 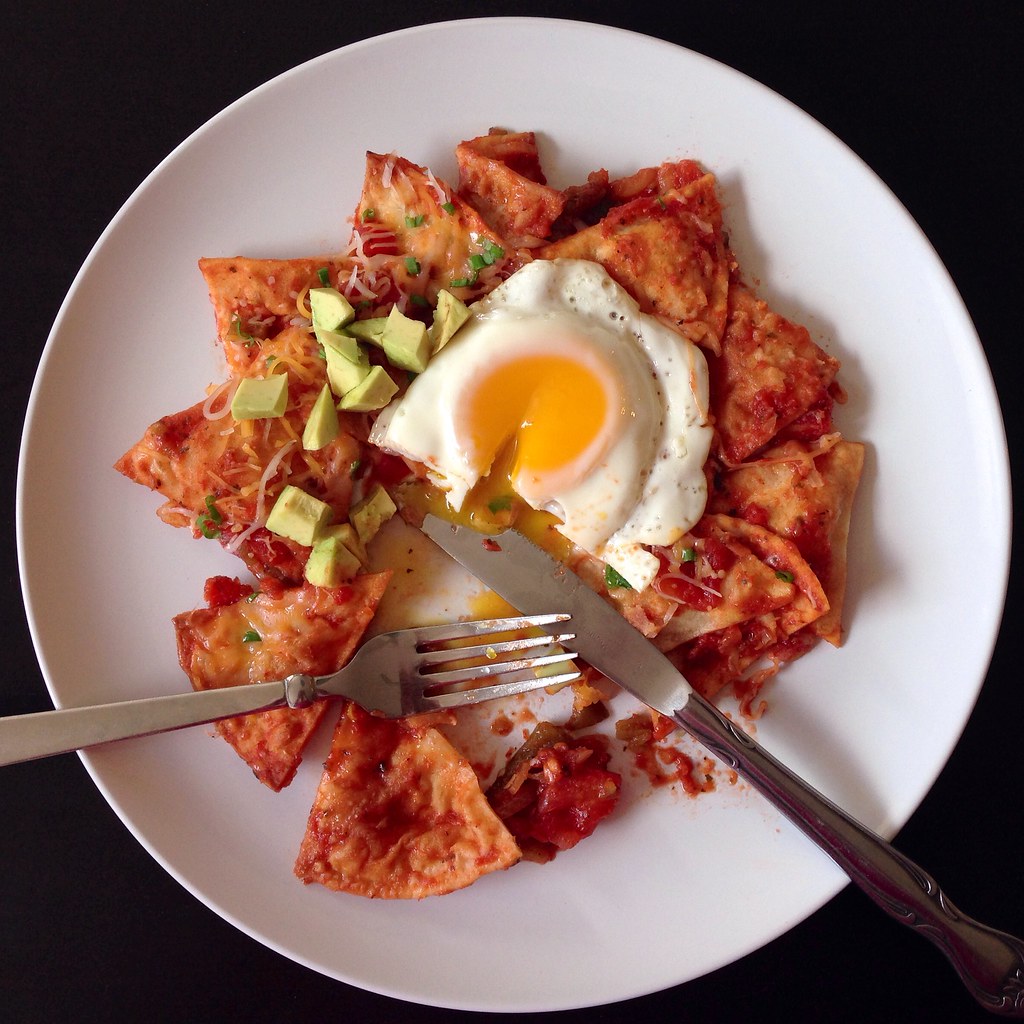