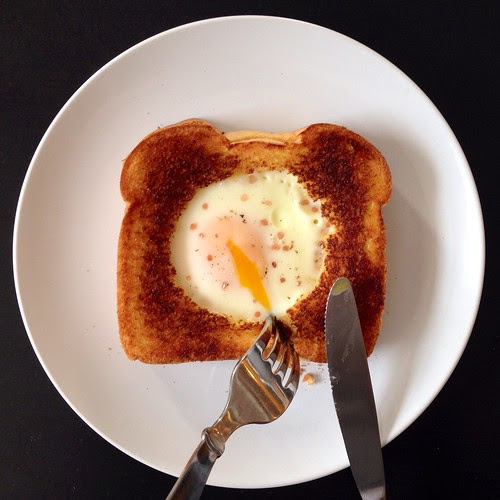 You’d think grilled cheese would be an incredibly easy thing to make, but I still remember the first time I ever tried to make one (I think I was 12 or 13) I thought I could just put a piece of American cheese between two slices of bread and toast that in the toaster oven (at least it wasn’t a toaster!).  Imagine my surprise when I bit into that combination and tasted dry, flavorless disappointment instead of crispy, cheesy glory.

Since then, I’ve learned to butter the outside of the bread before grilling it on a skillet.  It makes a vast improvement, but trying to spread cold butter on a soft slice of bread can often be another source of frustration. Then I learned a pro-tip from Five Guys:  use mayonnaise instead of butter on the outside of a grilled cheese.  It’s way more spreadable and adds just a little oomph of flavor to the sandwich.

I decided to take it up another notch by making an egg in a hole with the grilled cheese.  The hardest part of the whole endeavor was finding the right sized instrument to make the hole.  I didn’t want the diameter of the hole to be too small or else it would take too long for the egg whites to cook through, but I didn’t want it too wide either or else the height of the egg in the grilled cheese would be too low and the egg to grilled cheese surface area ratio would be too high.  I settled on using my rice maker’s measuring cup, which had a diameter of 2 ¾”.  I think a tiny bit smaller would’ve been perfect, but as you can see, it turned out okay.  =) 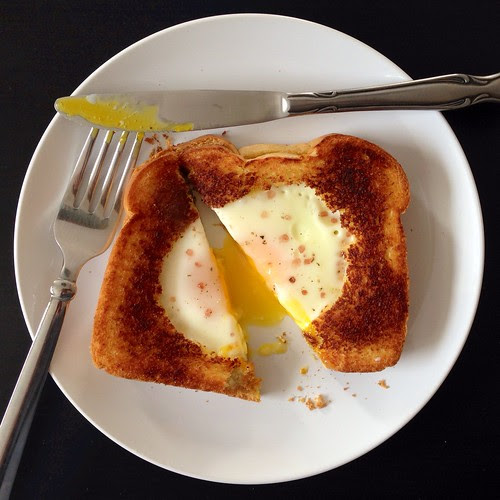 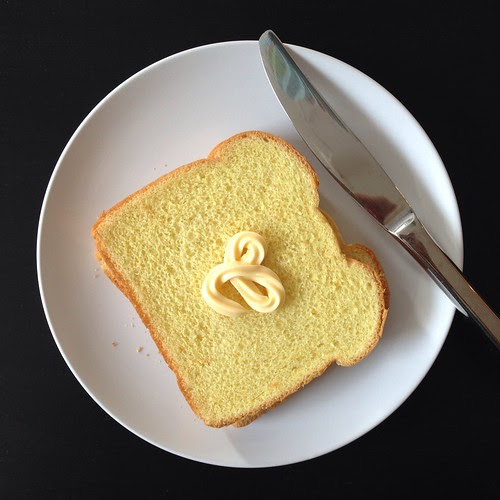 Spread a thin layer of mayonnaise on one slice of bread and place mayonnaise-side down in the pan.

Cut the cheese into thirds.  Place one-third on each side of the bread in the pan.  Cut the remaining third in half and fill in the top and bottom of the gap between the other slices of cheese, leaving a cheese-less square in the middle. 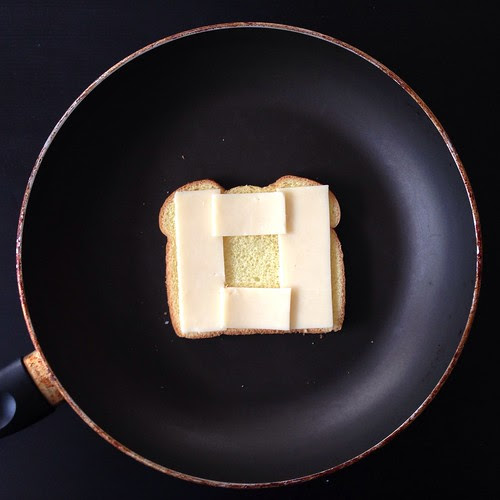 Spread a thin layer of mayonnaise on the other slice of bread and place on top of the cheese, mayonnaise-side up.  Cook for a few minutes until the bottom is golden brown. 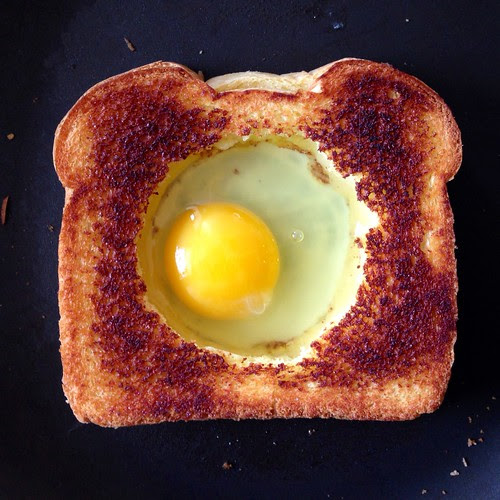 Flip the sandwich over.  Using a cookie cutter or drinking glass, cut out a hole in the middle of the sandwich about 2 ½” to 2 ¾” wide.  Remove the circle of bread (you can continue grilling this on the side of the pan) and crack the egg into the hole.  Cover and cook until the egg is set to your liking. 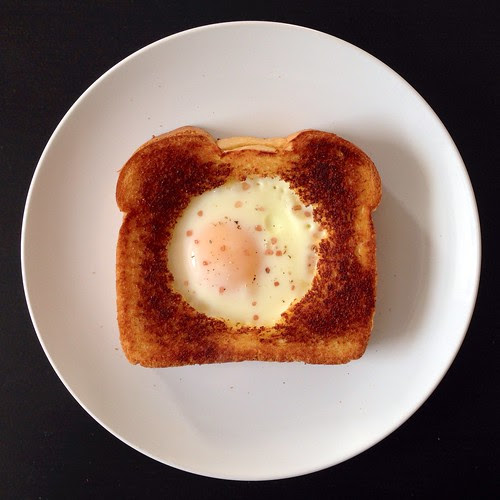 Slide the sandwich onto a plate.  Season the egg with fresh ground pepper and sea salt (I used a red Alaea salt, which is why the egg looks like it has measles).  Serve with tomato soup if you like. 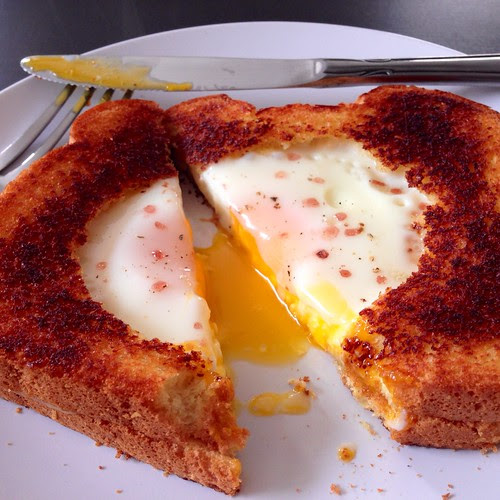 The Cooking of Joy: My Communion Bread bread