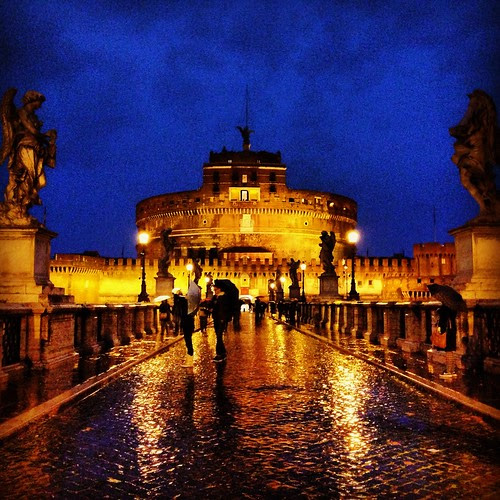 I just got back from another trip to Italy!  A couple of weeks ago, my cousin Leslie asked me if I’d like to join her on a business trip to Rome and after a quick check to see if I could fly there using my miles, I happily accepted. 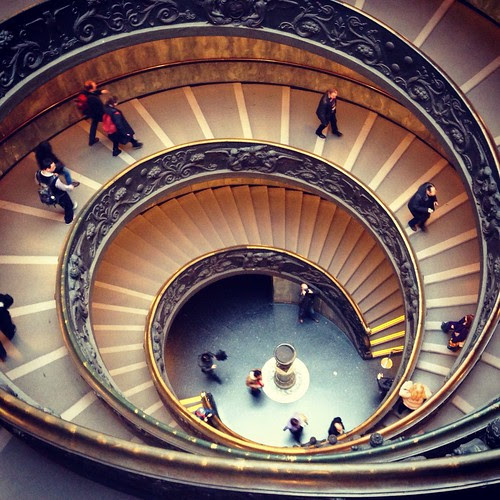 Rome in winter is quite different from Rome in the summer.  For one thing, there’s a lot less people, meaning less or no lines for attractions. Piazza Navona was basically deserted, and I had a hard time explaining to Leslie what was so magical about that square in the summertime.  The weather was in the 50s and rainy, but it didn’t stop us from eating as much gelato as we could.  I was able to revisit Grom, Il Gelato di San Crispino, and my favorite, Gelateria del Teatro (where I had to have the rosemary honey & lemon flavor again).  We also tried the gelato at Fatamorgana, which is supposedly the gelateria that started the whole natural ingredients trend. 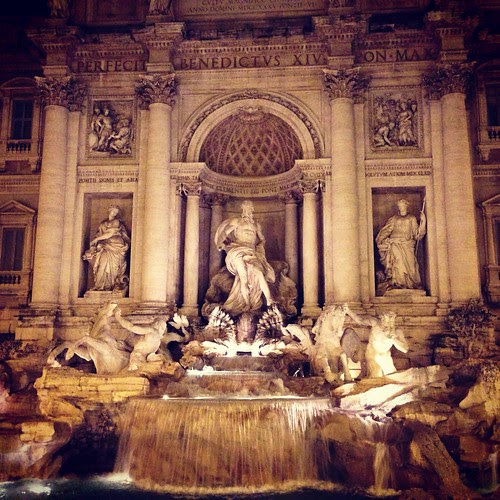 I ate a lot of pizza and pasta, some better than others (the pizza at the cafeteria in the Vatican Museum was surprisingly good, but that might be because I was hungry), but the best dish I had all vacation was the tagliatelle al tartufo bianco from Piccolo Arancio, near the Trevi Fountain.  It was the most expensive pasta on the menu, almost double the price of all the other pastas, but it was so worth it. 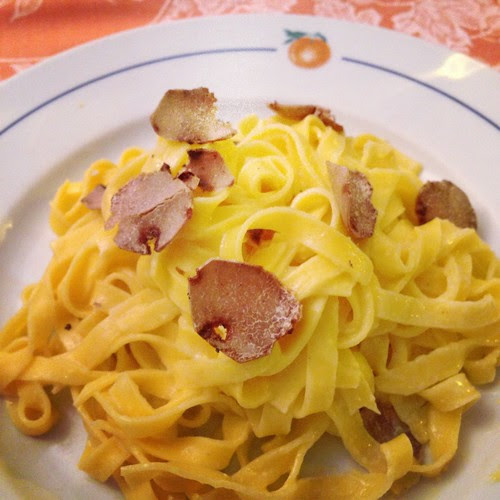 The tagliatelle must have been freshly made, and you could taste the eggs in the dough.  They were cooked to a perfect al dente and simply dressed with some salt and butter so that the white truffle flavor could shine through.  It was definitely one of those dishes that make you stop and say grace again because it’s just that good.  Naturally, I had to try to replicate it at home.

White truffle (if you can find it; otherwise a black truffle will work, too) 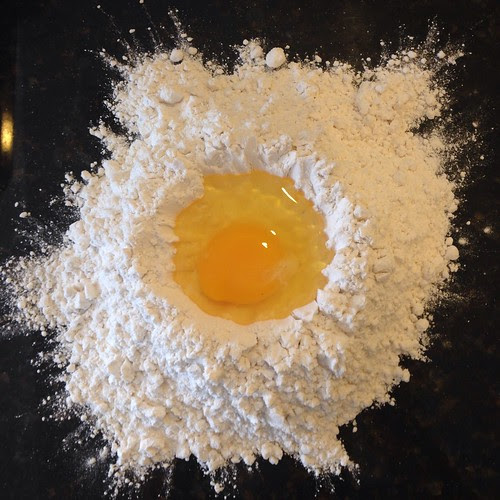 Crack the eggs into a well made in the middle of the flour.  Using a fork, gently beat the eggs and gradually draw more and more of the flour into the mixture until it forms a dough.  Knead the dough for several minutes until it is smooth and elastic.  Cover and let rest while you go find your pasta maker and set it up. 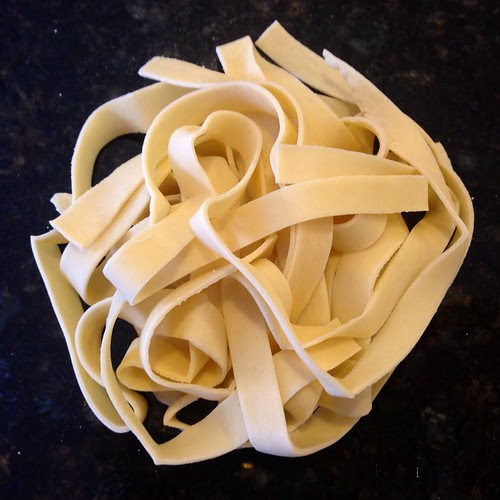 Fold the long strip of rolled dough into thirds and then one or two more times on the same axis so that you you have a manageable length to cut. Cut the dough into quarter-inch strips and unroll the noodles.  Repeat the rolling and cutting process with the other half of the dough.  Let the noodles rest and dry a bit while you boil a pot of salted water. 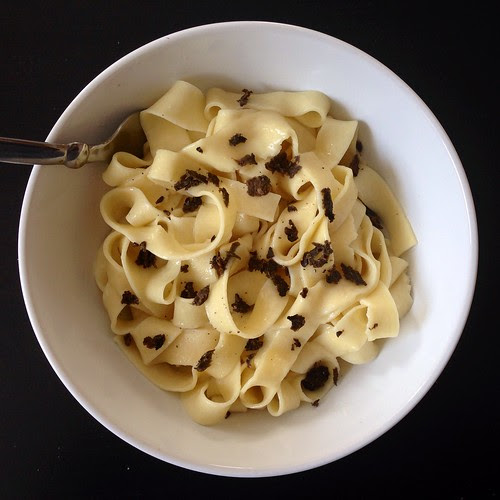 Sadly, mine doesn’t look nearly as good as the dish I had a Piccolo Arancio, but I think it tastes almost as good! 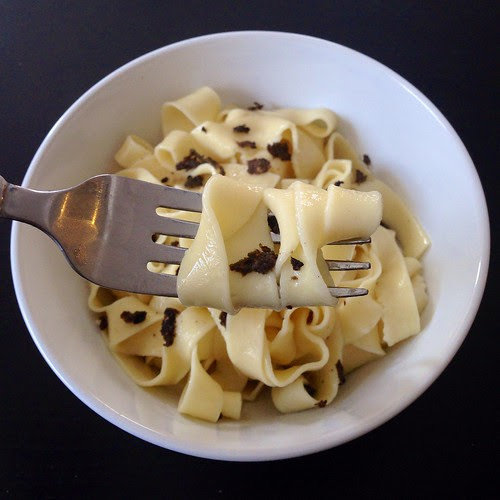