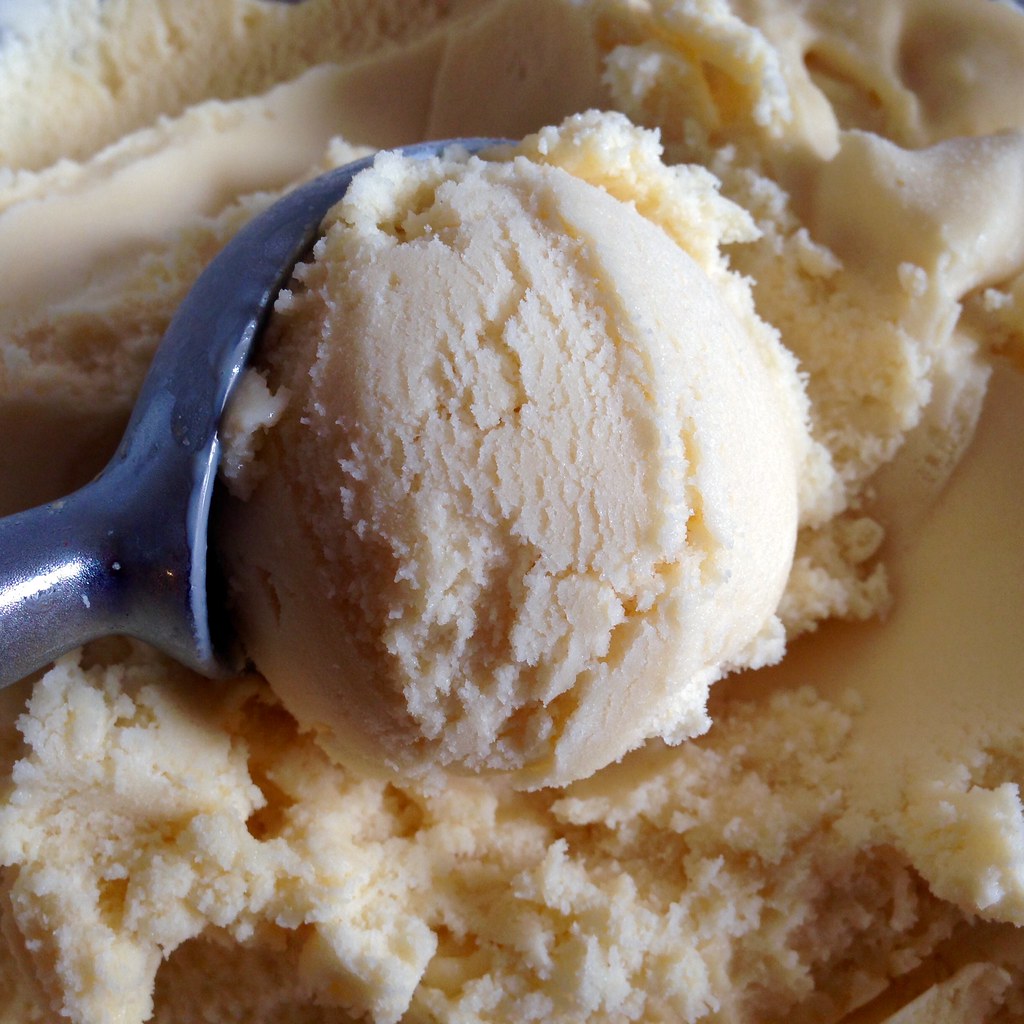 Most homemade ice cream recipes call for using egg yolks to reduce the iciness and increase the body of the ice cream since most consumer ice cream machines can’t produce the same texture of commercially produced ice creams.  Then Jeni Britton Bauer came along with her genius eggless ice cream base that used cornstarch to thicken and cream cheese to provide the protein.  Since I don’t usually like tasting eggs in the ice creams I make, I’ve been using her ice cream base for years with amazing results. 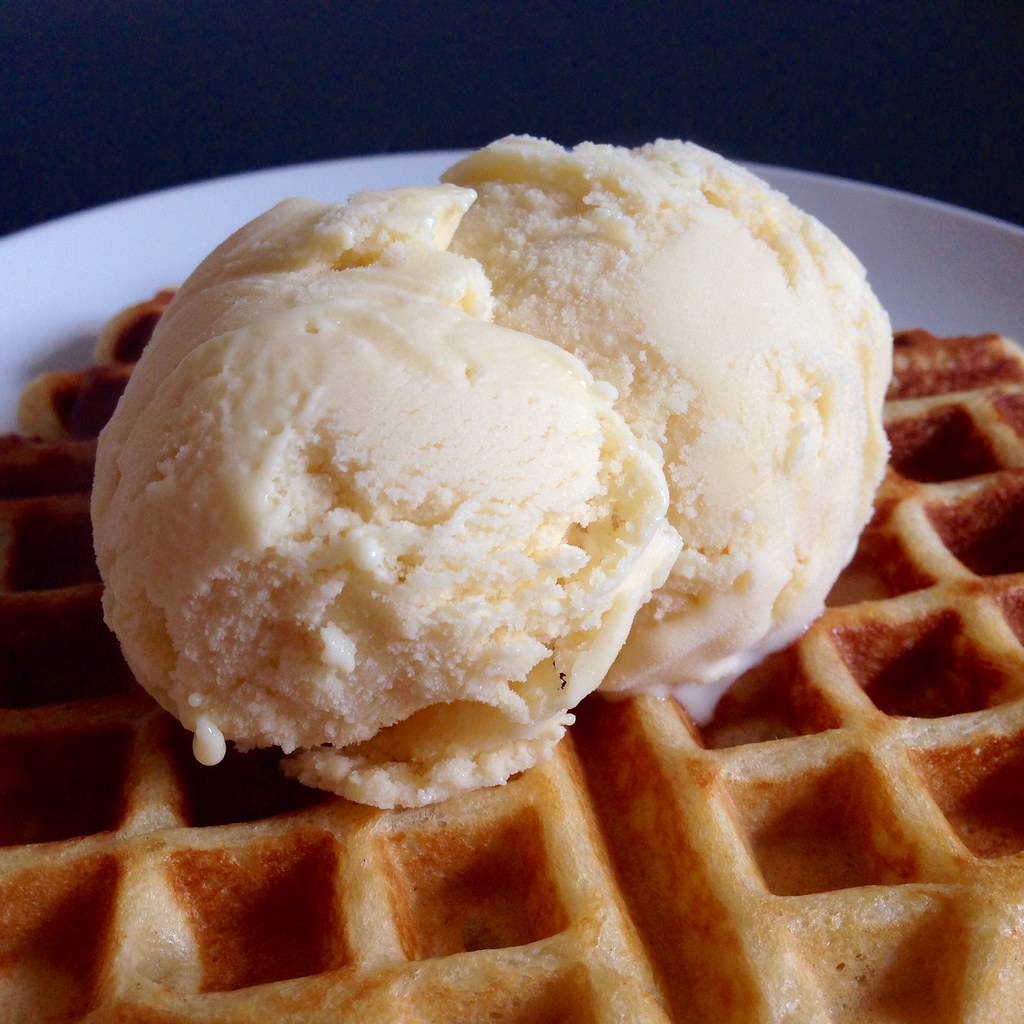 So when Jeni came out with a new book which included a recipe for a frozen custard, I knew I had to try it to see if I would like it as much as her other ice creams.  The answer, my friends, is a wholehearted yes!!!  This is basically the French vanilla ice cream of my dreams.  It’s rich with vanilla flavor that’s deepened with the addition of salt.  Instead of being an unwanted distraction, the egg yolks truly belong here. I couldn’t stop eating this by the spoonful while it sat in the freezer to harden after churning.  While it’s great by itself, it goes perfect with pies and waffles and anything else you can think of!  Do yourself a favor and try it on a waffle topped with mango passion caramel sauce.  You can thank me later.  ^_^ 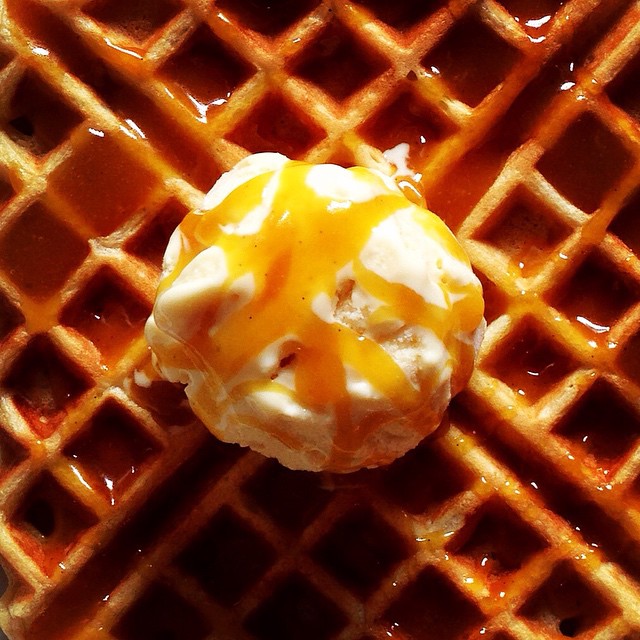 Mix about 2 tablespoons of the milk, the egg yolks, and cornstarch in a small bowl and set aside. Whisk the cream cheese, salt, and vanilla in a medium bowl until smooth. Fill a large bowl with ice and water.

Combine the remaining milk, the cream, sugar, and corn syrup in a 4-quart saucepan, bring to a boil over medium-high heat, and boil for 4 minutes. Remove from the heat and gradually add about 2 cups of the hot milk mixture to the egg yolk mixture, one ladleful at a time, stirring well after each addition. Pour the mixture back into the saucepan and heat over medium heat, stirring constantly with a heatproof spatula, just until the mixture comes to a boil. Remove from the heat and strain through a sieve if necessary.

Gradually whisk the hot milk mixture into the cream cheese mixture until smooth. Pour the mixture into a 1-gallon Ziploc freezer bag and submerge the sealed bag in the ice bath. Let stand, adding more ice as necessary, until cold, about 30 minutes.

Remove the frozen canister from the freezer, assemble your ice cream machine, and turn it on. Pour the custard base into the canister and spin until thick and creamy.

Pack the custard into a storage container. Press a sheet of parchment directly against the surface and seal with an airtight lid. Freeze in the coldest part of your freezer until firm, at least 4 hours. 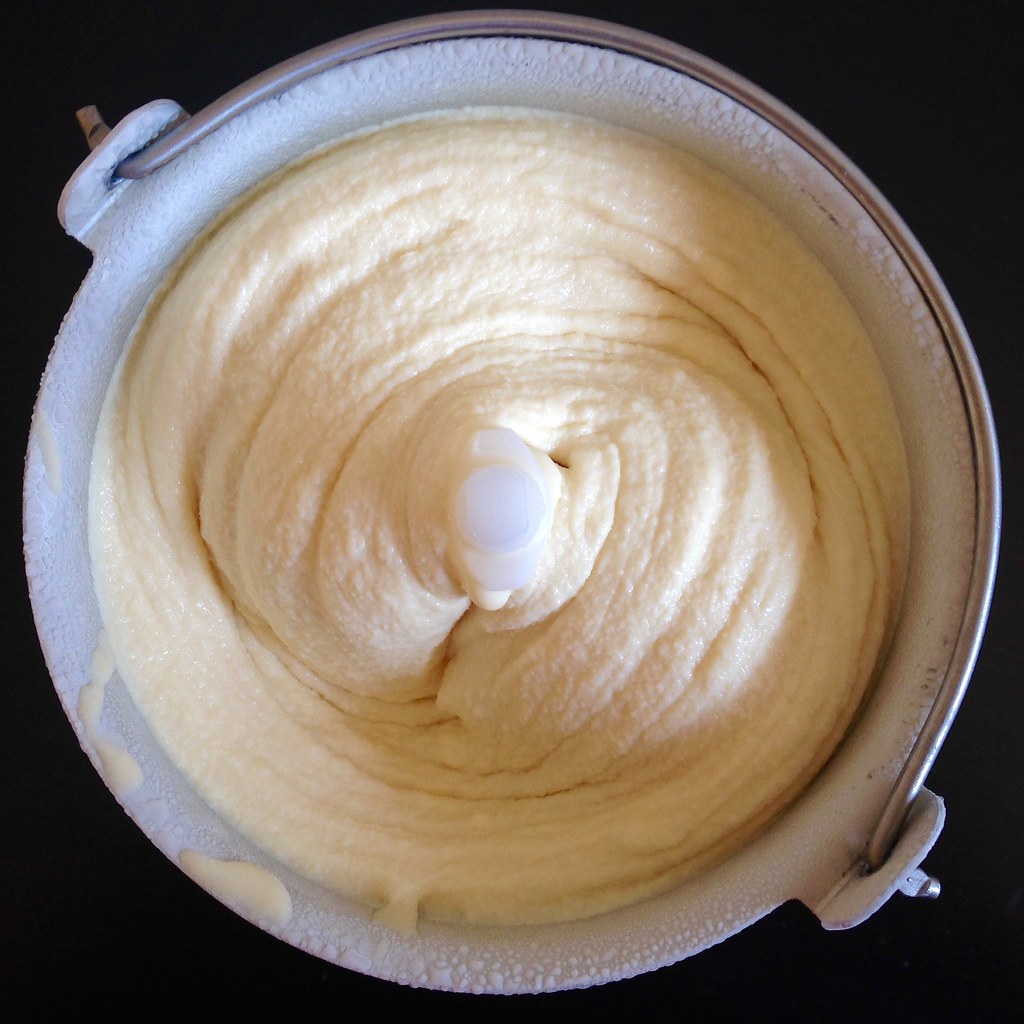