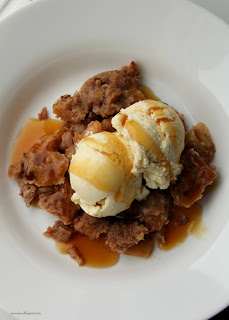 We’re not even one sentence into this post and I’ve already lied to you.

See… the thing is… there’s no apples in this apple crisp. Apples have a lot of natural sugars so aren’t really keto friendly.

I promise though, this is still an apple crisp. It’s magic. It tastes just like an apple crisp even though you are not using apples. Want to know what the secret ingredient is that makes this magic?

According to MyFitnessPal, this recipe per serving (makes 8) is: 274 calories, 27 fat, 6.1 carbs, 2.7 fiber, and 4.6 protein. That’s 3.4 net carbs per serving. Throw on some keto ice cream (like KetoSkream and some sugar free syrup and it comes out at about 5 net carbs) 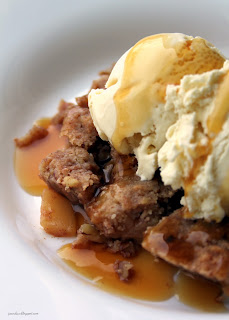 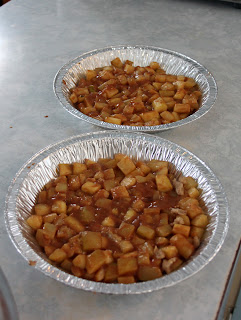 Combine topping ingredients and then sprinkle evenly over the zucchini. 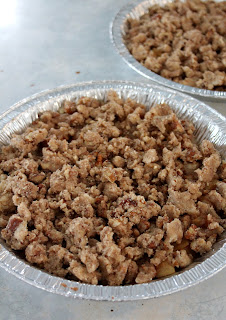 Bake in 350 oven until bubbly and browned, about 30 minutes. 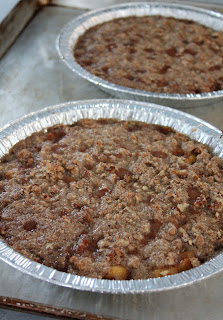 Can serve hot or room temperature. 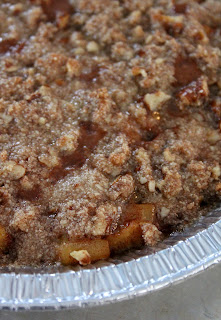 If you peel the zucchini it looks even more like apples but you don’t have to. I often leave the skin on. 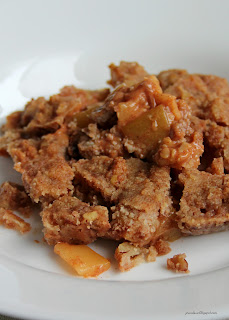 You will be amazed at how much this smells, looks, and tastes like “real” apple crisp. 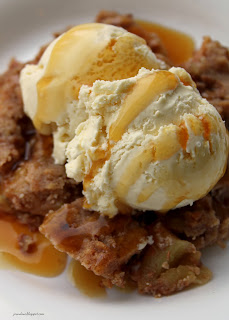 Throw on some caramel and ice cream and you will fool even the pickiest of eaters. 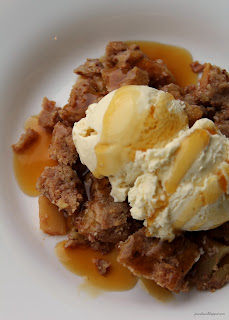 Don’t skimp on the cinnamon and try to use fresh lemon juice. I’ve made it with bought lemon juice and it is still delicious but fresh is better! FYI – you can also use regular granulated Swerve if you don’t have the brown sugar Swerve.

Only 3.4 net carbs for a ridiculously tasty dessert (5 net with ice cream and syrup).

Even if you are not low carbing it, give this a try! It’s magic. For real.