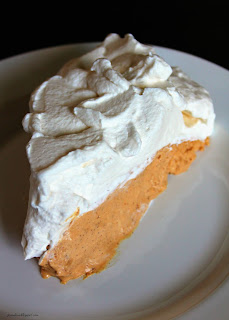 Pumpkin pie is one of those desserts that I enjoy but don’t usually make BUT if it’s Thanksgiving or Christmas I HAVE TO have it.

I have been eating low carb/keto for a while now and “regular” pumpkin pie definitely doesn’t qualify as either of those things. I came up with this keto friendly pumpkin cheesecake and it is soooo tasty! You’d never know it was low carb, except for it not having a crust.

I always tell people that eating low carb doesn’t mean you have to feel like you are missing out on your favorite meals/treats. This pumpkin cheesecake is a perfect example. All the deliciousness and only a fraction of the carbs and sugar. I count it as a big win! Place cream cheese in a food processor and process until smooth, scraping sides as needed. Add in pumpkin, Swerve, vanilla, cinnamon, coconut flour, and eggs. Process until just combined. (You can also do this with a hand mixer if you prefer)

Pour into an 8 or 9 inch pie plate and bake approximately 30 minutes: until set. (An 8 inch pie pan will take a bit longer than a 9 inch pan, just keep checking)

NOTE – you can also use an 8 or 9 inch springform pan. Line the pan with parchment paper before you fill it. 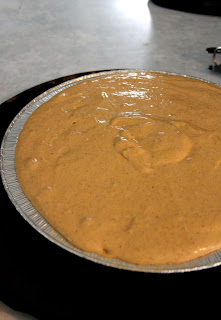 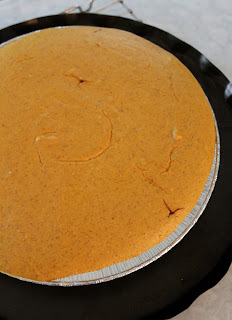 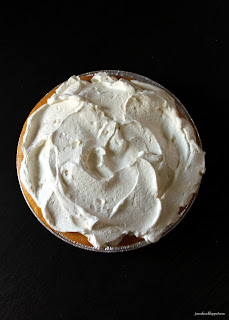 A beautiful dessert for the holidays or for everyday. I used canned pumpkin puree but you could also make your own. Just remember not to use canned pumpkin pie filling – it has sugar and spices already in it and won’t be keto friendly. If you are counting carbs: this cheesecake is 8 servings and each serving is 6 carbs, 1 fiber for a total of 5 net carbs.

Not too shabby at all!

Whether you are counting carbs, cutting down on sugar, or eating gluten free, this dessert fits the bill. Plus it only takes a few minutes to whip up! Not mad about that 🙂