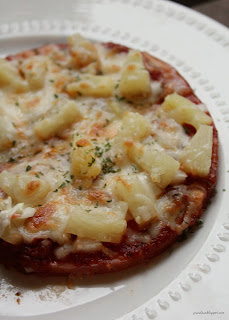 One of the things I miss when following keto is pineapple. Its very high in sugar so you can’t have very much of it. Hawaiian pizza is my favorite kind of pizza but I have being forgoing it for pepperoni or vegetarian pizza. I was sooooo excited when I came up with a way to have Hawaiian pizza and keep the carbs really low! It’s all about what to use as a crust. I went with a Schneider’s ham steak. yep, that’s right…. ham crust! Best. Decision. Ever.

According to MyFitnessPal the nutritional counts (makes 2 servings) are: 214 calories, 11 fat, 7 carbs, 0 fiber, 22 protein. That’s 7 net carbs for a big serving of pizza! 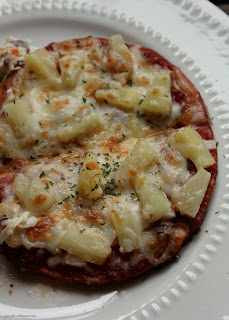 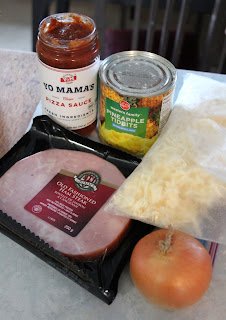 Preheat oven to 350. Line a cookie sheet with parchment paper, set aside.

Cut ham steak in half, as per photo below. 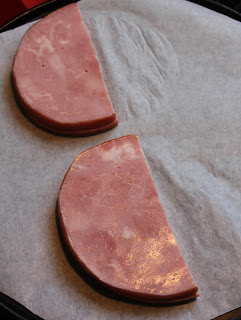 Then cut each half in half again, this time horizontally, as per photo below. Open ham out to form circle. 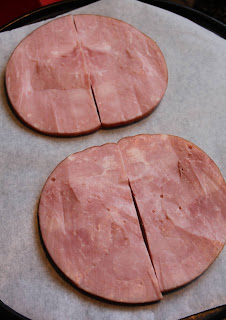 Cook at 350 for about 10 minutes, until heated through.

Top both rounds with sauce, onion, and pineapple. 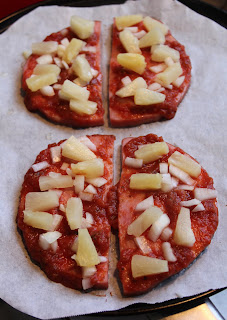 Then top with the mozzarella cheese. 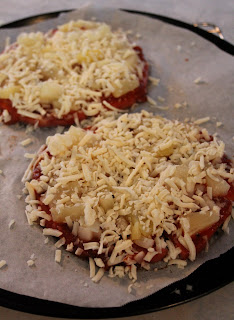 Place back in oven and cook until cheese is melted, about another 10 minutes. 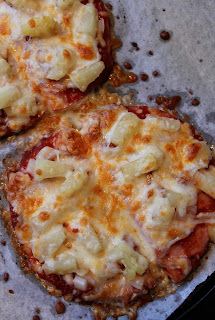 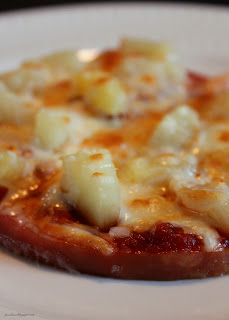 You can eat with a fork and knife but it is sturdy enough to pick up. 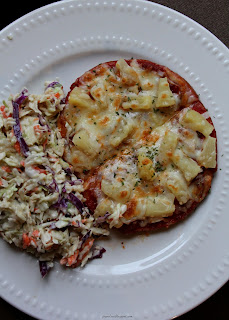 I added a keto coleslaw alongside to get some more veggies in and *voila* delicious and filling keto meal. 1/4 cup of pineapple chunks may not seem like a lot but it is just right! Very pineapple-y and yet still low carb! FYI – This makes 2 generous servings and is super simple to double or triple.