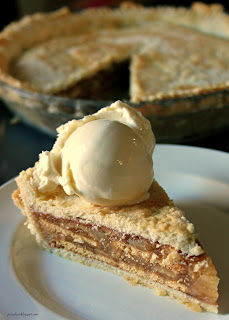 I have wanted to make this pie FOREVER. I don’t know why I waited so long to try it. It’s magic you guys. Complete and utter magic. I love it when you make a food that tastes like another food and you can trick people. This pie, for example, looks and tastes like an apple pie. For real. You’d never know it wasn’t apple pie except for a slight texture difference. The thing is… there are NO apples in it. At all. None. Nada. Zero. Crazy right? (Check out our What Do You Mean It’s Not Apple Apple Crisp HERE for another magic recipe!)

Obviously we didn’t create this recipe but we are excited to share it with you. Have you tried it yet? A few friends grew up with it and love this version. I was worried about the pie not being deep enough because I used a larger pie plate so I layered some extra crackers in the filling. If you don’t do this then you will not get those layers you see in there and it will completely look like apple pie. If you layer in extra crackers then it kind-of ruins the effect *lesson learned* but does not affect the taste!

Pie crust for a double pie (Our recipe HERE)

Place one pie crust into an 8 inch pie plate sprinkle with a pinch of cinnamon. Set aside. 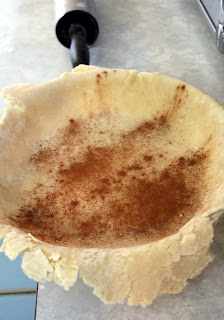 If you want to add a layer of crackers then you can do it now… totally optional though and this will affect the look of the pie!!! 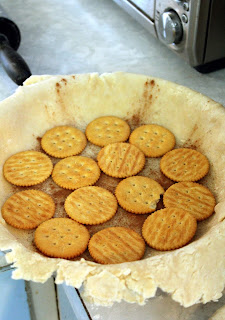 In a medium saucepan over medium heat, bring water, sugar, and cream of tartar to a boil. Add in the Ritz crackers and simmer, stirring every so often, for 5 minutes. 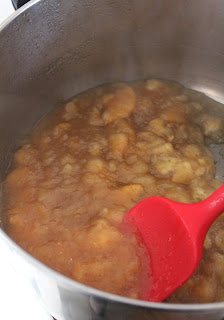 Remove from heat, stir in the lemon juice. Pour into the crust. Sprinkle with the 1 tsp of cinnamon. (If you want to add extra crackers then you can pour in half the filling, layer crackers, pour in the rest of the filling. Again, totally optional.) 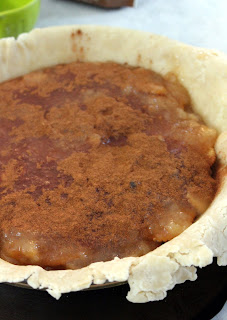 Place the remaining pie crust on top of the pie and seal the edges together with a fork or by pinching together with your fingers. Brush the top of the crust with the beaten egg and sprinkle lightly with the sugar. 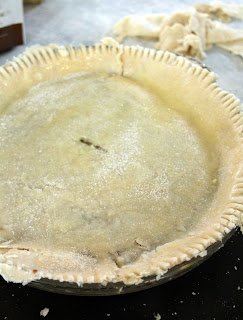 Bake at 400 for 15 minutes. Turn down the heat to 350 and continue to cook another 20 minutes or so – until the crust is golden brown. 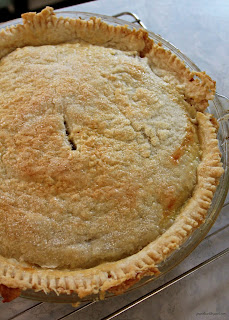 Remove from heat and let cool. 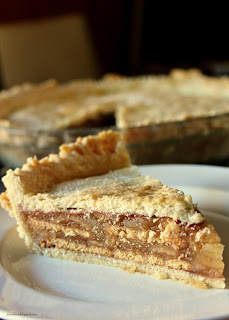 Slice that baby up and enjoy. 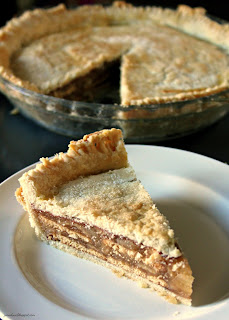 Just to reiterate – I put in extra cracker layers that is why you can see them in there. If you do not add extra crackers then it will look more like apple pie. 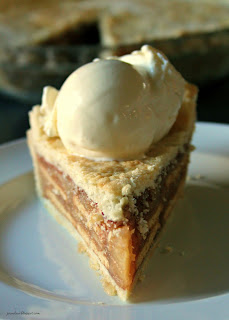 Throw on some ice cream and see if anyone notices it’s a magic pie. 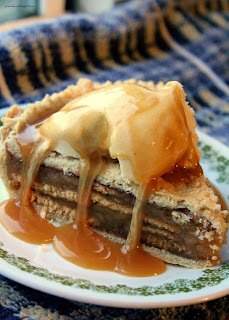 Heck… throw on some caramel sauce on top of the ice cream and *boom* impress EVERYONE in the room. Okay… die hard apple pie fans might figure out something is up… but it’ll be a conversation starter for sure. Next time I make it I won’t add the extra cracker layers and I’ll post a pic of how much more apple pie-y it looks!

Have you got a magic recipe that tastes like one thing but is actually another? We’d love to hear about it!