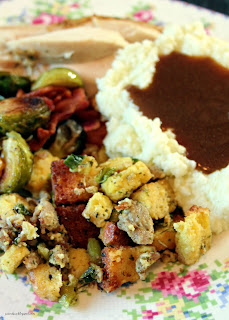 A few months ago I set out to make an entire Thanksgiving meal that was keto friendly (Be sure to check back for that post).

One of my favorite dishes to come out of that was this keto stuffing. It is delicious and you’d never know it wasn’t “regular” stuffing. You only use half the loaf of bread you make which means you can make a delicious, keto friendly French toast with the other half! You can’t lose!

I’m going to post 3 recipes in this post: the first is for the bread, the second will be for the stuffing, and the third will be for the French toast. Be sure to pin or save this recipe for your next holiday dinner! It’s a keeper. 🙂

FYI – I find the bread eaten on it’s own does taste a little eggy BUT in the stuffing and as French toast it is not eggy at all. 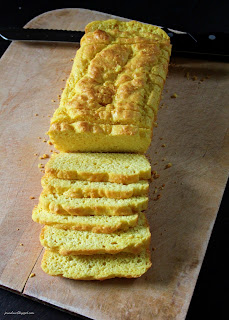 Beat egg whites and cream of tartar until soft peaks form. Set aside.

Beat yolks, butter, almond flour, baking powder, and salt. Beat in 1/3 of the egg whites. Dough will be lumpy and thick. Fold in remaining egg whites – do not overmix!

Spread into the prepared loaf pan. 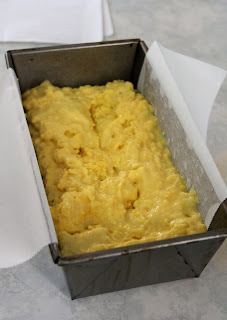 Bake at 375 for approximately 30 minutes. Toothpick inserted near center should come out clean. 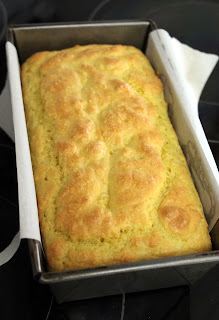 Let cool about 10 minutes and then remove to wire rack. 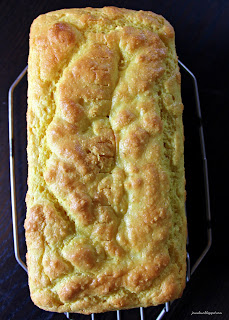 Let cool completely before slicing into 20 slices. If you look closely at the above photo you can see I marked off where to cut the slices to make them even. Not necessary but I find it makes cutting the bread easier. 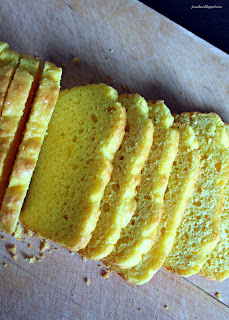 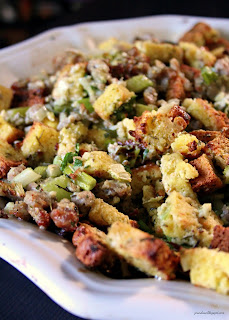 Preheat oven to 200. Line a cookie sheet with parchment paper and set aside.

Cut the keto bread into cubes. 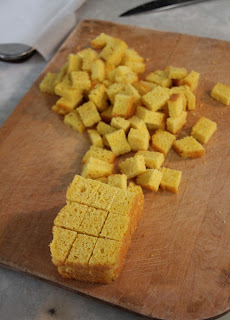 Place on cookie sheet and sprinkle with the parsley, rosemary, and thyme. 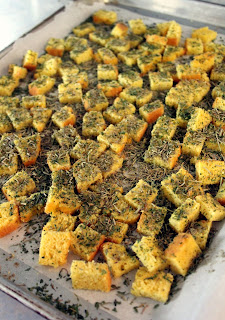 Bake at 200 for an hour. Give it a stir at the half way mark to ensure even cooking. Bread should be browned and toasty. 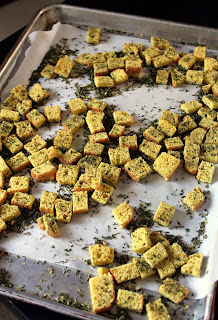 Remove from oven and set aside.

In a large bowl place the onion, green onions, celery, garlic, and sausage. Stir in the toasted bread. 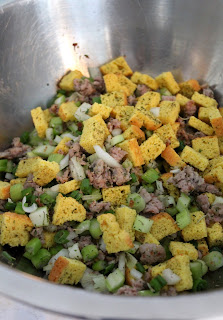 In a separate bowl, whisk together the broth, whipped cream, and eggs.

Pour this over the bread mixture and stir very gently. (I use my hands) 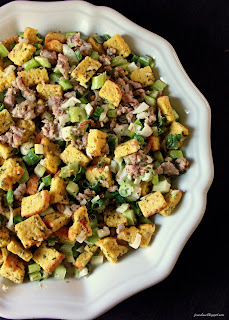 Bake at 350 for about an hour, stirring at the half way mark. 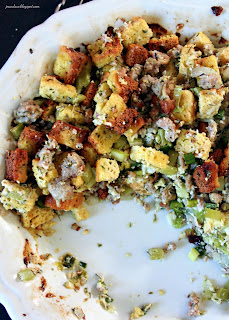 Leftovers reheat well in the microwave. 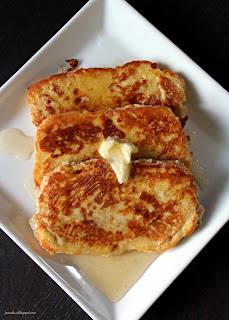 In a small container whisk together the cream, egg, and cinnamon. 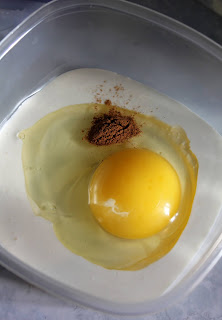 Heat a non stick frying pan over medium heat and melt the butter in the pan.

Gently dip a slice of bread into the egg mixture and flip to coat well.

Place in the pan and repeat with remaining bread. Cook over medium heat for about 2 minutes then gently flip over and cook another minute or two. Toast should be golden brown.

Serve hot with a little keto syrup, whipped cream, and a sprinkle of cinnamon. 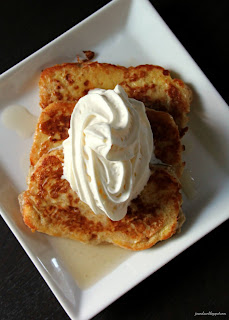 So good and so filling! 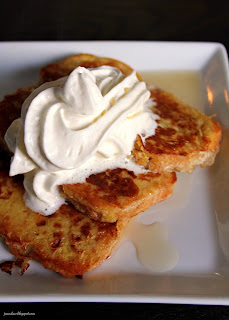 According to MyFitnessPal the nutritional counts are (recipe makes 1 serving):

As I mentioned above – eating the bread on it’s own I find it a little eggy tasting. But turn it into stuffing or French toast and it is just like “regular” bread. I’m going to be experimenting to see what else I can make with it! It’s a pretty versatile recipe. 🙂