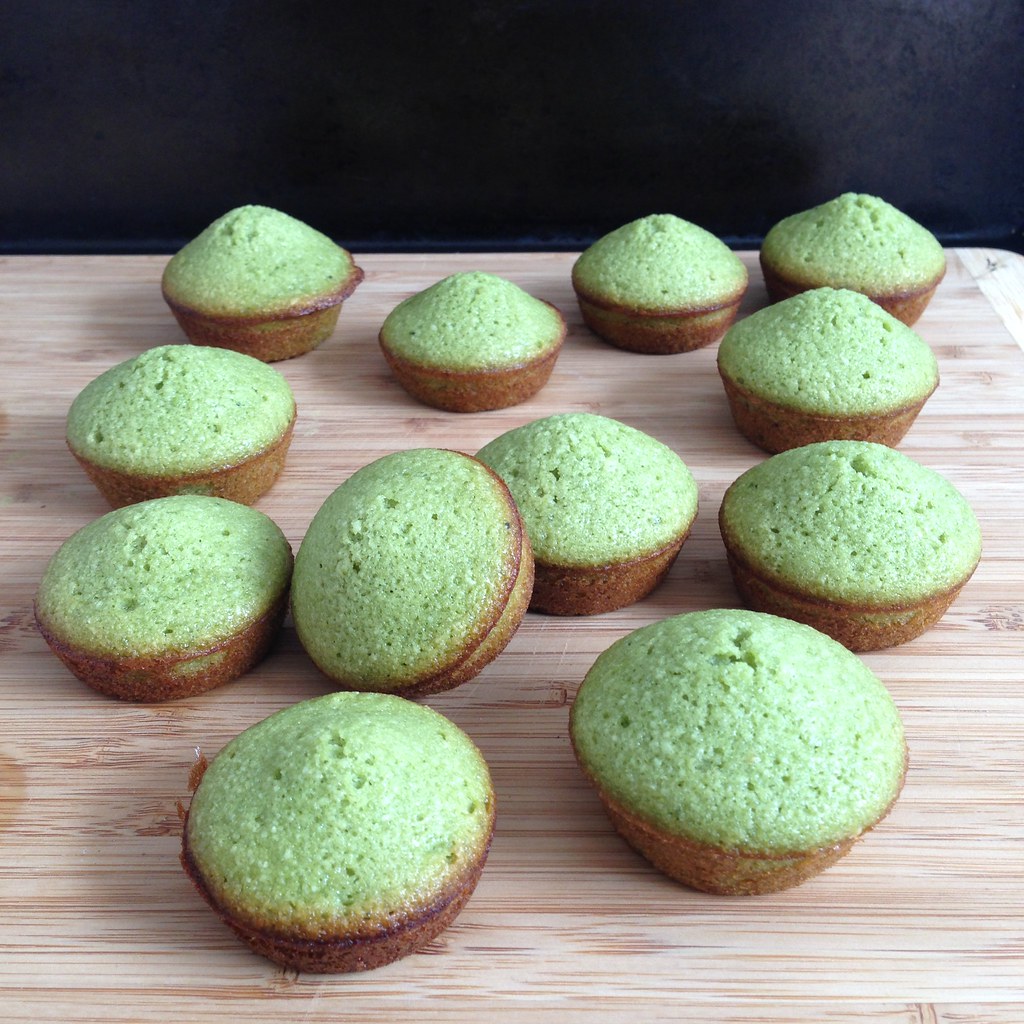 Here is yet another recipe from Dorie Greenspan’s Baking Chez Moi (and probably not the last)!  I first discovered financiers at Eric Kayser’s bakery near my hotel in Paris. They looked like perfect little miniature cakes that were basically unadorned–a distinct change from all the super-frosted and decorated cupcakes that were all the rage in America at the time.  They’re just one or two bites each and less sweet than a cupcake, more substantial than a muffin.  Perfect for packing and eating on the go without having to worry about getting a crazy sugar rush. 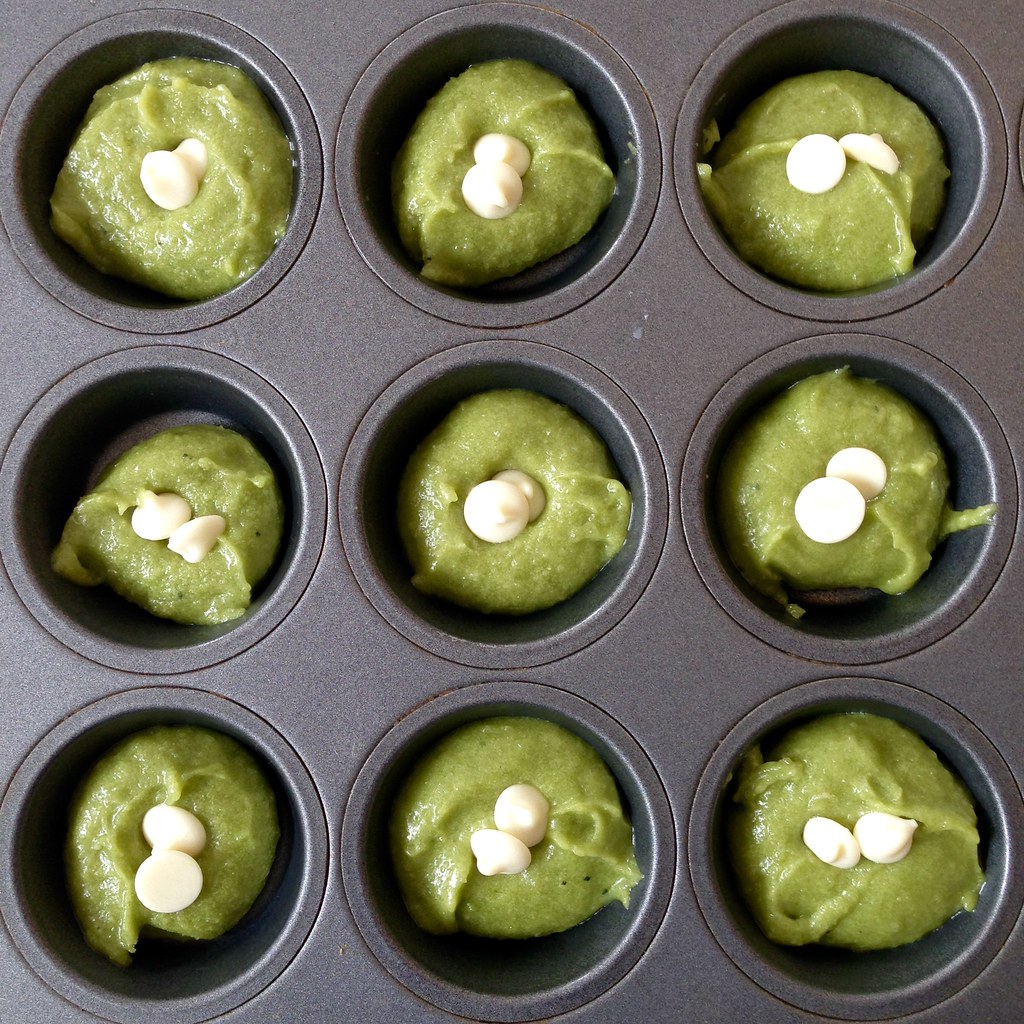 Since I’m currently in love with the matcha/white chocolate flavor combination, I was excited when I saw Dorie’s “bonne idée” for her matcha financier recipe:  baking chunks of white chocolate in the center of each financier.  I used 2 white chocolate chips per financier, but I think I would at least add a third if not more next time since it just wasn’t enough (for me, anyway).  I also increased the amount of matcha slightly since I could barely taste the matcha in the first batch I made. 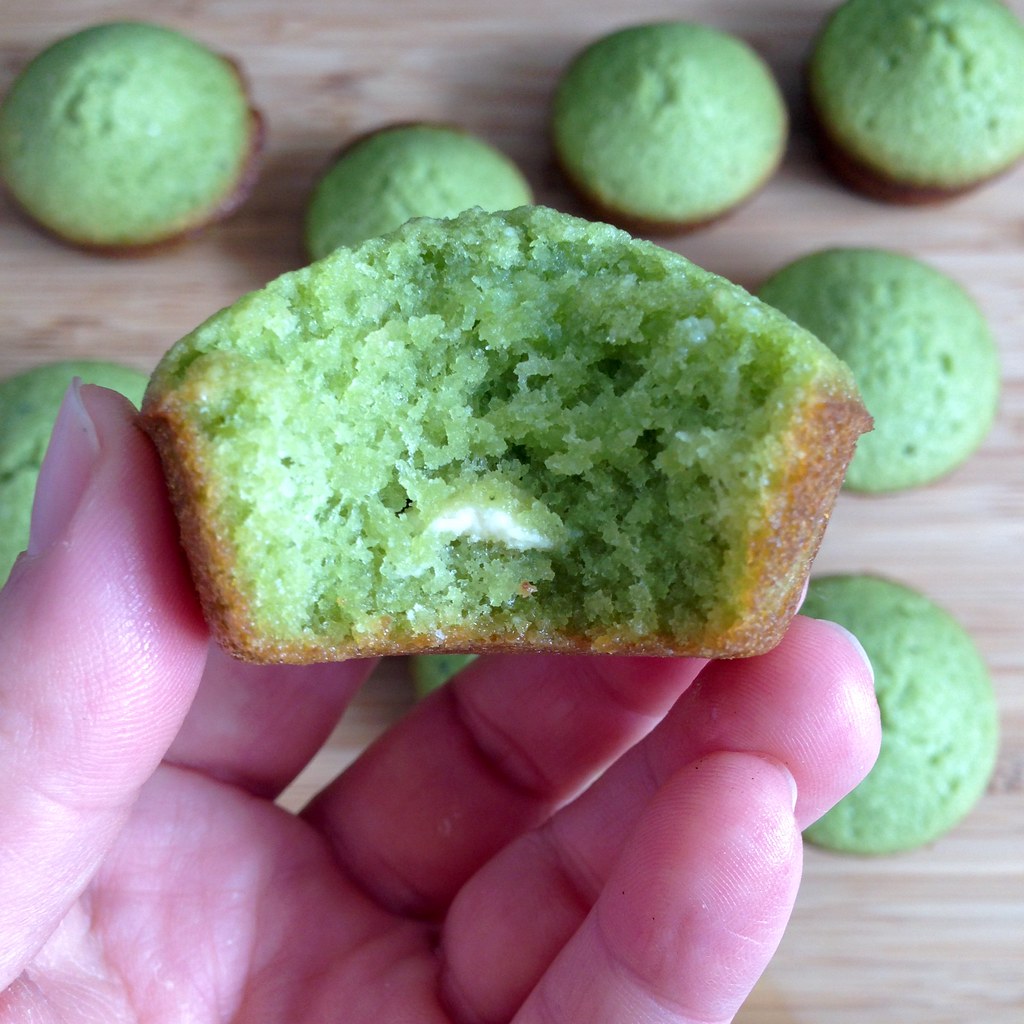 Heat the butter in a small saucepan over medium heat until it starts to boil, then boil for 1 minute; it may color ever so slightly, but you don’t want it to brown. Remove the pan from the heat and set it aside (you want the butter to be warm when you add it).

Whisk the all-purpose flour, matcha, and salt together in a small bowl.

Using a flexible spatula, stir the sugar and almond flour together in a large bowl. Gradually add the egg whites, stirring to moisten the dry ingredients.

When all the whites are in, give the mix a few vigorous stirs. Stir in the all-purpose flour mixture, mixing only until it’s evenly blended, then start adding the melted butter, a little at a time, folding and stirring the batter until all the butter is in.

Press a piece of plastic film against the surface of the batter and refrigerate for at least 1 hour. (The batter can be refrigerated for up to 3 days.)

Preheat the oven to 400°F. Butter the wells of a mini muffin tin, dust with flour and tap out the excess.

Spoon the batter into the muffin cups, filling them about halfway.  Drop 2-4 white chocolate chips into each, then spoon on additional batter, almost to the top of the well.

Bake the financiers for 12 to 14 minutes, or until they have crowned and feel springy to the touch.  Remove from the oven, wait 1 minute, then tap them against the counter to encourage the financiers to tumble out. Pry any stragglers from their molds with a table knife. Transfer the financiers to a rack and let cool until they are just warm or at room temperature. 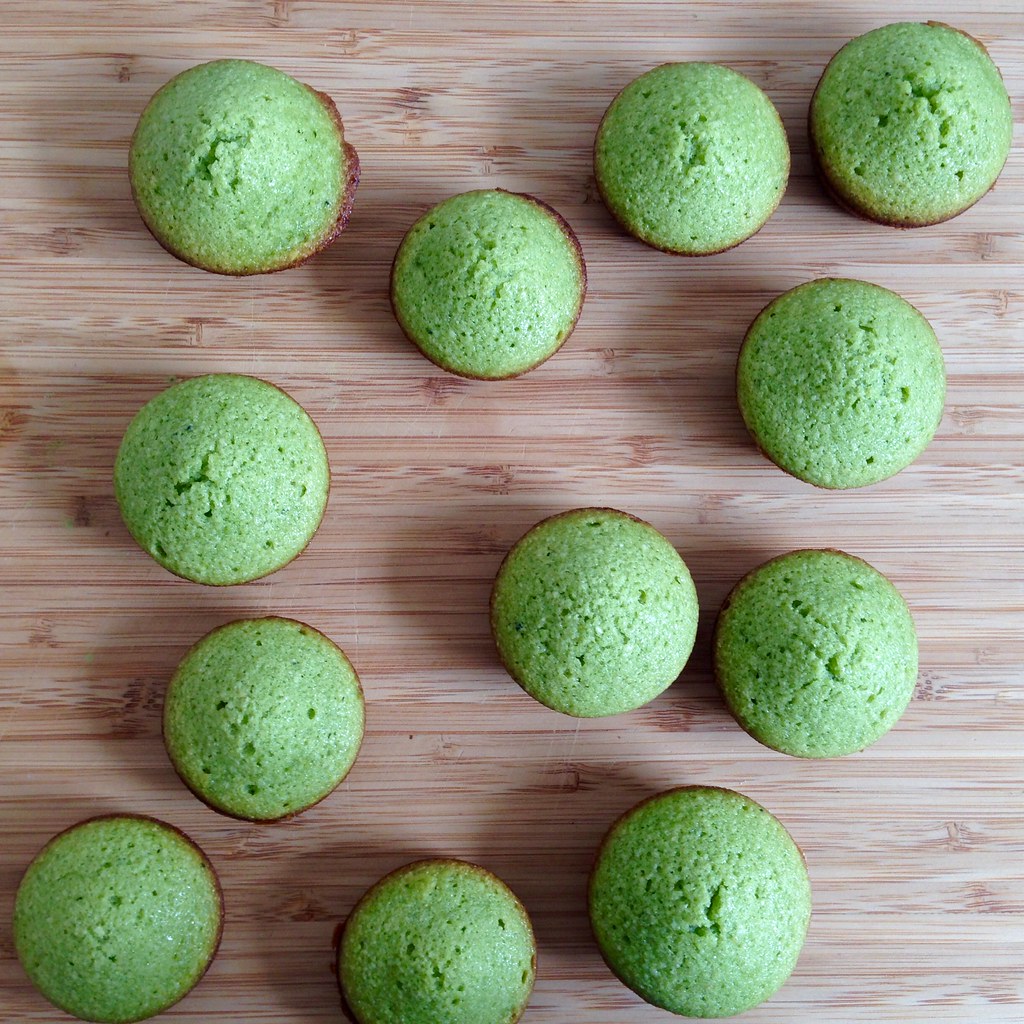 By the way, don’t throw out the 3 egg yolks after separating them from the 3 egg whites needed for this recipe!  You can use them to make really good pasta dough!