I honestly thought I had already shared this recipe with you all, but when I looked it up recently I realized I had just posted a teaser post.  How naughty of me! 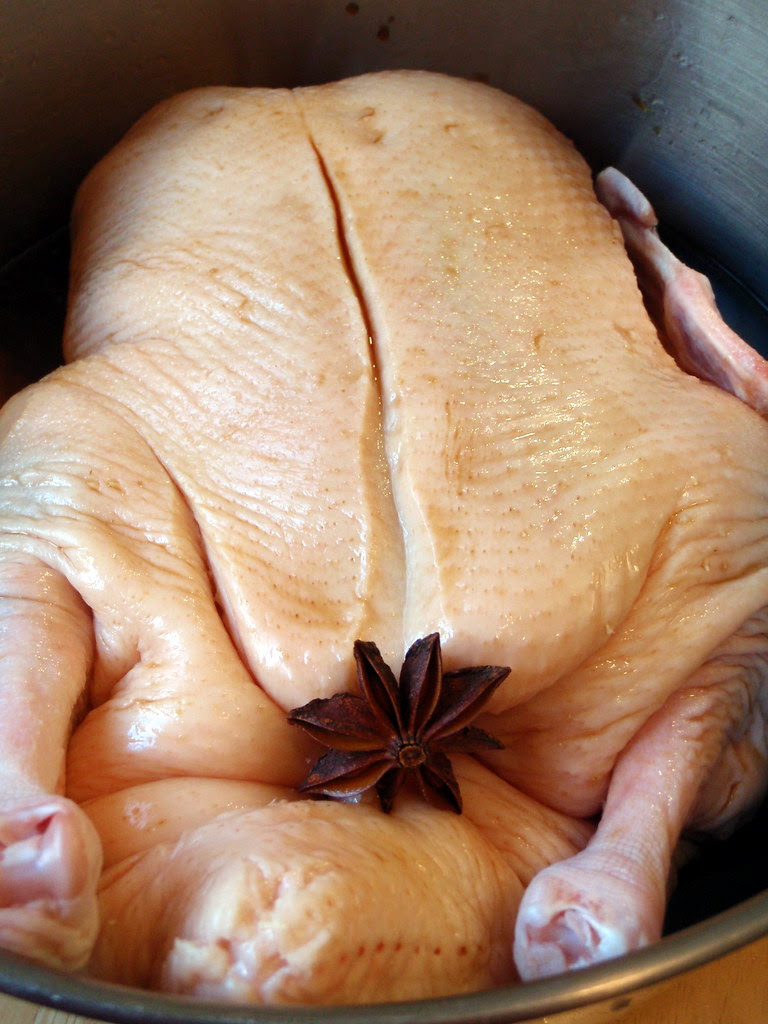 This is one of those recipes that is way more simple to make than you would think considering how delicious the end result it.  And since it’s made on the stovetop, it would make a great turkey substitute if you’re thinking of going for an Asian-inspired Thanksgiving meal.  I would serve it with sticky rice (instead of stuffing), Taiwanese rice cake with meat sauce (instead of mashed potatoes and gravy), steamed scallion buns or scallion pancakes (instead of dinner rolls), and some stir-fried fresh green beans (instead of a green bean casserole).  Is anyone else hungry yet?

4-5 lb. duck (thawed, if previously frozen)
1 can of beer (I’ve made it with cheap and less cheap beer, and I couldn’t taste a difference, although I’m not the most discerning of beer drinkers)
1/3 cup soy sauce
3 tablespoons sugar
1 star anise 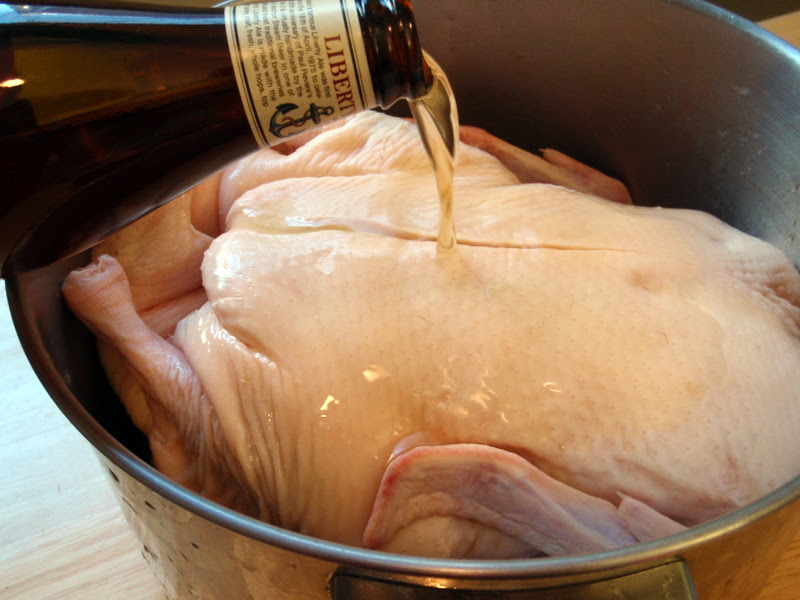 Add all the ingredients to a pot large enough to hold the duck.  Fill the empty beer can with water and add to the pot. 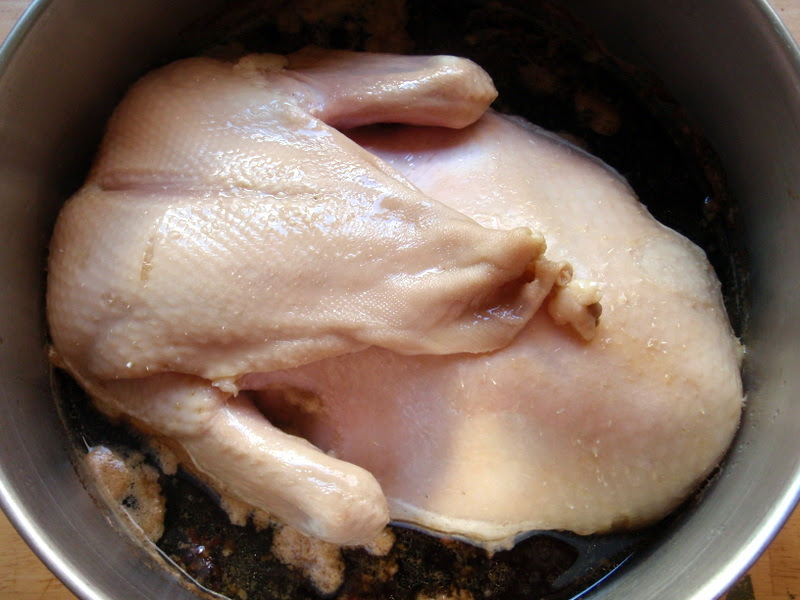 Heat on high until boiling, then reduce heat to medium-low and cover. 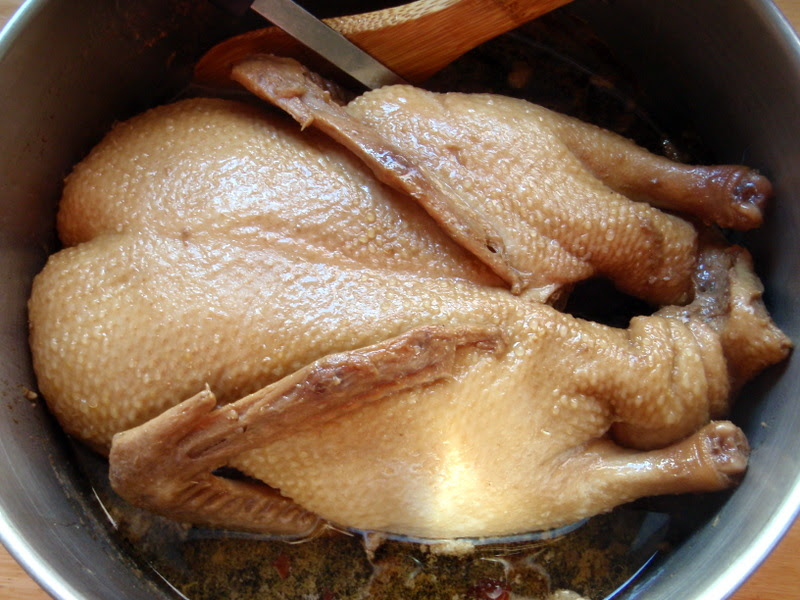 Turn the duck over every half hour until done (2 to 2 1/2 hours).  Cook uncovered the last half hour so the duck get s a nice brown, shiny coat. 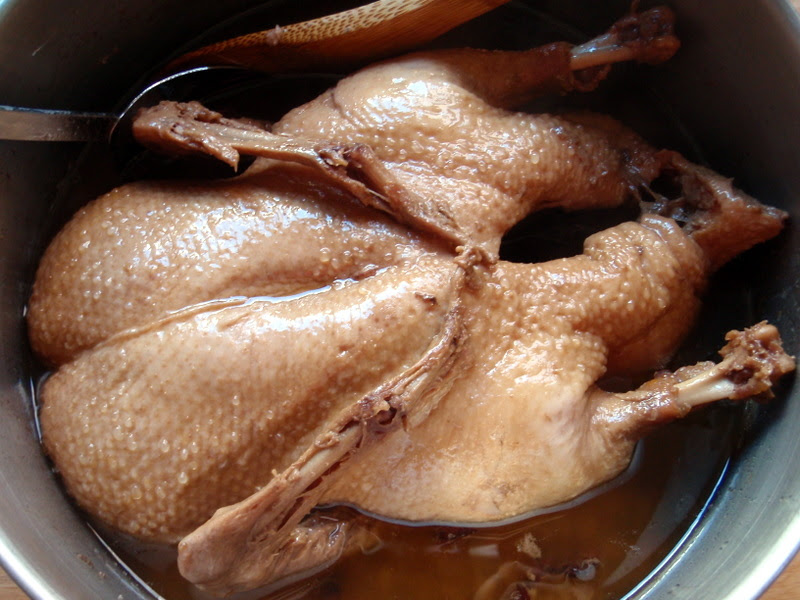 Serve with the braising sauce over steamed rice.  Save the duck fat for duck fat potatoes!