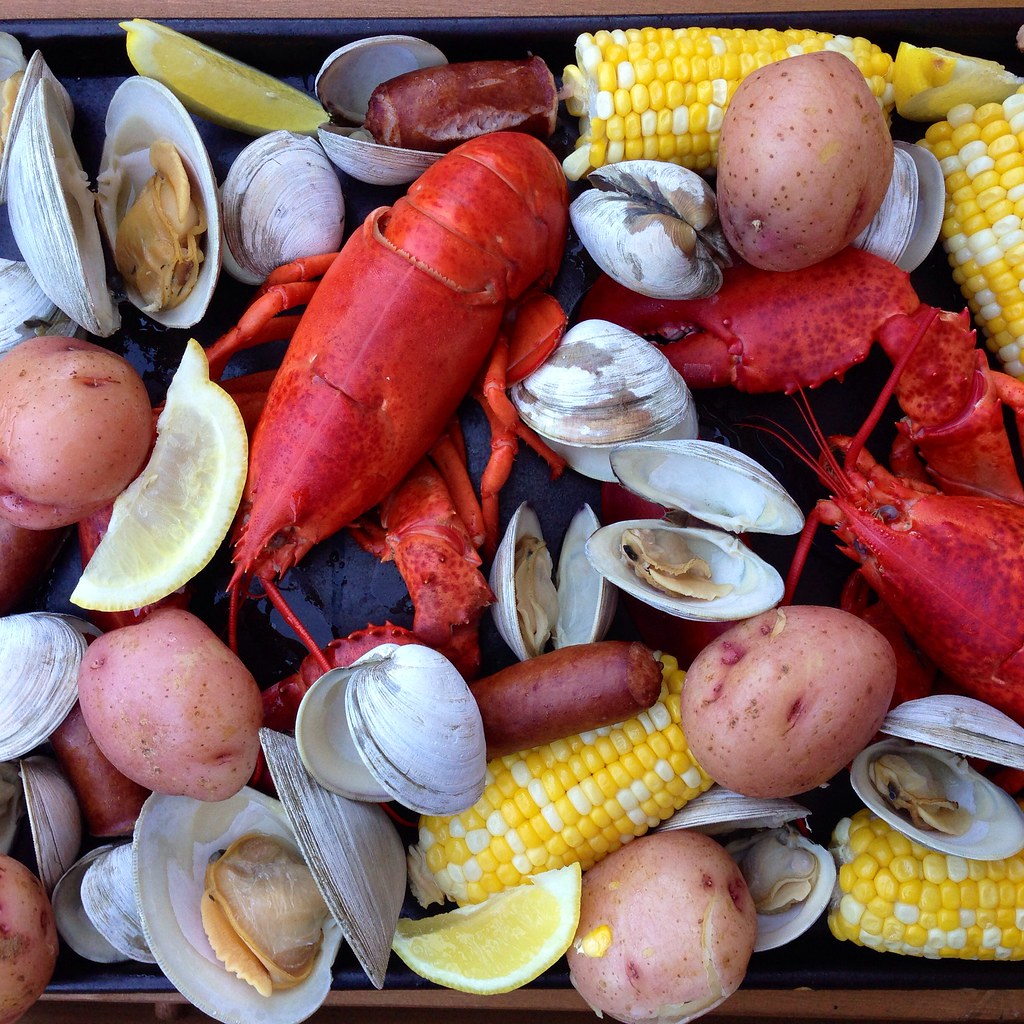 After making a low country boil, I couldn’t not also do a clambake!  A traditional New England clambake involves digging a pit in the sand, building a fire, adding rocks to the pit, covering them with seaweed, layering on the food, and then covering it all up with a tarp and waiting forever for it all to cook through.  It’s something I’d love to do someday, but in the meantime, here’s how to do it much more easily at home (and much quicker, too!). 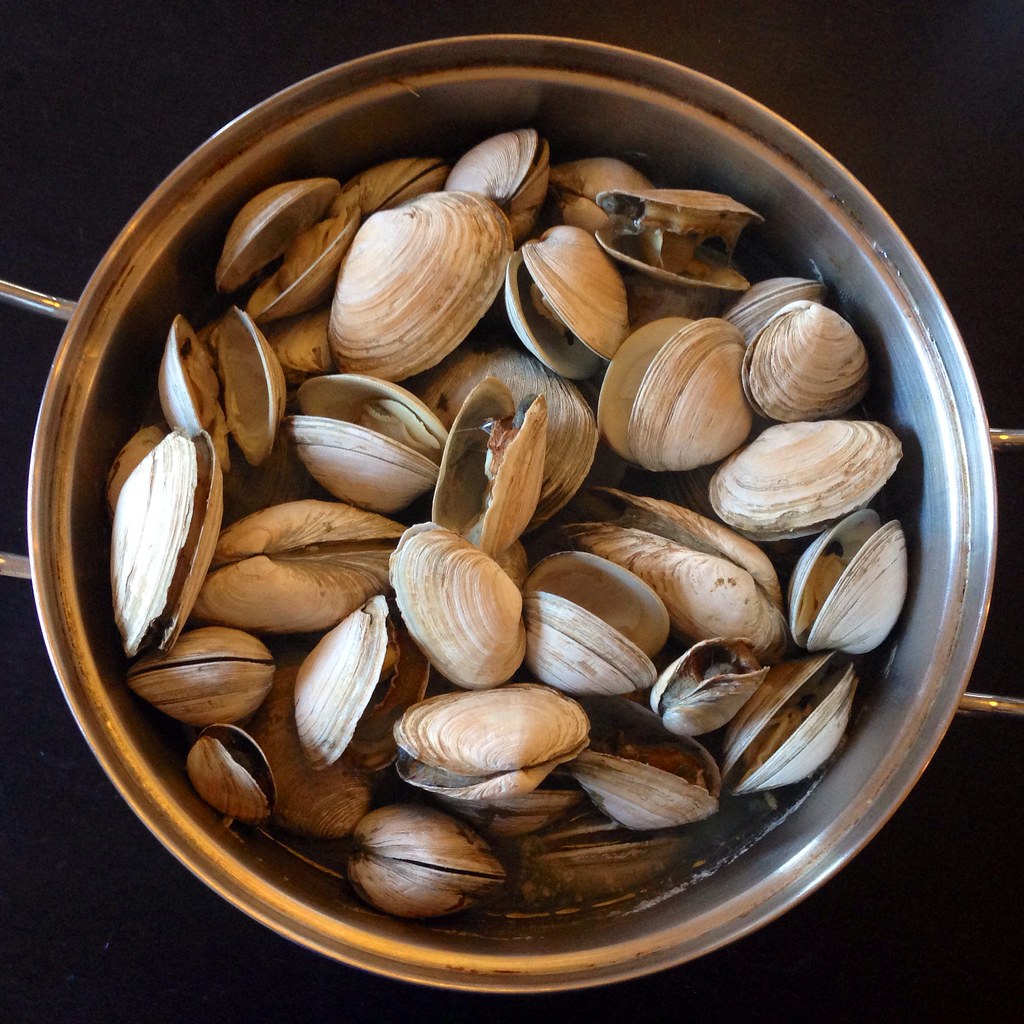 I pretty much followed this recipe from Bon Appétit, except I tried using a couple of different types of clams:  littlenecks, cherrystones, and steamers.  I decided I like littlenecks the best; the steamers were too sandy, even after letting them spit out sand in cornmeal and salt water bath, and the cherrystones were just too big and chewy.  I really only got the cherrystones, which I learned are just older, bigger littlenecks, because they were on sale for 99¢/lb! 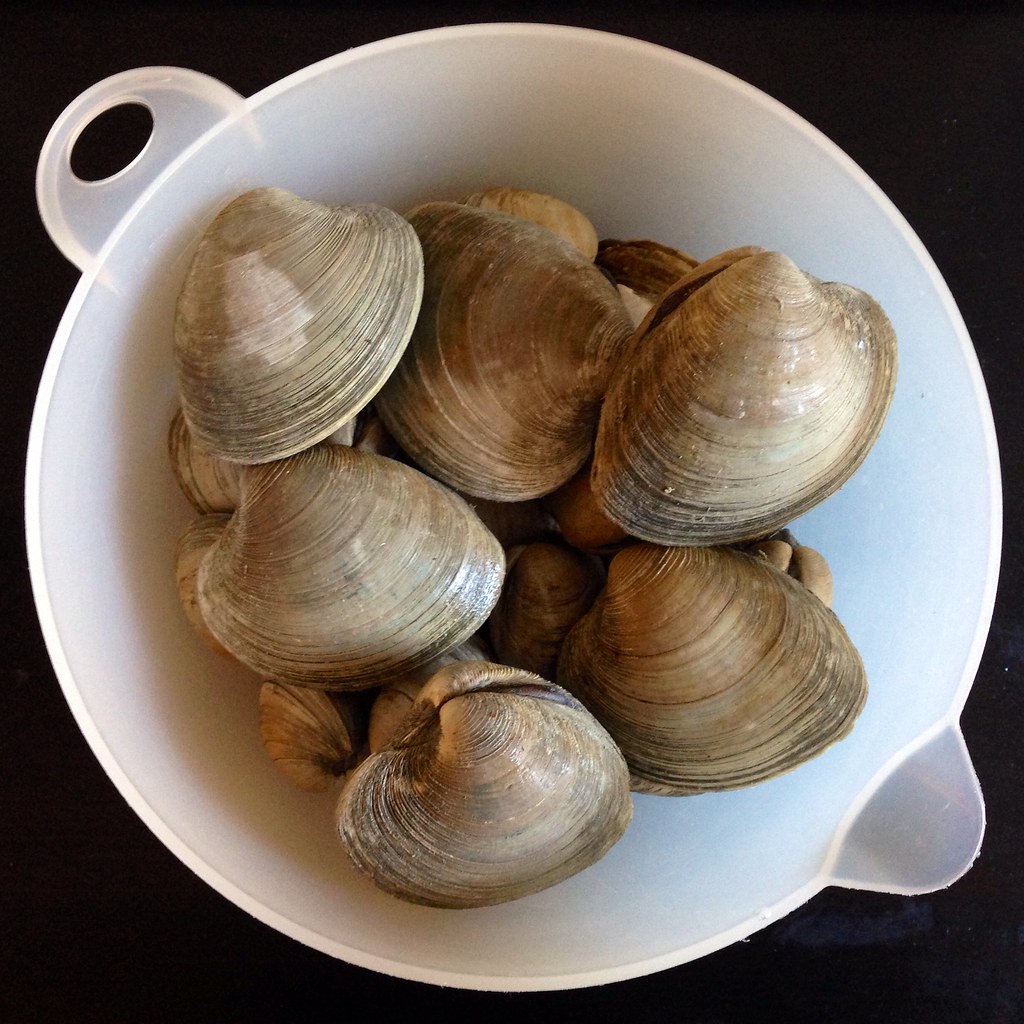 I like how this recipe cooks the lobster first instead of steaming them at the end on top of all the other food.  My 7-quart stockpot definitely wouldn’t have fit two lobsters on top of the rest of the food, and the thought of having to hold the lid down on even just one live lobster in a pot of steaming water is too much for me to deal with.  I was actually hoping to have the store just steam them for me (most grocery stores will do so for free), but there was a long wait for them to be steamed, so I just ended up doing it myself.  Since you use the water that you cook the lobsters in to cook the rest of the food, it ends up being a nice, flavorful broth that you can serve with the rest of the clambake. I use the broth to dip the clam meat in to rinse off any last bits of sand before I pop it into my mouth. 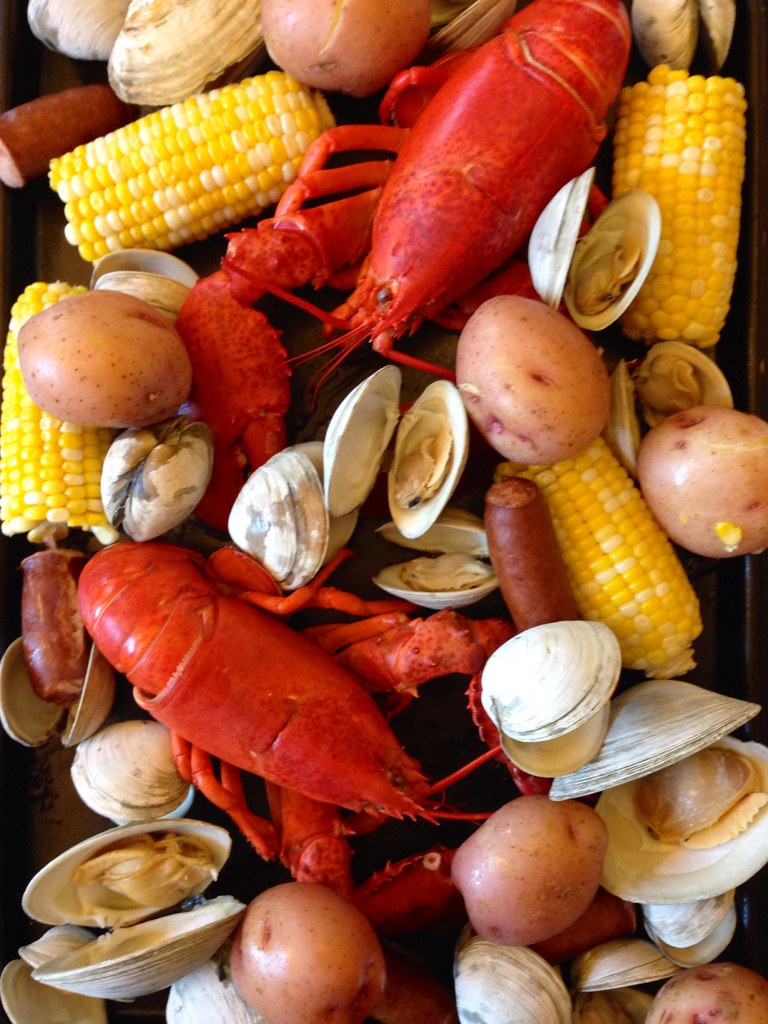 Place the clams and cornmeal in a very large bowl and fill with enough cold, salted water to cover.  Set aside for at least 30 minutes and up to an hour for the clams to spit up excess sand.

Fill a stock pot about a quarter of the way with cold water and bring to a boil over high heat.  Add one lobster headfirst and cover.  Cook for 10 minutes, until done, and transfer to a large platter or rimmed baking sheet.  Repeat with the other lobster.

Add the potatoes and quartered onion to the pot and bring to a boil.  Cover and cook for 10 minutes.

Layer the sausages and corn on top of the vegetables and cover again, cooking for another 10 minutes.

Rinse the clams thoroughly and add on top of the corn and sausages (if there isn’t enough room in the pot, you can remove the corn, which should be cooked through).  Cover the pot tightly and boil until the clams open, about 12 minutes.

In the meantime, melt the butter in a small saucepan and add the garlic, oregano and basil.  Season with salt and pepper, to taste.

With a slotted spoon, transfer the clams, corn, sausage, and potatoes to the baking sheet with the lobsters.  Sprinkle with salt and pepper and garnish with lemon wedges.  Strain the broth and pour into 4 soup cups.  Serve seasoned butter and broth alongside the vegetables, sausages, and seafood. 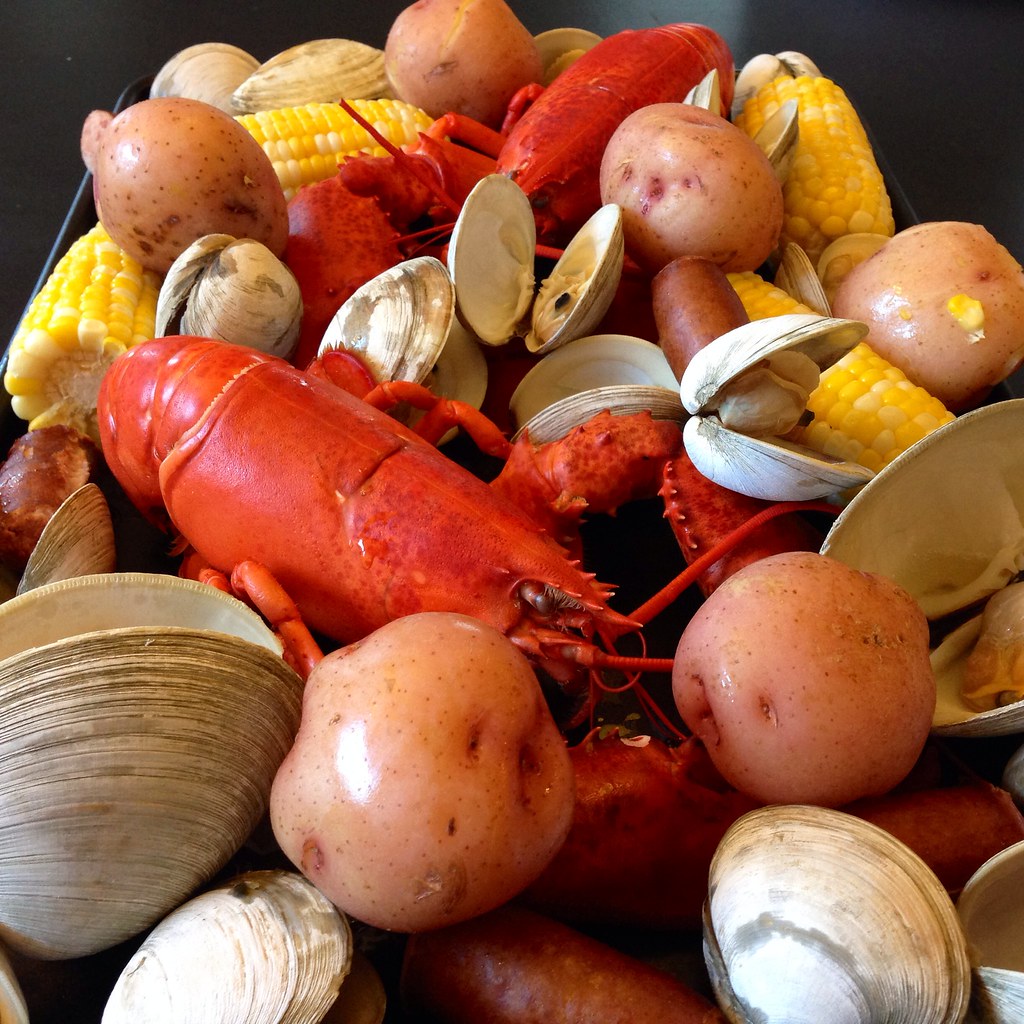 The next time I make this, I’ll probably try reducing the amount of water in the pot, and adding some white wine or beer to steam the food with and add more flavor to the broth.