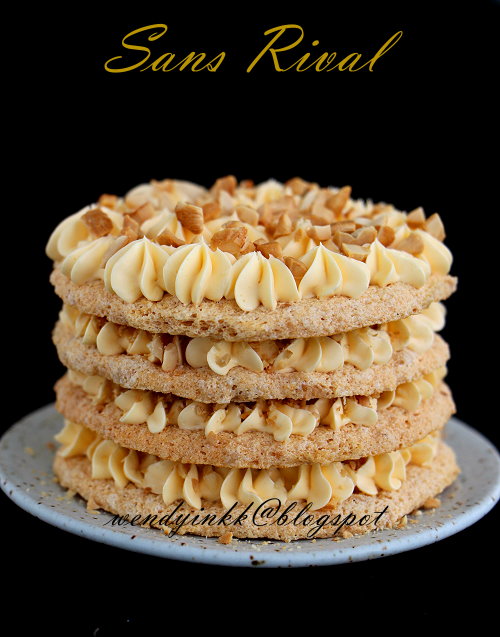 I heard of this dessert many many years ago, from a fellow blogger friend Anne. From then… it was my ‘dream’ to bake one myself as I was intrigued by the layers of cashew nut dacquoise filled with french buttercream and topped with more cashew nuts… a nutty delight!

Nowadays there are many flavours of Sans Rival in Philippines, like mango, coffee and chocolate. But I guess I’ll just try the original flavour, that’s just with nuts. 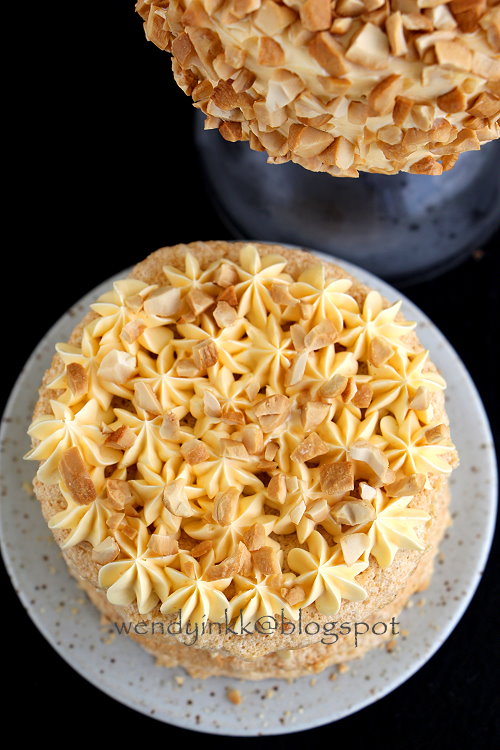 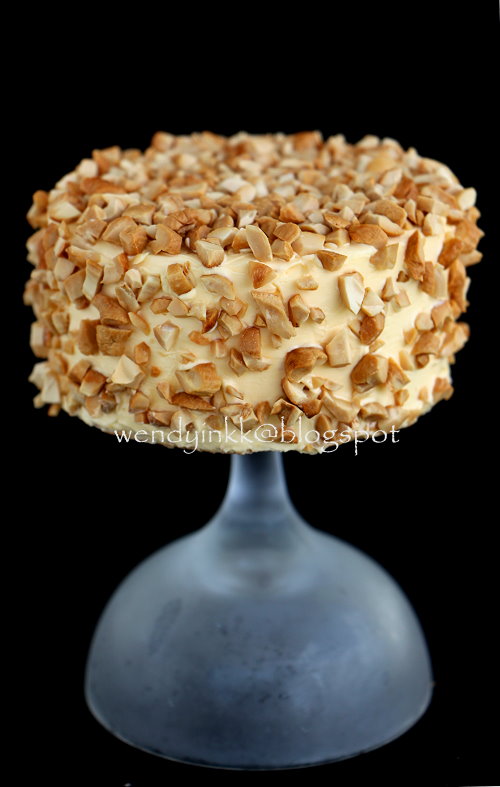 I am not comfortable when it comes to baking dacquoise, as I failed before, not for Sans Rival. And I failed my first attempt with this too. I tried another recipe, and it worked better for me.

Weirdly my kids won’t touch it. Although they love macarons, and other meringue desserts I made, they just shunned this one due to the visible nuts. Personally I quite enjoyed it, but it’s really a ‘treat’ for the waistline, and so I kept it in the freezer and have a portion from time to time, whenever the craving for something indulgent hits me.

The french buttercream in this dessert doesn’t taste heavy and it complements it very well. 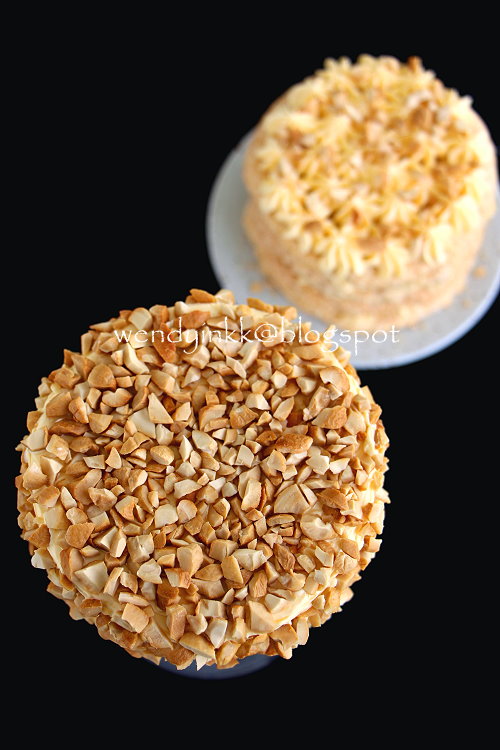 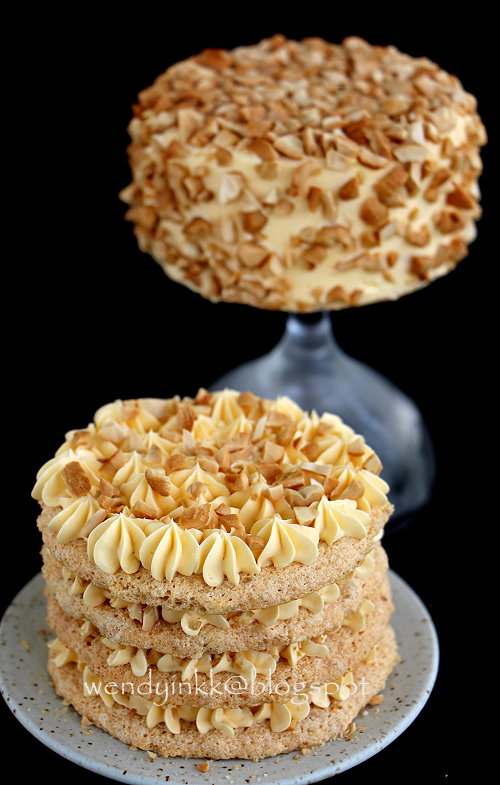 Somehow for this post… there’s so many shots I want to share with you…but nothing much to say.

1. Draw circles (4 pcs of 8 inch diameter or 15 pcs of 3.5 inches ) on non stick baking paper. Place the paper onto baking trays, drawn side down. Preheat oven at 120C(fan)/140C
2. Place sugar and cornstarch into a mill/grinder and pulse it a few times. Add in cashew and vanilla seeds and grind until fine.
3. In a clean bowl, beat egg whites until frothy. Add in cream of tartar and best until peaks form. Add in sugar gradually and beat until stiff and glossy.
4. Add in cashew mixture with three additions and fold well after each addition.
5. Pipe or spoon the dacquoise batter onto the lined tray.
6. Bake for 1.5 hours.
7. Remove from oven, gently peel away baking paper. Flip the dacquoise over and let the base face up. Put them back into the oven and let them stay in the warm oven for another hour to dry up completely.
8. Pack them air tight until time to frost. 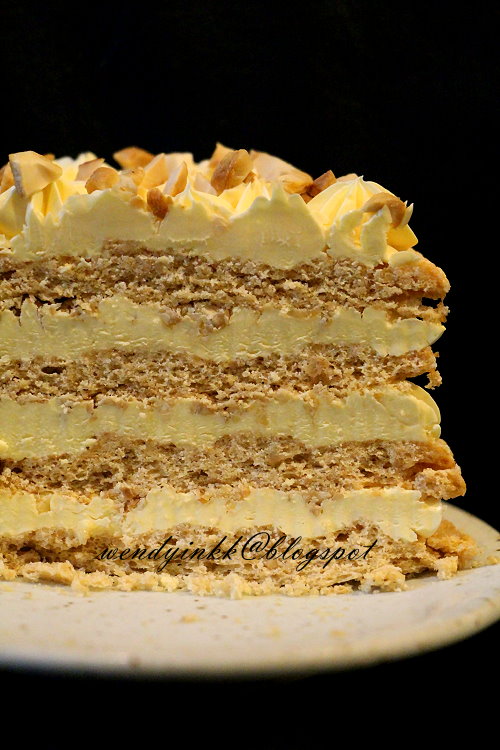 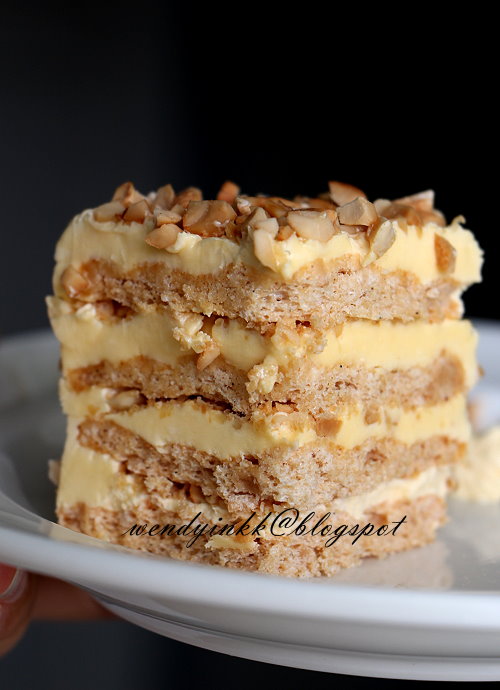 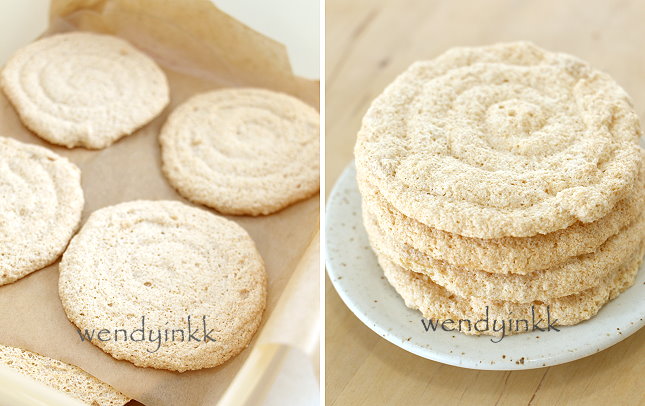 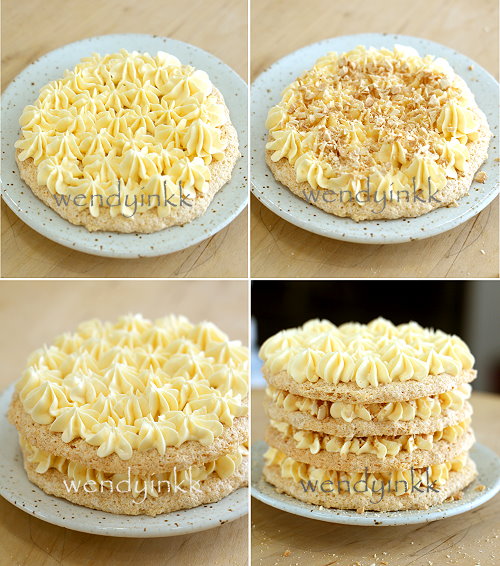