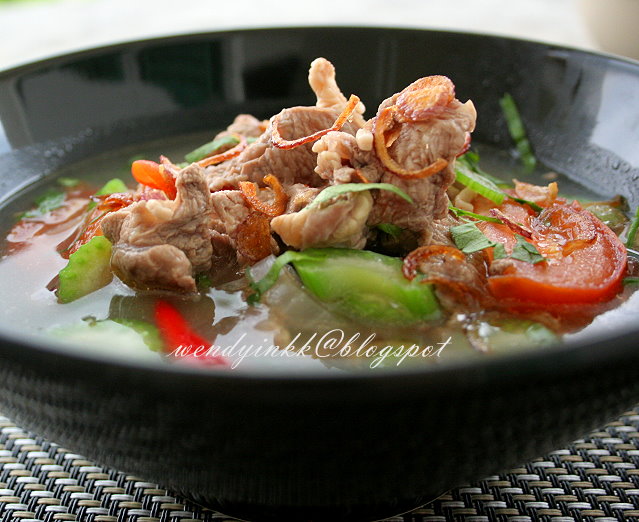 My low carbo fix for supper cravings!
This is what I will order if I want something light for the tummy. I know….  ‘light’… *laughing cheekily*

Ala-Thai eateries usually will have a big pot of beef broth in their kitchen, mainly from boiling the beef chunk for their beef stir fry dishes. 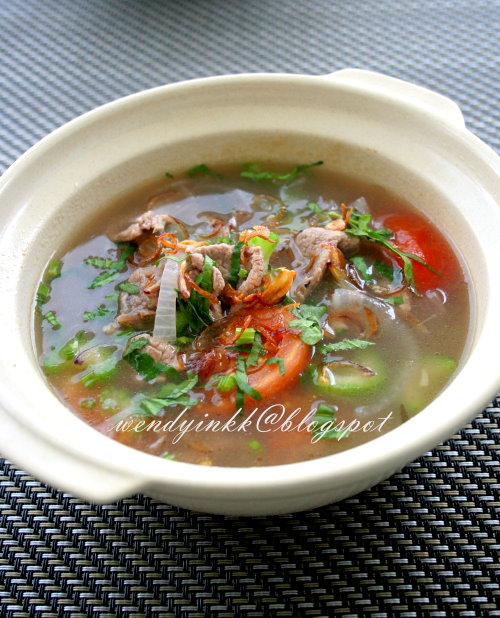 To make this soup, some restaurants will slice the beef chunk thinly and use it to serve the guests, but some will use fresh beef slices. It depends on where you have it.
Instead I chose to make a meat free spice broth, and add in lots of fresh beef later. Restaurants usually will only give you a few slivers of meat. You can make the broth in advance, and assemble it just before meal time.

The soup is hearty, filled with fresh vegetables and slices of meat. It feels warming on a rainy day with the spices and chilli. I used local beef tenderloin, of which is grass fed. Taste so good! 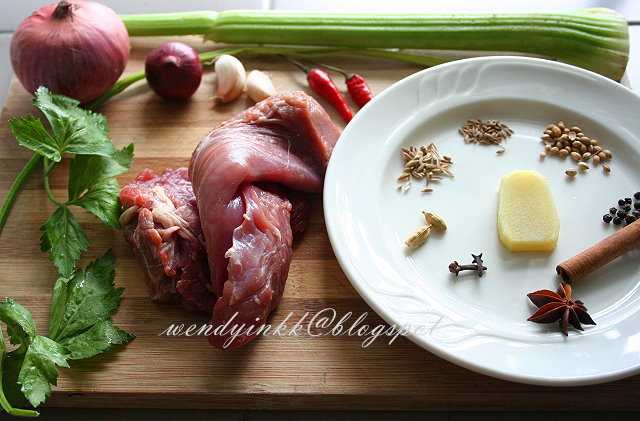 tasted and recreated by WendyinKK

1. Place broth ingredients together and bring to a boil. Lower to a simmer for 30-40 minutes. Strain the spice broth.
2. In a wok, put in 1 Tbsp of oil and gently fry sliced shallots on low heat until golden. Drain and dish up, set aside.
3. In the same wok, same oil, on high heat saute garlic until fragrant and put in onions and chilli and cook until they start to have some fragrance. Pour in all the broth. Bring it to a boil. Taste and season with salt.
4. Put in beef slices, and tomatoes and bring it back to a full boil. Put in celery slices, give it a few tosses and turn off the heat.
5. Garnish with fried shallots and chopped chinese celery 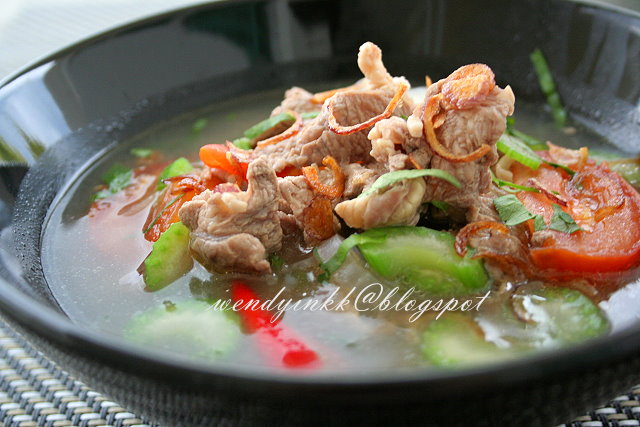