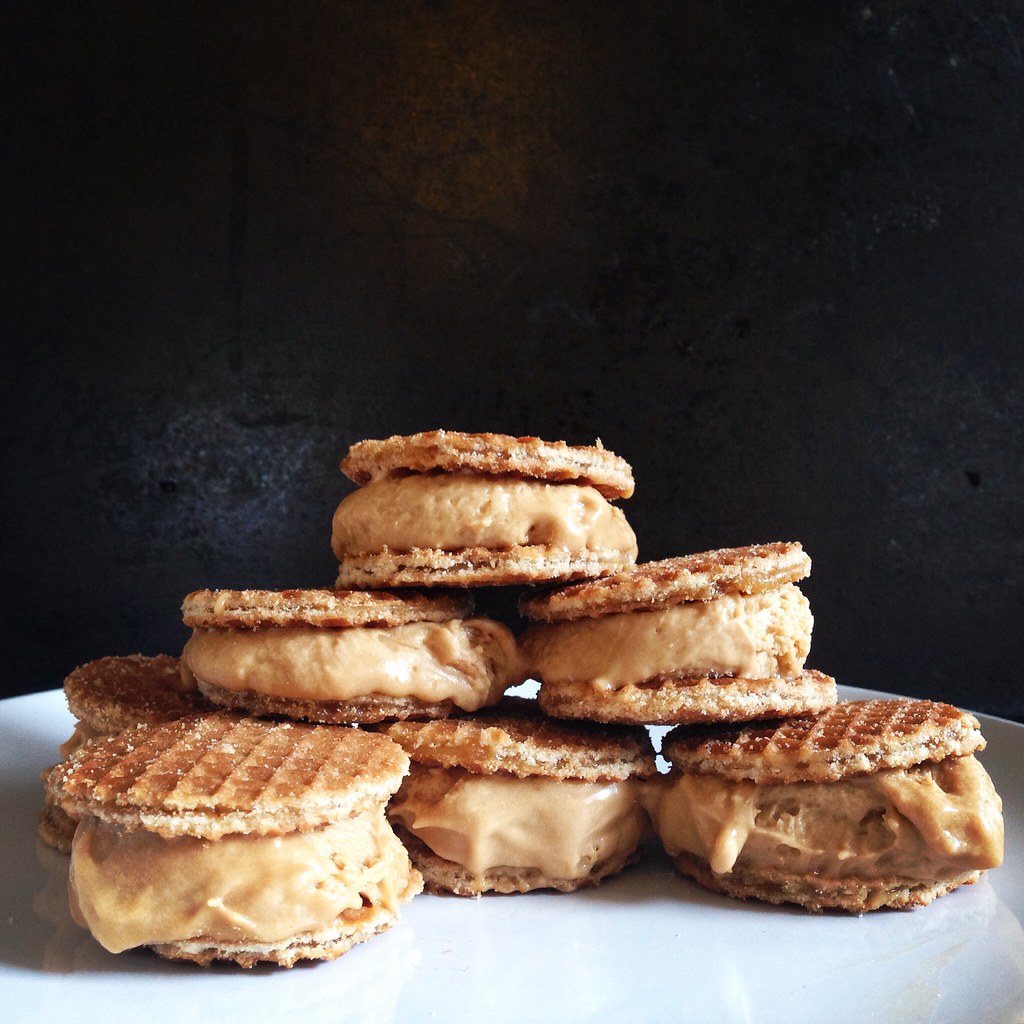 The Dutch have definitely got the monopoly on fun food names.  Stroopwafels?  Speculoos?  The only thing better than saying these things is eating them.  You might know speculoos better as the cookie that goes into Trader Joe’s Cookie Butter or the Biscoff cookies you get on Delta flights.  They’re kind of like gingerbread cookies but less spicy and more caramelized.

I was introduced to stroopwafels back when I worked at a company that had their European headquarters in the Netherlands.  It was pretty much required for all colleagues visiting our office in the U.S. to bring stroopwafels as a gift since we loved them so much.  They’re basically two thin, crispy waffles sandwiching a layer of delicious caramel.  You’re supposed to put them on top of a mug of hot coffee or tea so that the steam melts the caramel before you eat it. 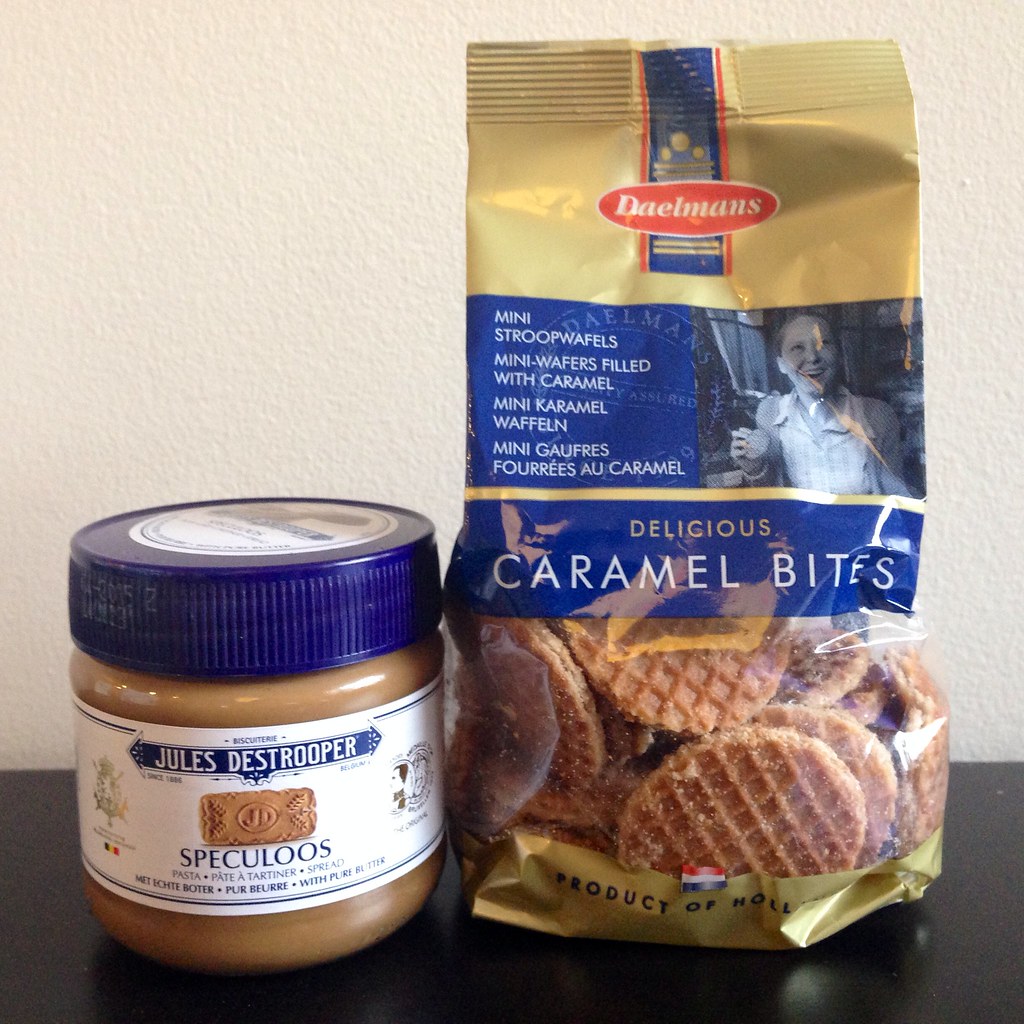 When my cousin brought me a jar of real speculoos spread as a souvenir from her trip to Europe, I decided to try and make an ice cream out of it.  Then I thought about making it into an ice cream sandwich with a pair of stroopwafels.  And because I have this obsession with making mini versions of everything, I decided to use the mini stroopwafels from Trader Joe’s. 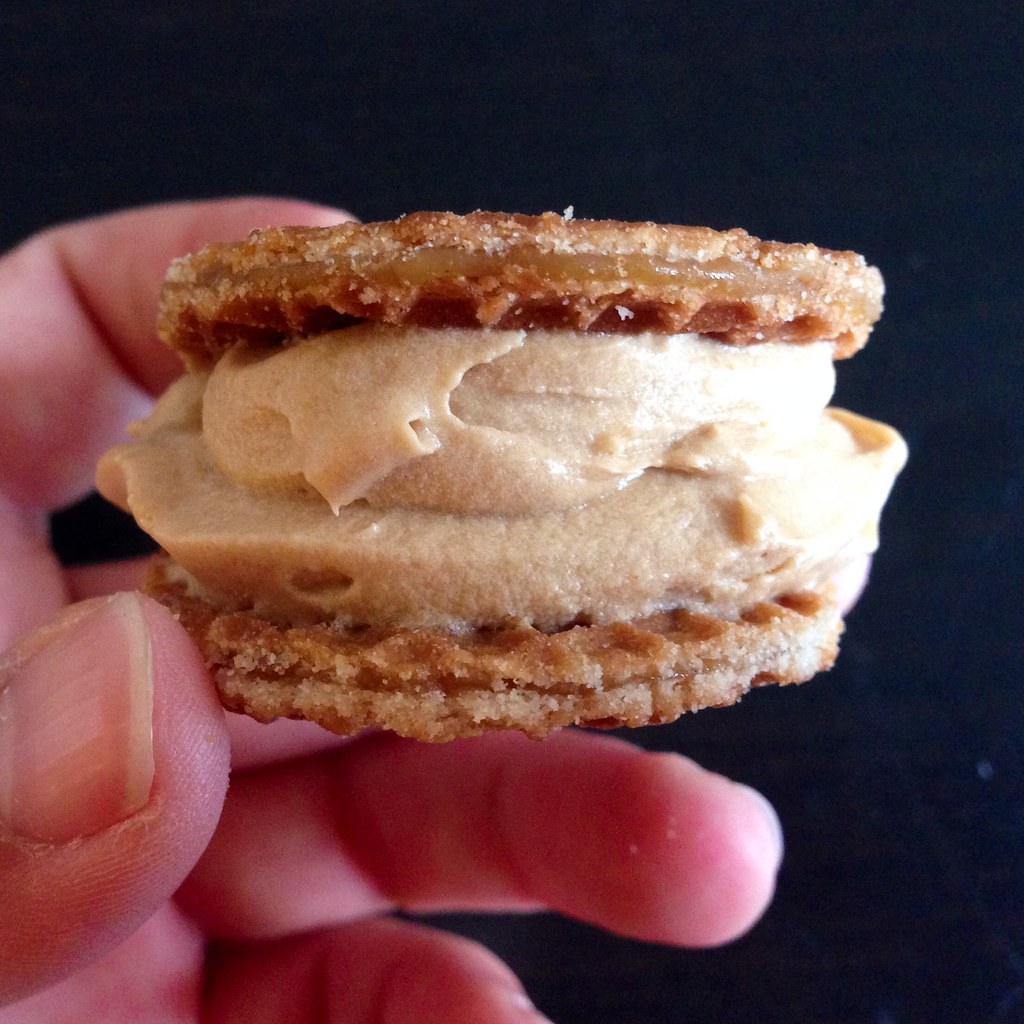 For the speculoos ice cream, I decided to try following the two ingredient recipe I used in the past for Nutella ice cream, substituting the speculoos spread for the Nutella.  The resulting ice cream is amazingly velvety and unctuous, pretty much like cookie butter itself. 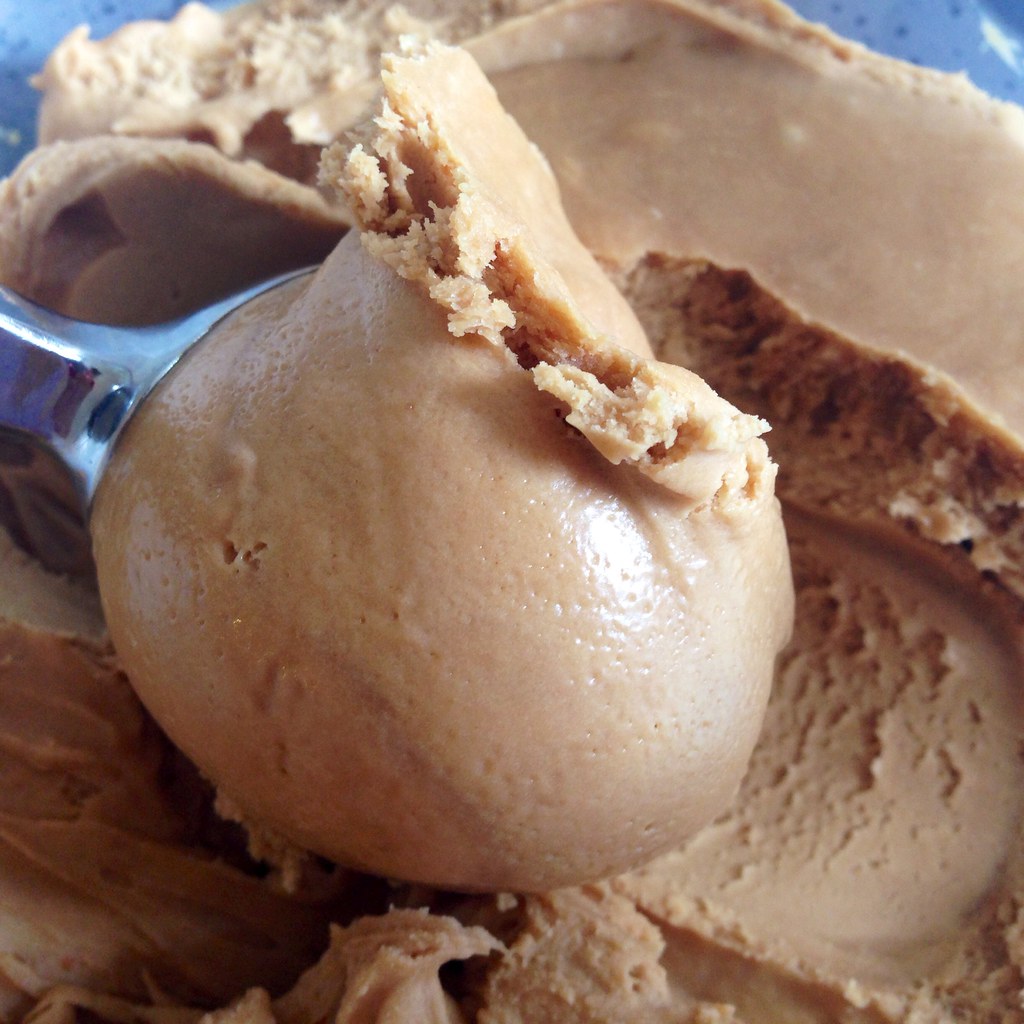 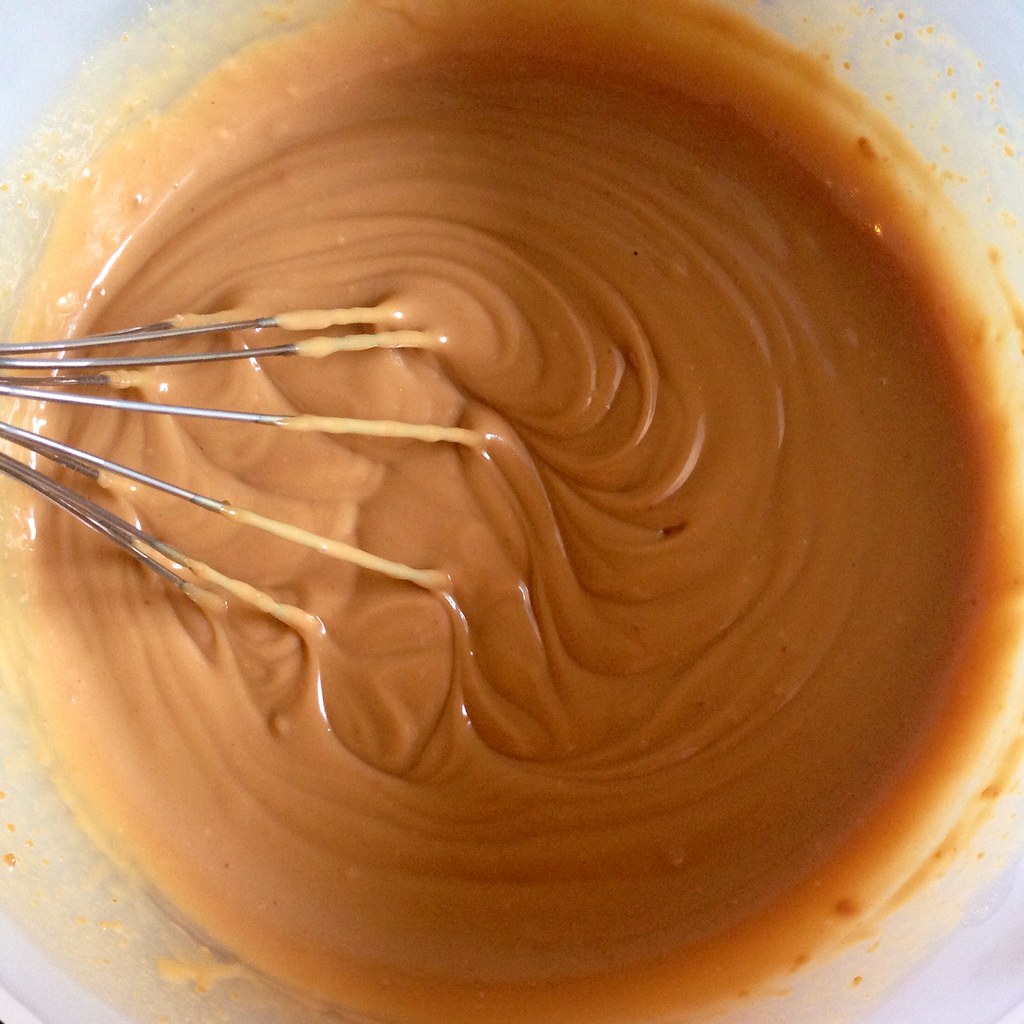 Whisk together the speculoos spread and the evaporated milk until fully combined.  There will be small lumps of cookie bits, and that’s okay.  Chill completely in the refrigerator. 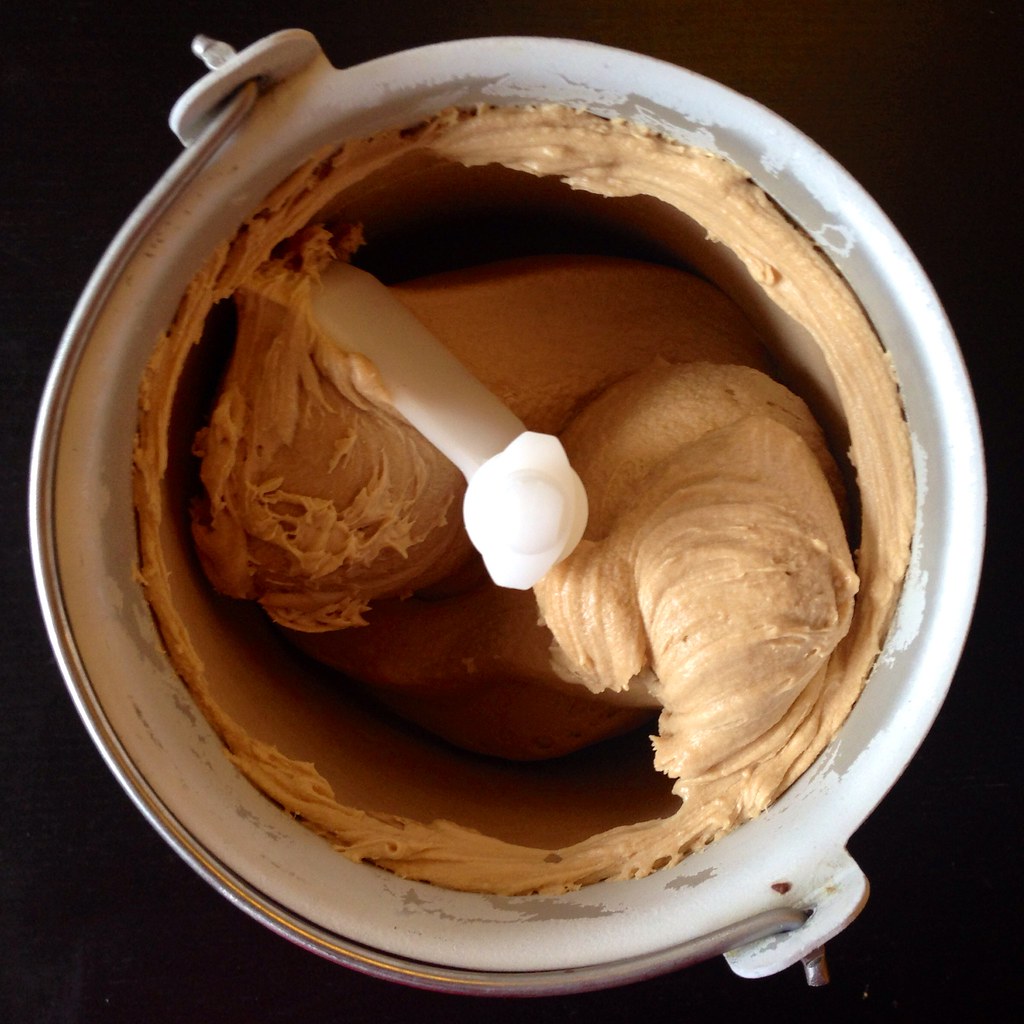 Churn in the ice cream maker according to the manufacturer’s directions.  Transfer to an air-tight container and freeze in the freezer until hard. 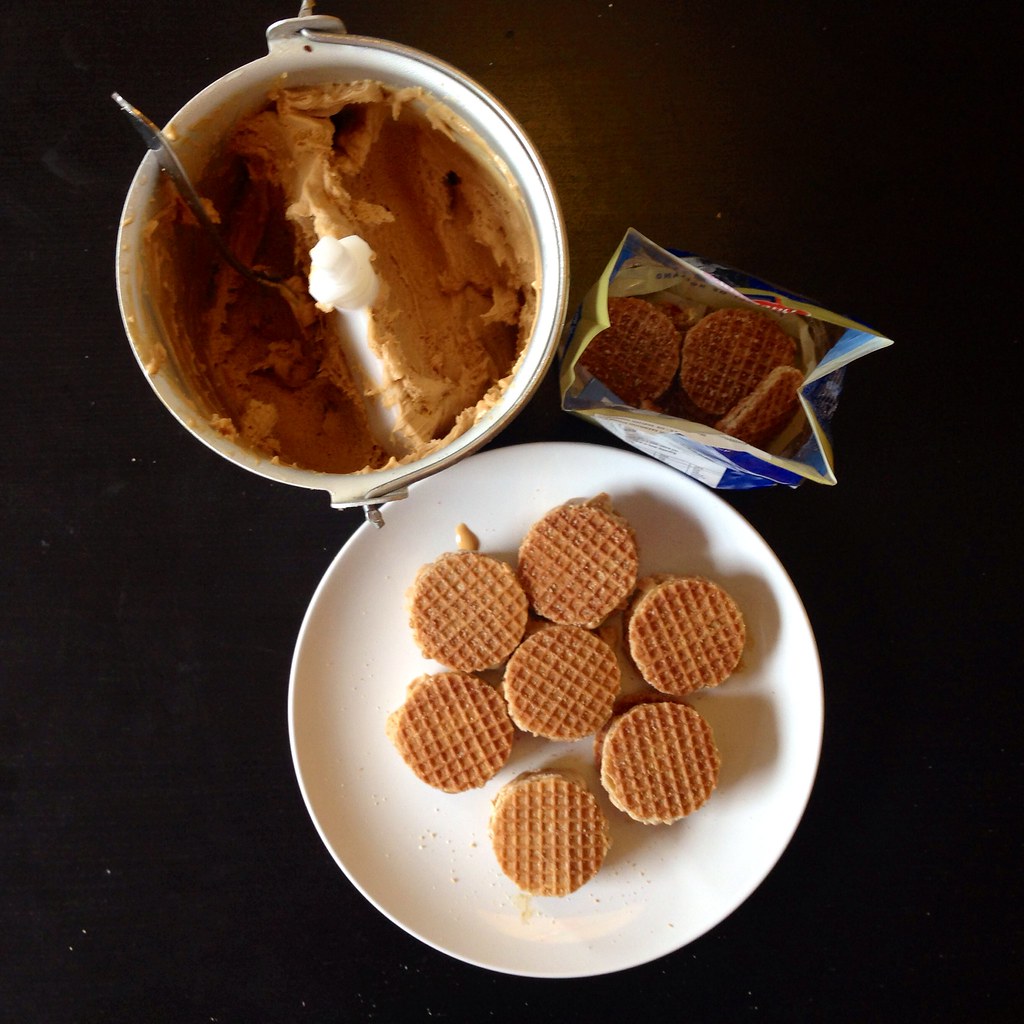 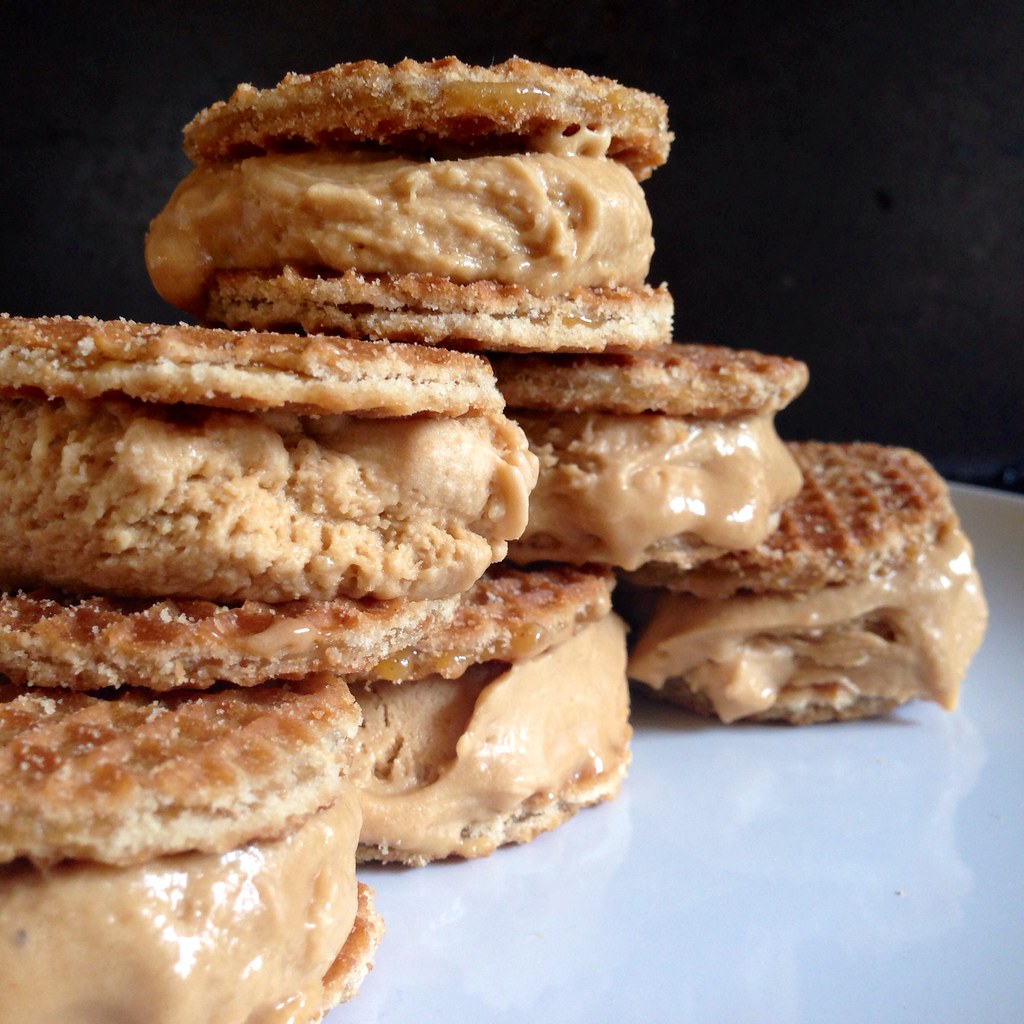