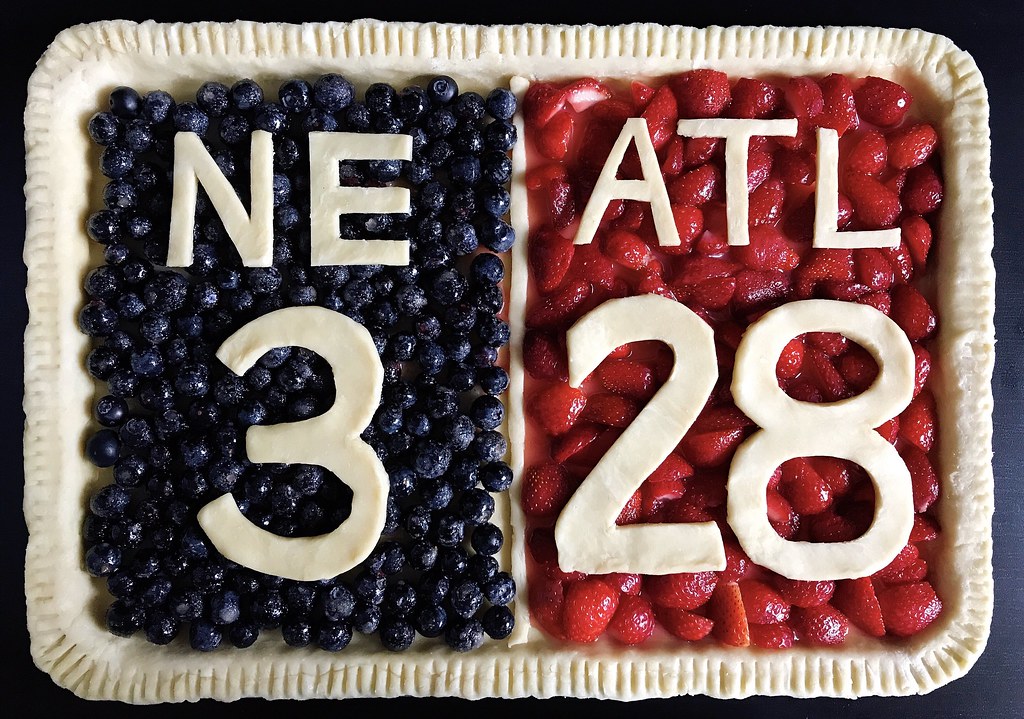 Where were you when the Patriots came from behind and won Superbowl 51?  I was at my church, watching the game on the big screen.  By the time halftime rolled around, I knew the Patriots were in big trouble, and I called my mom, who has the gift of prayer (I have the gift of faith) to pray for them to win.  She didn’t believe they could, but after I begged her to, she relented and agreed to pray for them.  So I guess you could say that what happened next was all because of me and my mom.

The idea for this pie had been brewing in my mind for a long time, but I wanted to wait until strawberries and blueberries were in season to make it.  I usually brush an egg wash on top of my pie dough before baking, but I decided I wanted to keep crust as pale as possible to make it look more similar to the infamous chyron.  If I had had more time, I might have made some royal icing to make the numbers and letters stand out even more, but I think it looks pretty good as is.  =) 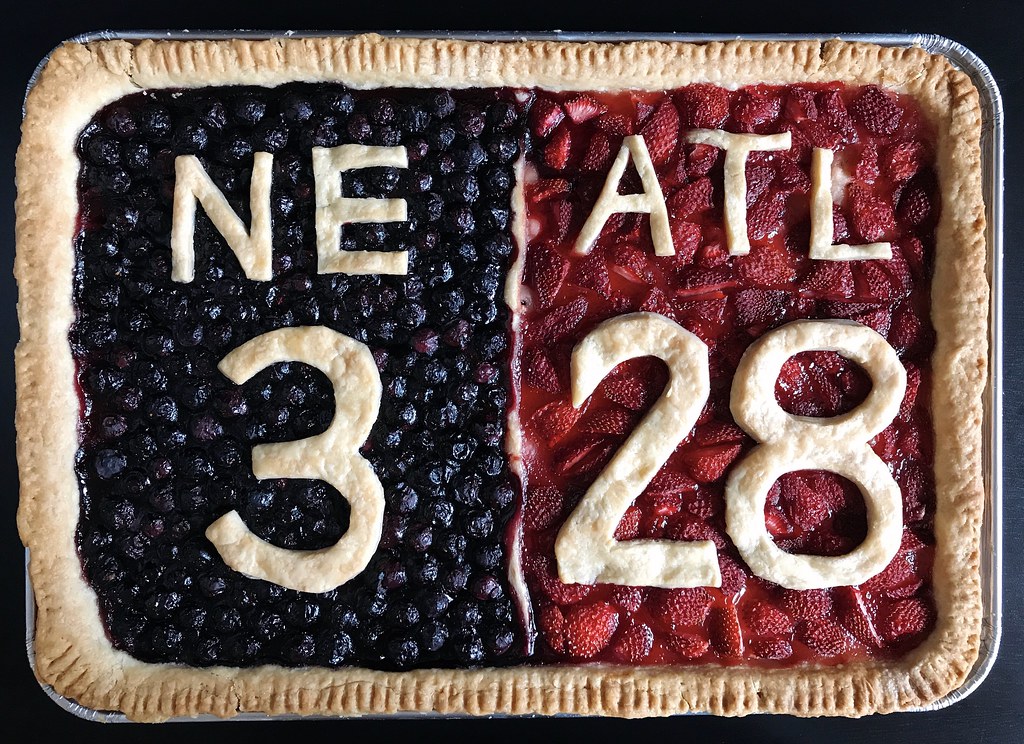 Pulse the flour, sugar, and salt together in a food processor. Add the butter and pulse until the butter has been cut into pea-sized pieces. Add the water and pulse to combine. Add more water if needed, a tablespoon at a time, just until the dough comes together. Divide the dough into two pieces, one twice the size of the other, and wrap both with plastic wrap.  Refrigerate for at least an hour or as long as overnight.

Preheat the oven to 375°F.  Roll out the larger piece of dough to about a 13″ x 18″ rectangle.  Press into a 10″ x 15″ baking sheet and fold the excess dough underneath.  Prick the bottom of the dough all over with a fork and crimp the edges.  Chill while assembling the rest of the pie.

Roll out the smaller piece of dough and cut out the letters and numbers.  You’ll also want to cut out a thin strip of dough about 10″ long to use as a divider between the two fillings.  You should end up with a lot of leftover dough, which you can use to make a tart or galette.  Chill while you fix up the filling.

Place the dividing strip of dough down the middle of the pie.  Fill the left side with the blueberries and the right side with the strawberries.  Carefully arrange the letters and numbers on top. Bake for 35-45 minutes, until the crust is golden brown and the filling is bubbling.