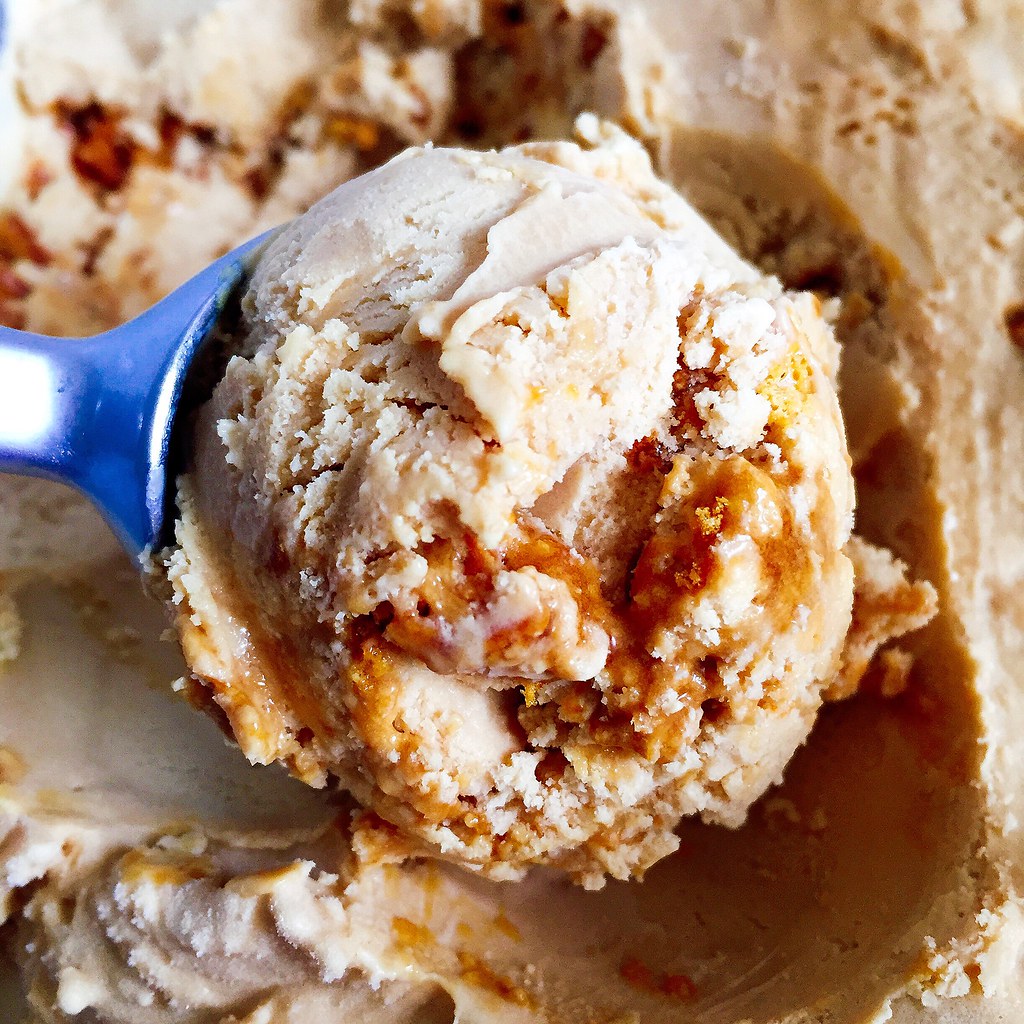 My friend Christine and I took our annual gorgefest stuffing of the faces eat all the things road trip up to Portland, ME on Labor Day and hit all our usual spots.  First was The Holy Donut for their Maine potato donuts.  Here we have the sweet potato ginger glazed, sea salt chocolate, pomegranate, maple bacon, fresh lemon, and triple berry flavors.  I think my favorite was the maple bacon. 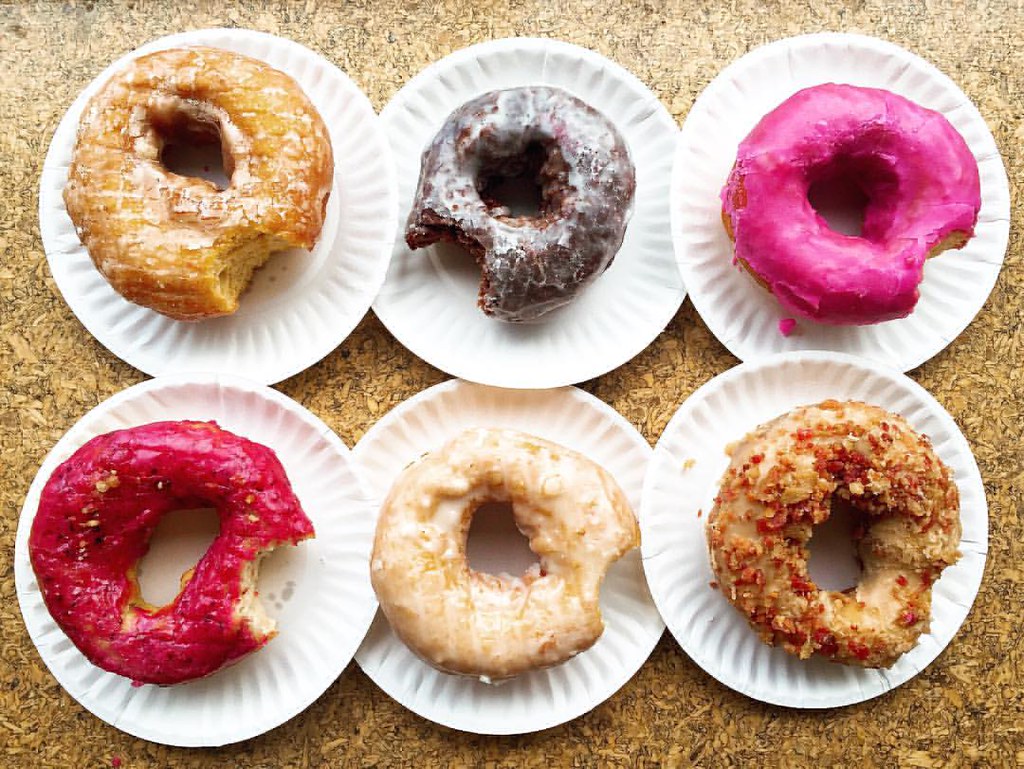 Then on to Eventide Oysters for their brown butter lobster rolls (which I’ve tried to recreate).  We also tried the salmon poke this time, which I thought was prettier than it tasted. 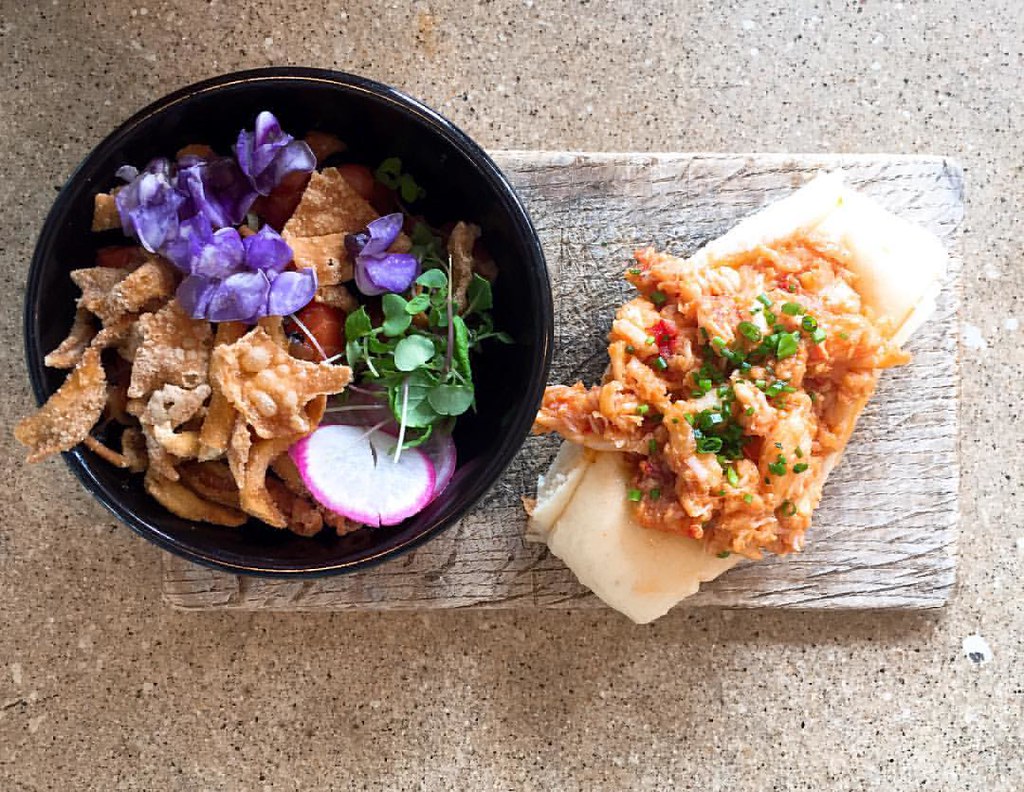 Since it was such a beautiful day, and we had some time before dinner, we took the ferry over to Peaks Island to see if there was anything interesting there.  There wasn’t.  But Christine did find this awesome piece of sea glass there! 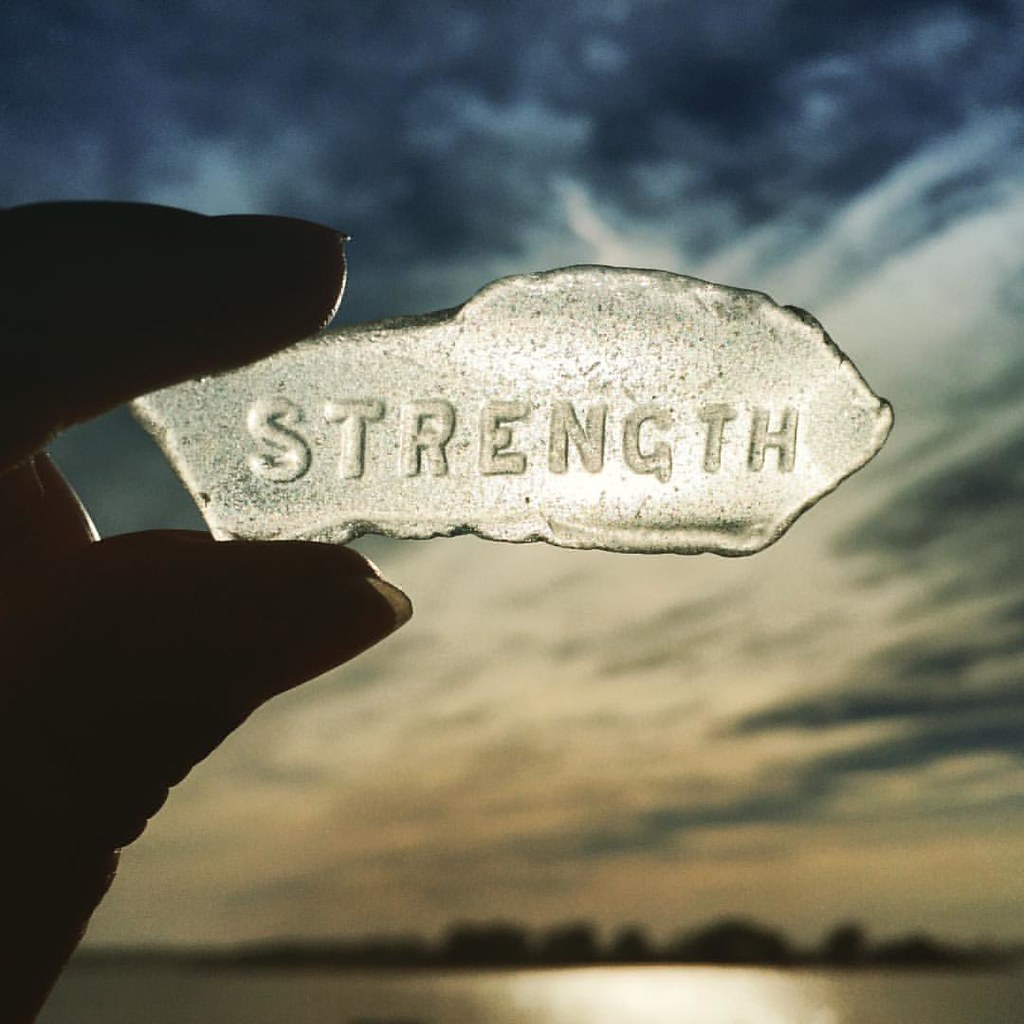 After dinner at Duck Fat, we decided to grab some dessert from The Honey Paw, a new fusion restaurant next door to Eventide.  We tried the caramelized honeycomb soft serve with magic shell and honeycomb candy. 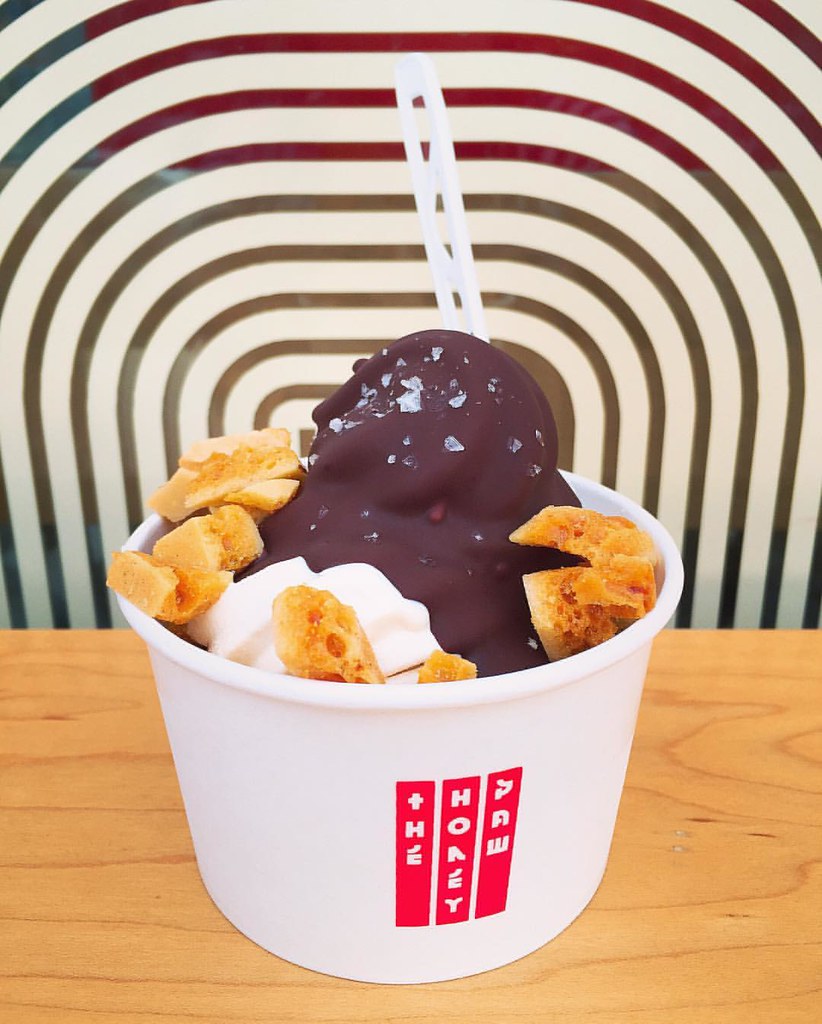 It might have been the best thing we ate that day and is definitely going on our to-eat list for future trips!

I tried to recreate it at home using one of Jeni’s recipes as a guide, but I wasn’t able to get that pure honey flavor that was the reason I loved the original version.  But then I realized it reminded me of Toscanini’s burnt caramel ice cream, which is a very, very good thing.  I also liked how the honeycomb candy–also made with one of Jeni’s recipes–added a unique texture when layered in with the ice cream. 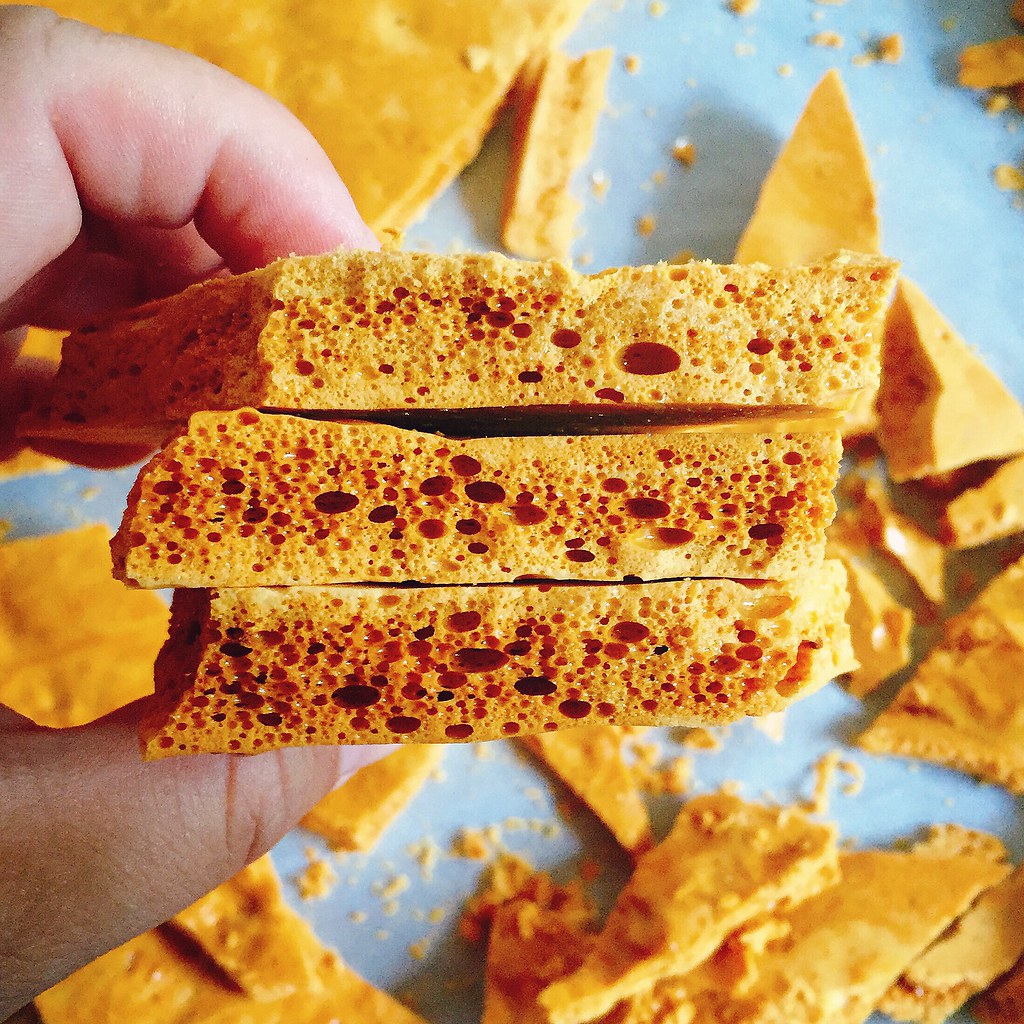 Bring the sugar, water, honey, and corn syrup to a boil in a large saucepan over medium-high heat.  When it reaches 300°F, remove from heat and stir in the baking soda.  Pour into a parchment-lined baking sheet and let cool.  Break into small pieces.  You’ll only need about half the amount that this recipe makes for the ice cream, but it’s great eaten on its own or coated with chocolate.  Store in an airtight container.

Make a slurry with the cornstarch and 2 tablespoons of the milk and set aside.  Whisk the cream cheese and salt in a medium bowl until smooth.

Gradually whisk the hot milk mixture into the cream cheese until smooth.  Chill the mixture in an ice bath or in the refrigerator until cold.

Churn according to your ice cream maker’s instructions.  Pack the ice cream into a storage container, mixing in the honeycomb candy as you go.  Freeze in your freezer until firm, at least 4 hours. 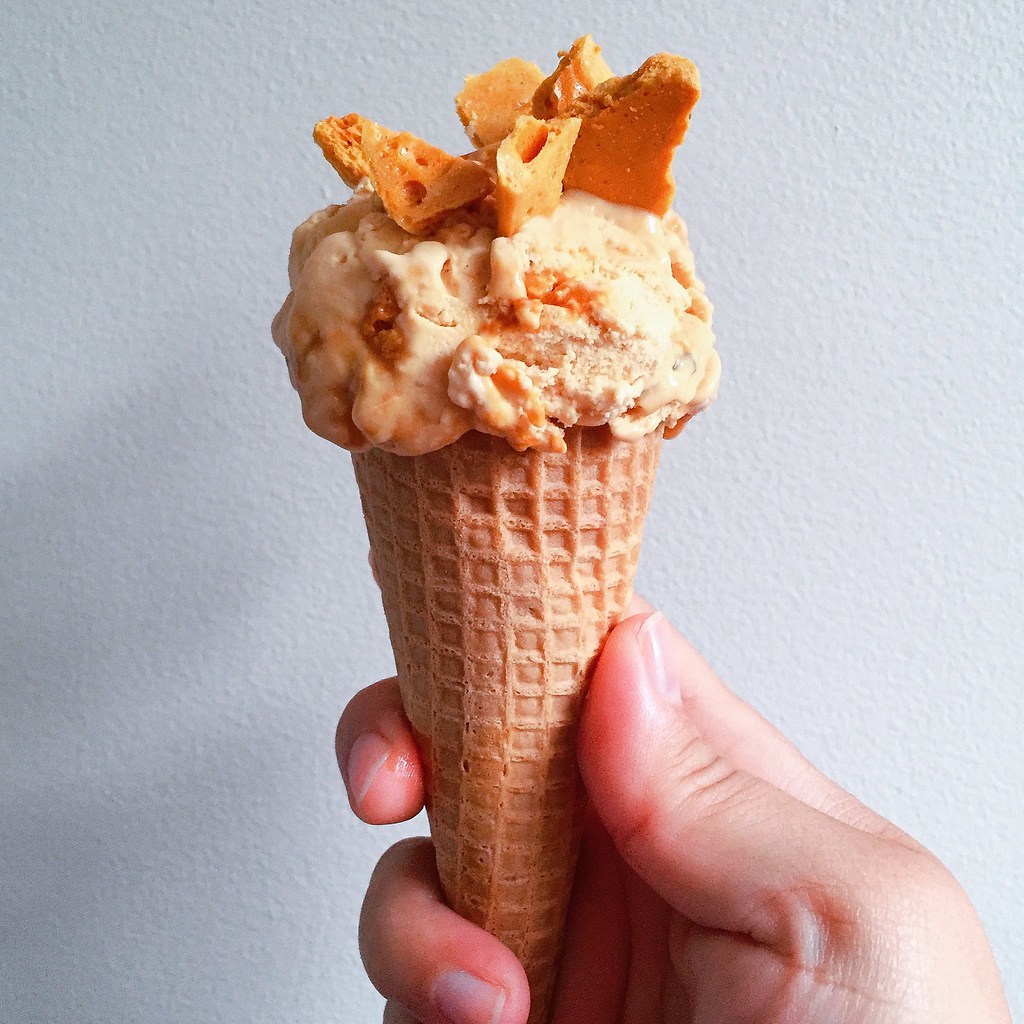