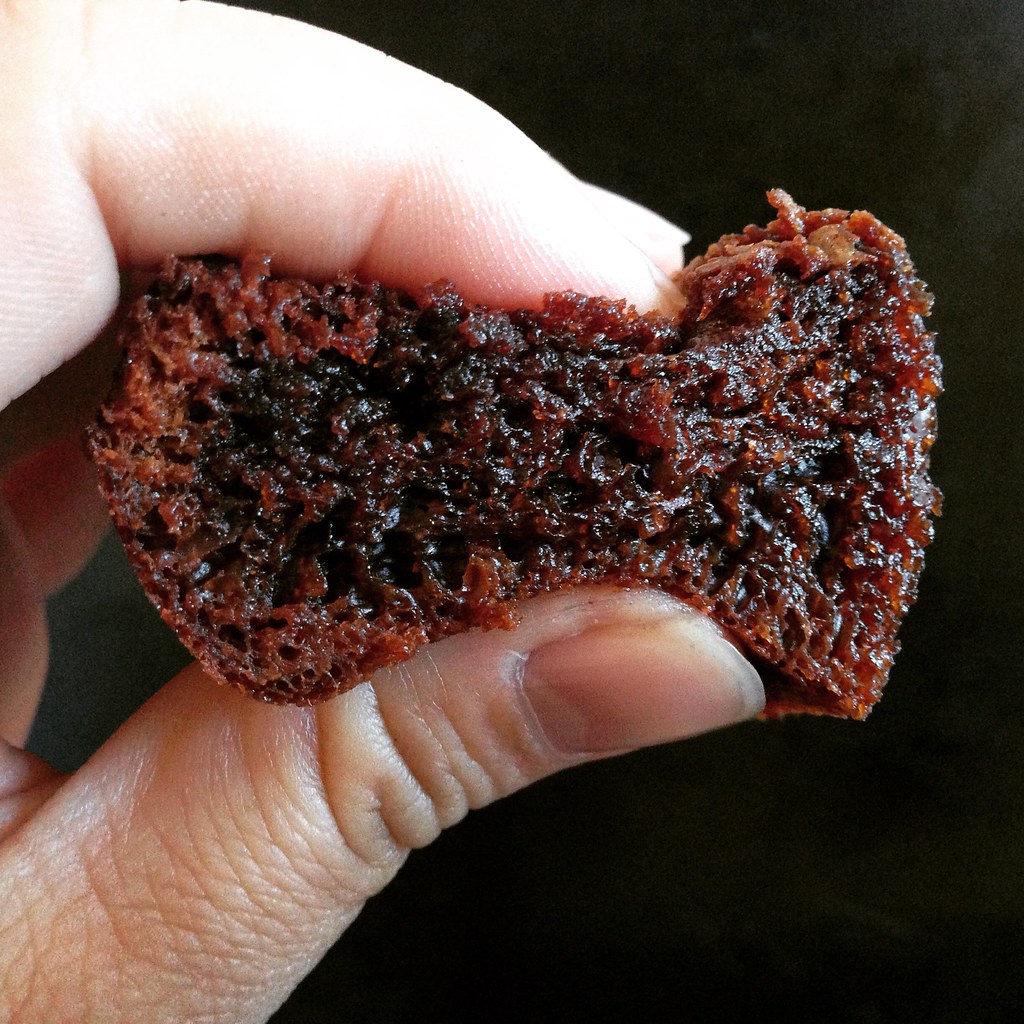 Bouncy.  Chewy  Springy.  Squishy.  These are probably not words you usually associate with a chocolate cake, and yet this Chocolate Mochi Snack Cake is all of those things.  Just looking at this cake you’d think it would be dense and crazy sweet like a brownie, but it’s actually rather light and just sweet enough that you keep wanting another bite.  It reminds me of a steamed cake, like the kind you get at dim sum. 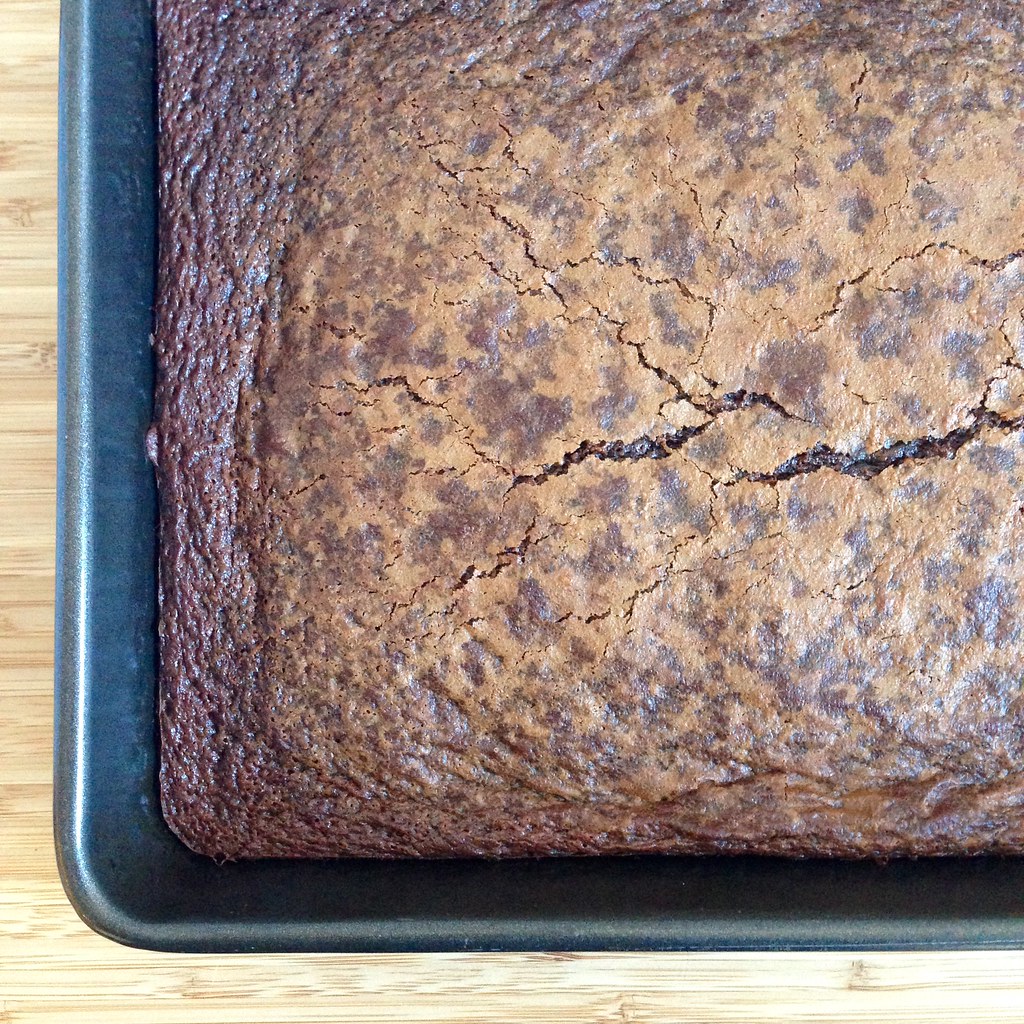 I found the recipe on Food52 and modified the directions a bit by melting the butter and chocolate right in the metal bowl of a stand mixer over a pot of simmering water.  This way you don’t have to worry about possibly burning the chocolate and it’s one less transfer to worry about.  If you don’t have a stand mixer, you can melt the butter and chocolate in a
metal bowl set over a pot of simmering water and proceed with an
electric beater.  I also mixed the eggs with the evaporated milk and vanilla extract before adding to the melted butter/chocolate mixture to help prevent the eggs from cooking and curdling.

Since this cake is made with rice flour, it is totally gluten free!  I’m not sure how you could make this without the eggs to make it vegan, but I bet you could substitute coconut milk and coconut oil for the evaporated milk and butter to make it dairy free.  Update:  I tried making the dairy free version, and it was awful. 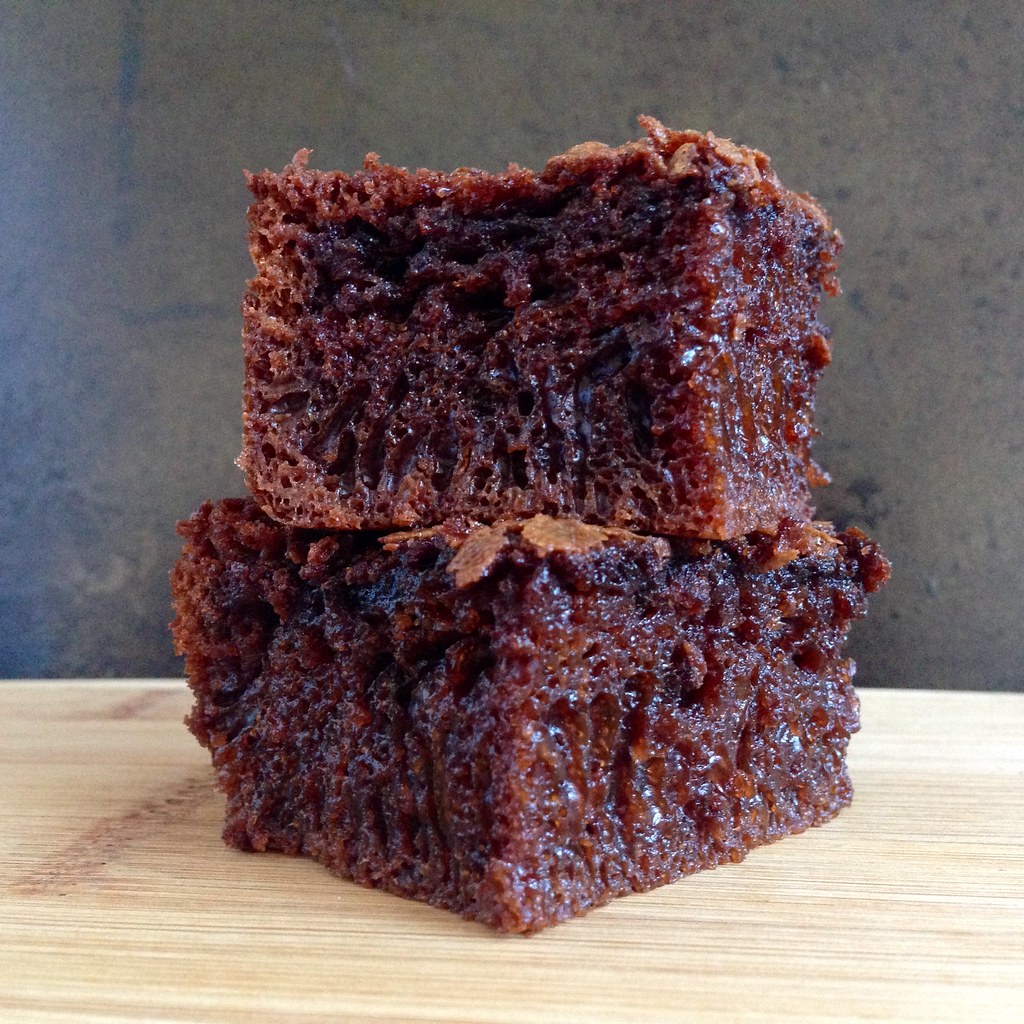 Melt the butter and the chocolate chips together the metal bowl of a stand mixer set over a pot of simmering water, stirring frequently until you have a smooth mixture.

Remove the bowl from the pot and set it back in the stand mixer with the paddle attachment.  With the mixer running on low, add the evaporated milk, vanilla, and eggs mixture and mix until incorporated.

Add the dry ingredients and mix on low until the batter is smooth and lump free. Pour into the prepared pan and bake for 45 to 55 minutes, until the cake no longer jiggles. Remove from oven and let cool before serving.

This cake should be stored at room temperature rather than refrigerated. 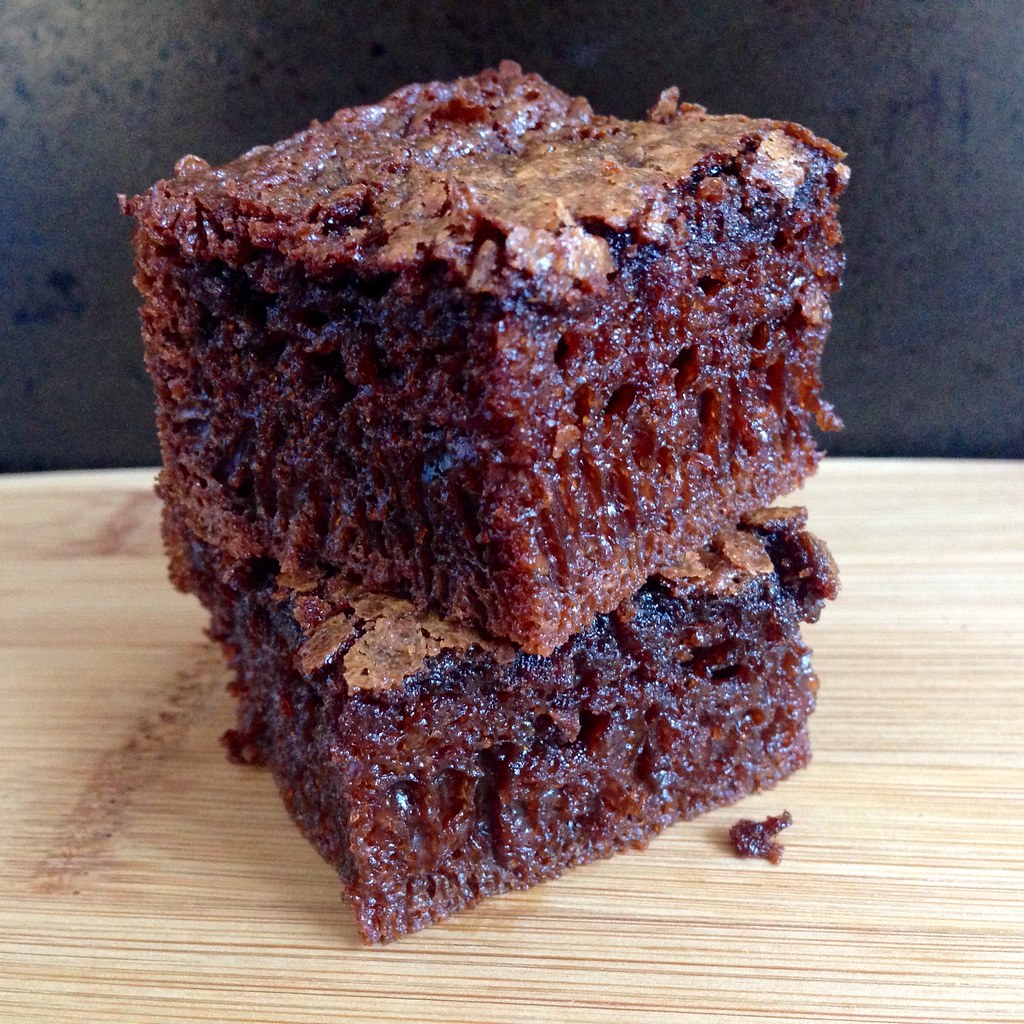