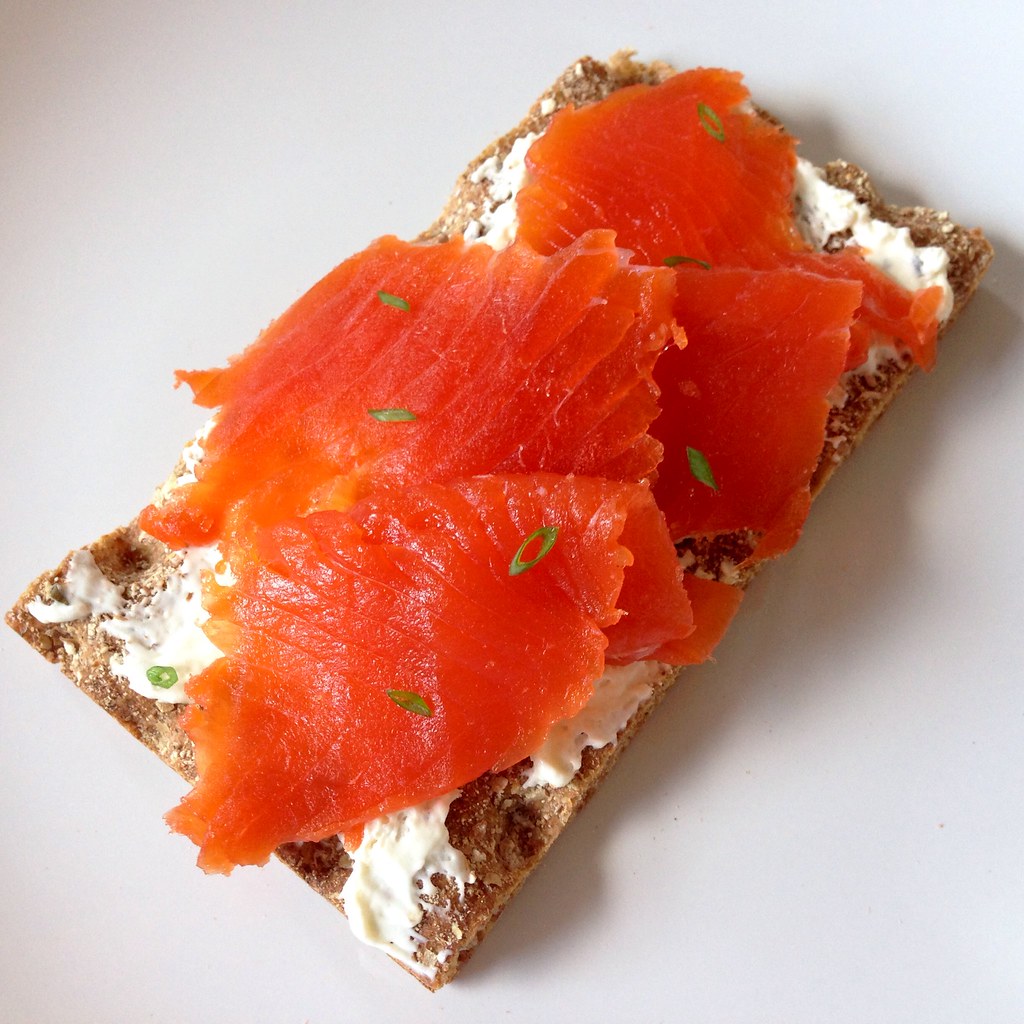 Ever since I saw Jen’s post for Thomas Keller’s citrus marinated salmon, I’ve wanted to try it out.  I love cold-smoked salmon, and the thought that I could make something similar at home was really intriguing to me.  I was in Seattle again recently, and went to Pike Place Market specifically to get another Copper River sockeye salmon just for this purpose.  Since the salmon is never actually cooked, you’ll want to get the freshest sushi-grade salmon available and treat it as you would if preparing sushi by keeping it chilled as much as possible. 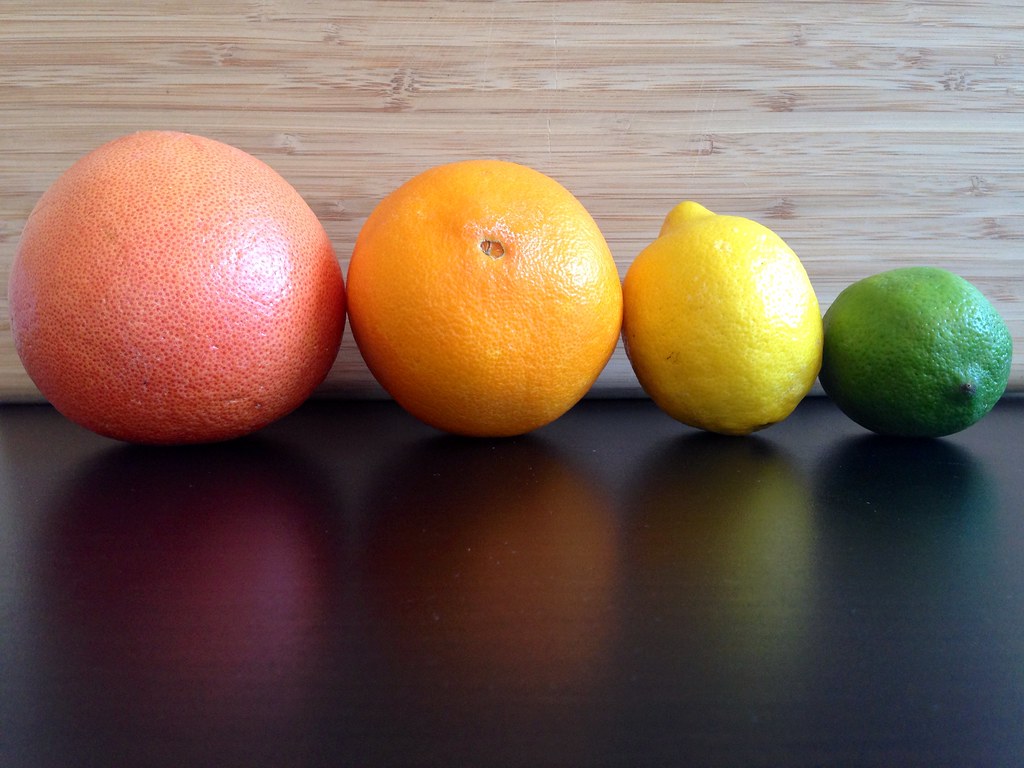 Jen’s recipe calls for a teaspoon and a half each of lime zest, lemon zest, orange zest, and grapefruit zest, but it’s okay if you don’t have all four citrus fruits; you just need about 2 tablespoons total of citrus zest for this recipe.  Since I had the time to cure my salmon for a full 24 hours, I chose not to press the salmon while curing it, trusting that time and salt would perform the necessary osmosis.

The change in texture of the cured salmon is pretty spectacular.  It’s a lot more dense and almost gummy like pâte de fruit.  By itself, the cured salmon can be pretty salty, but served with some crème fraîche or sour cream and crackers, it makes for a wonderfully impressive appetizer! 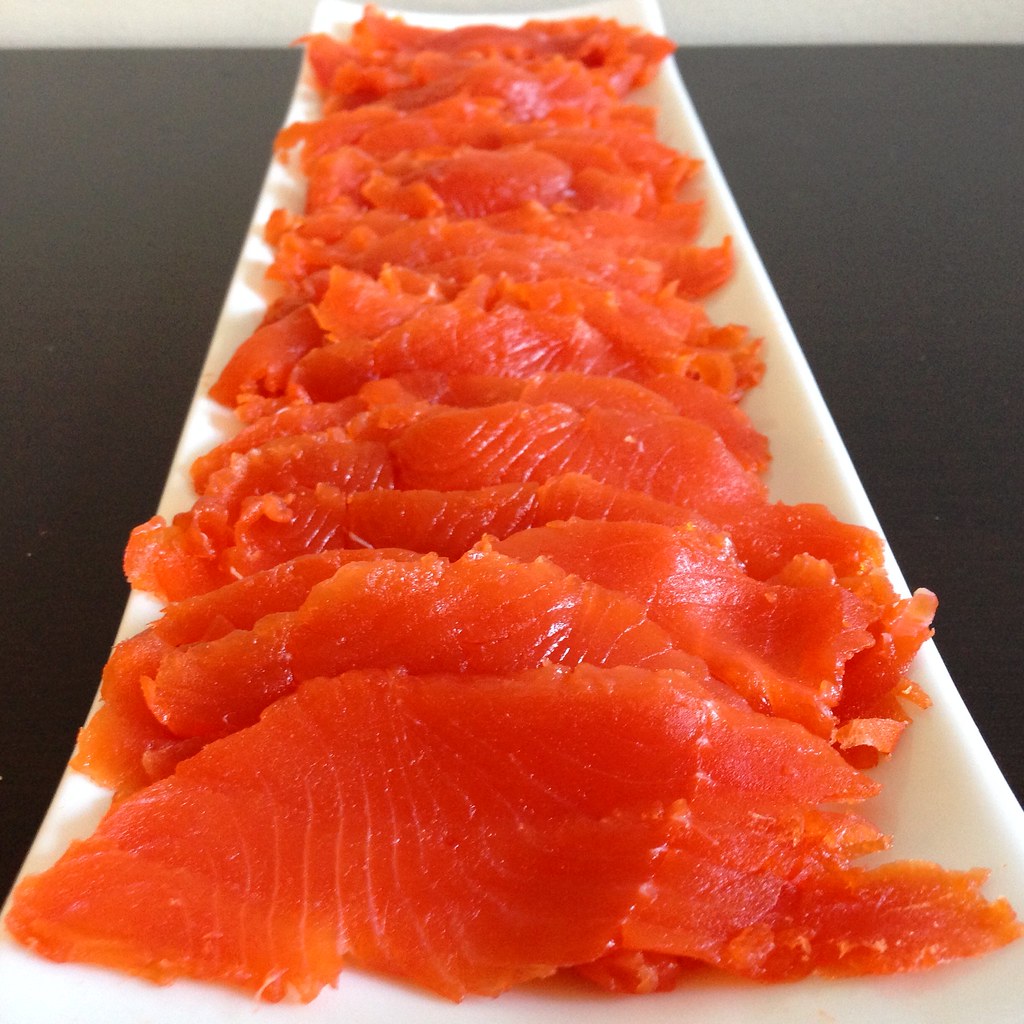 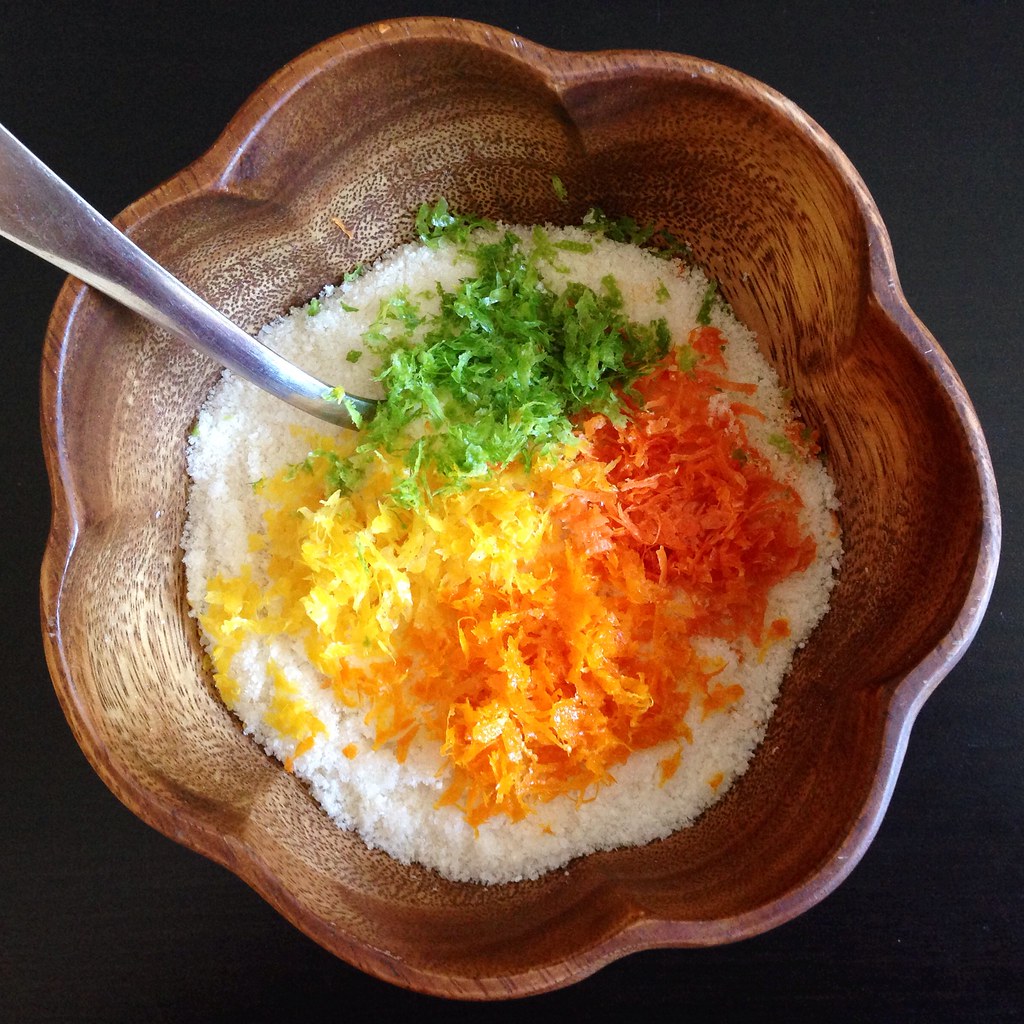 Mix the zests, salt, and sugar together.

Feel along the salmon and if there are any pin bones, remove them with tweezers or pliers. 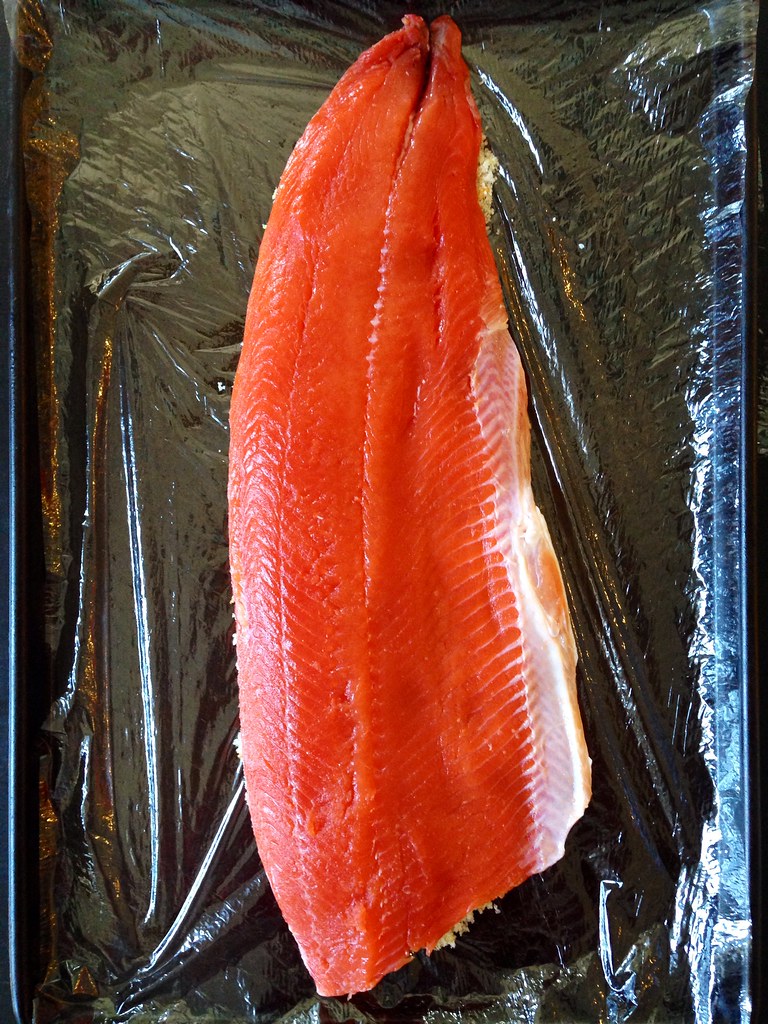 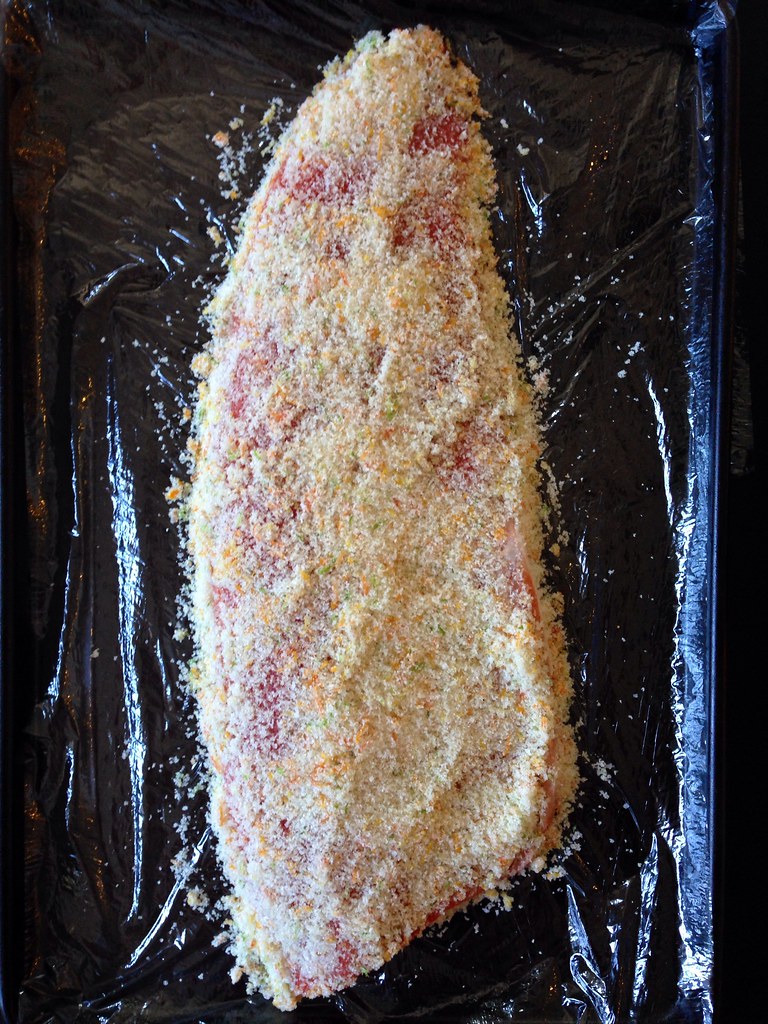 Wrap well with the plastic wrap, and transfer the tray to the refrigerator.  Let cure for 24 hours. 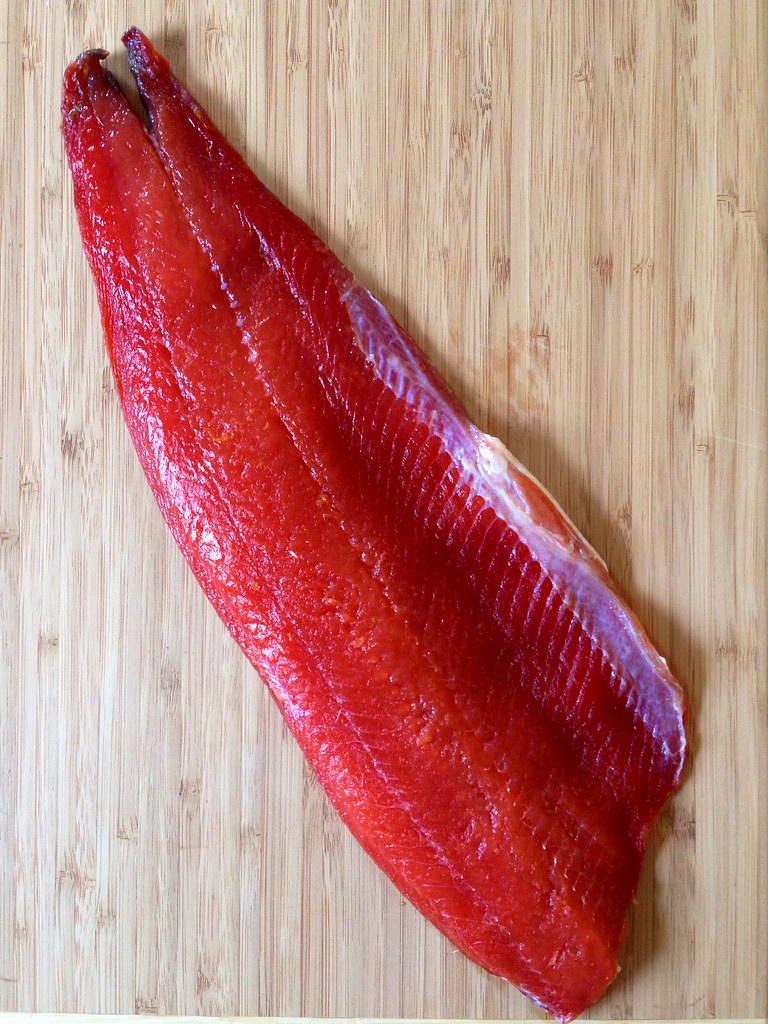 Unwrap the salmon and rinse under cold water.  Pat dry and transfer to a cutting board.  With a sharp knife, cut thin slices at an angle against the grain. 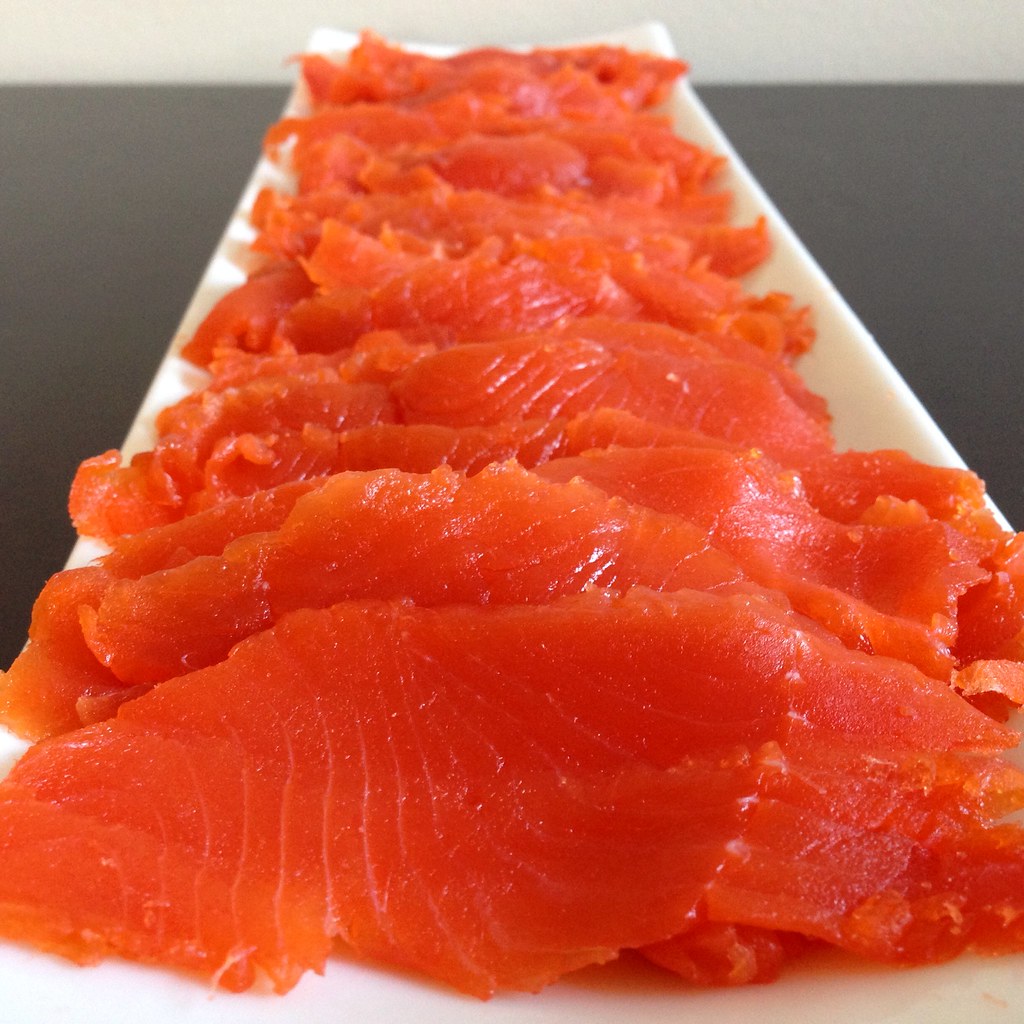 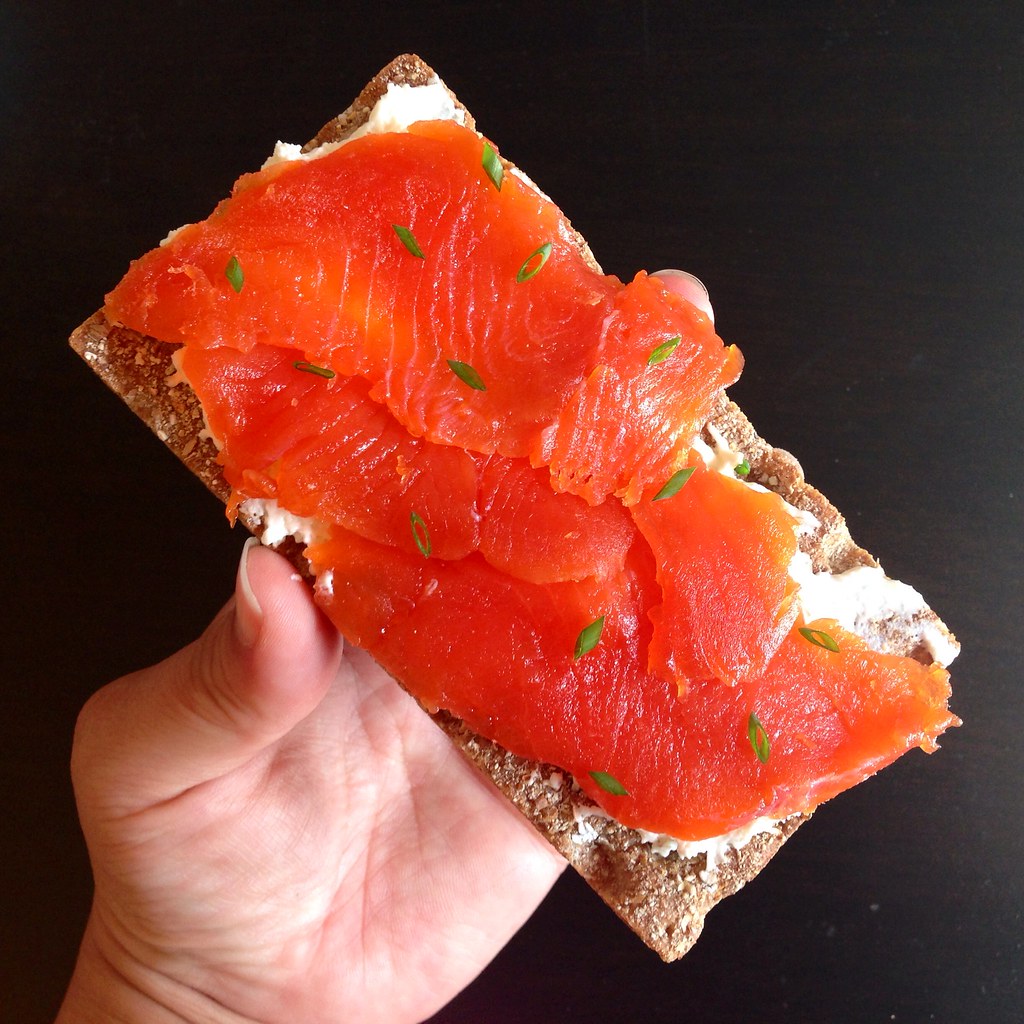 After you’ve zested the fruits, you’ll want to use them right away for something else or else they’ll dry up really quickly.  I recommend juicing them; I used the juice to make an Atlantic Beach Pie!