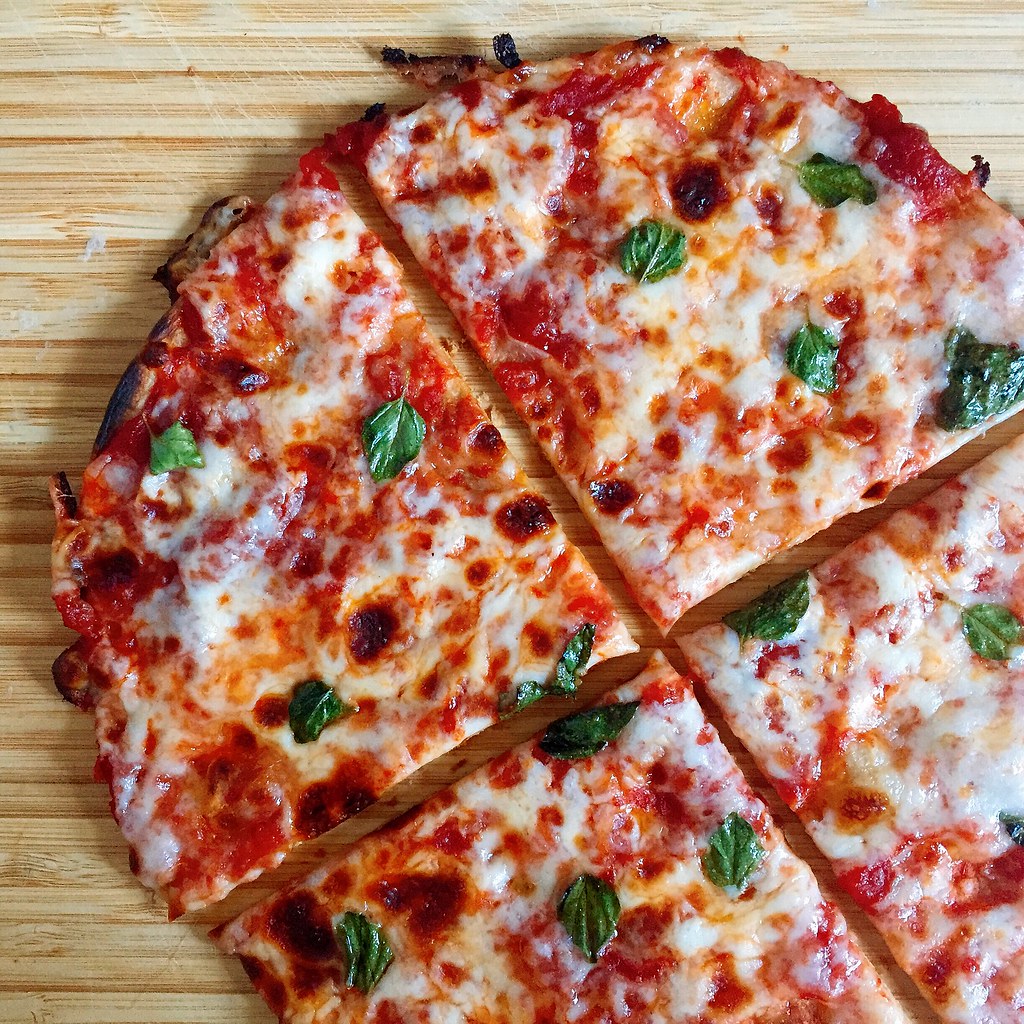 I’m ashamed to admit that one of my all-time guilty pleasures is Totino’s Party Pizza.  There’s just something I love about the extra crispy crust, the barely there tomato sauce, and even the painfully artificial cheese.  It’s probably a good thing that it’s not sold anywhere near where I live, otherwise I’d probably be eating it way too much.

That hasn’t stopped me from trying to figure out how to replicate it at home, though, and this recipe from Serious Eats is the closest I’ve gotten.  While I still prefer Ken Forkish’s Same Day Straight Pizza Dough for its chewiness and flavor, I like the use of flour tortillas in this recipe for a quick and easy alternative. 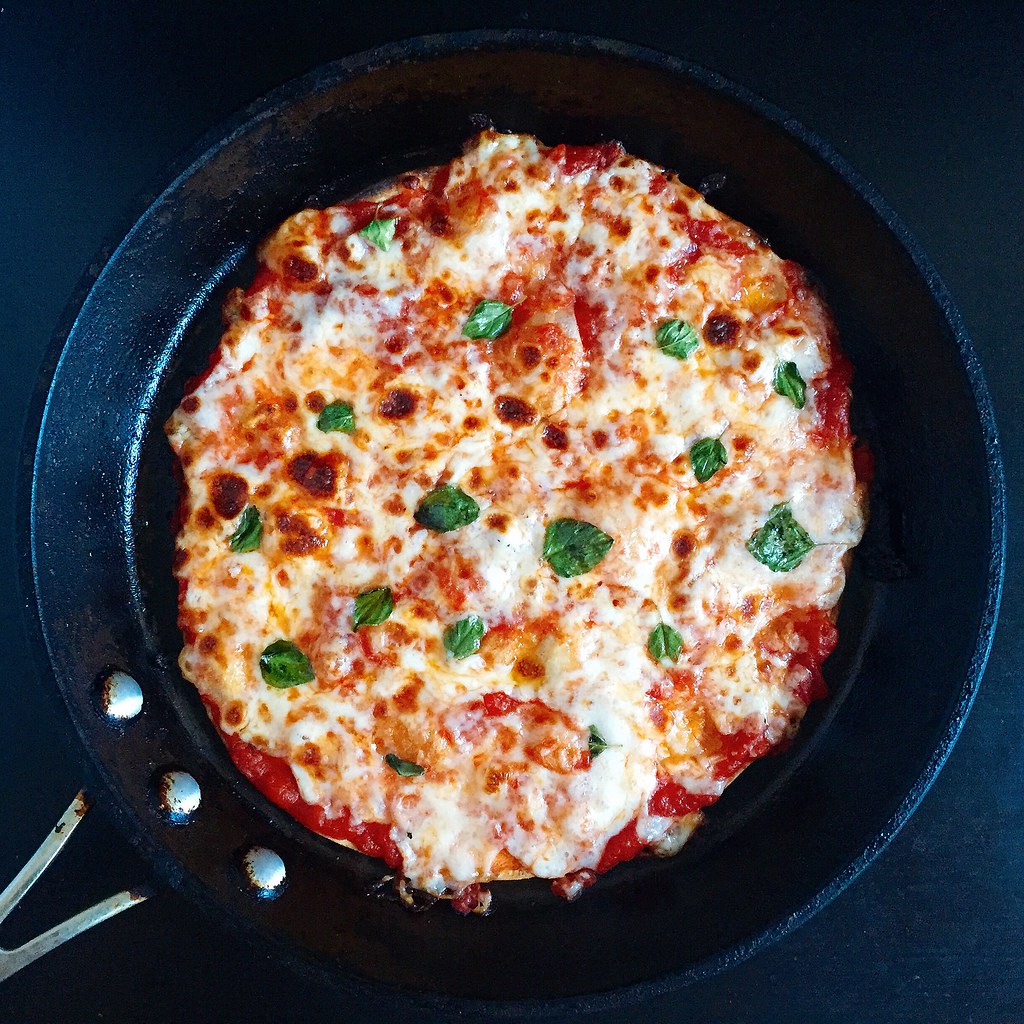 In order to get the tortilla extra crispy, it’s cooked first on the stove top in a skillet that has a diameter the same size as the tortilla.  You’ll want to use one that can be transferred to the oven, like a cast iron skillet, because it’s going under the broiler next to get the cheese all melty.

Since I don’t usually have pizza sauce on hand, I’ve been using ground peeled tomatoes and then adding a sprinkle of kosher salt and a drizzle of olive oil.  The original recipe calls for fresh basil as a final topping, but I tried using some of the fresh oregano I got in my Boston Organics delivery this week, and I found that it makes the pizza taste even more like Party Pizza. 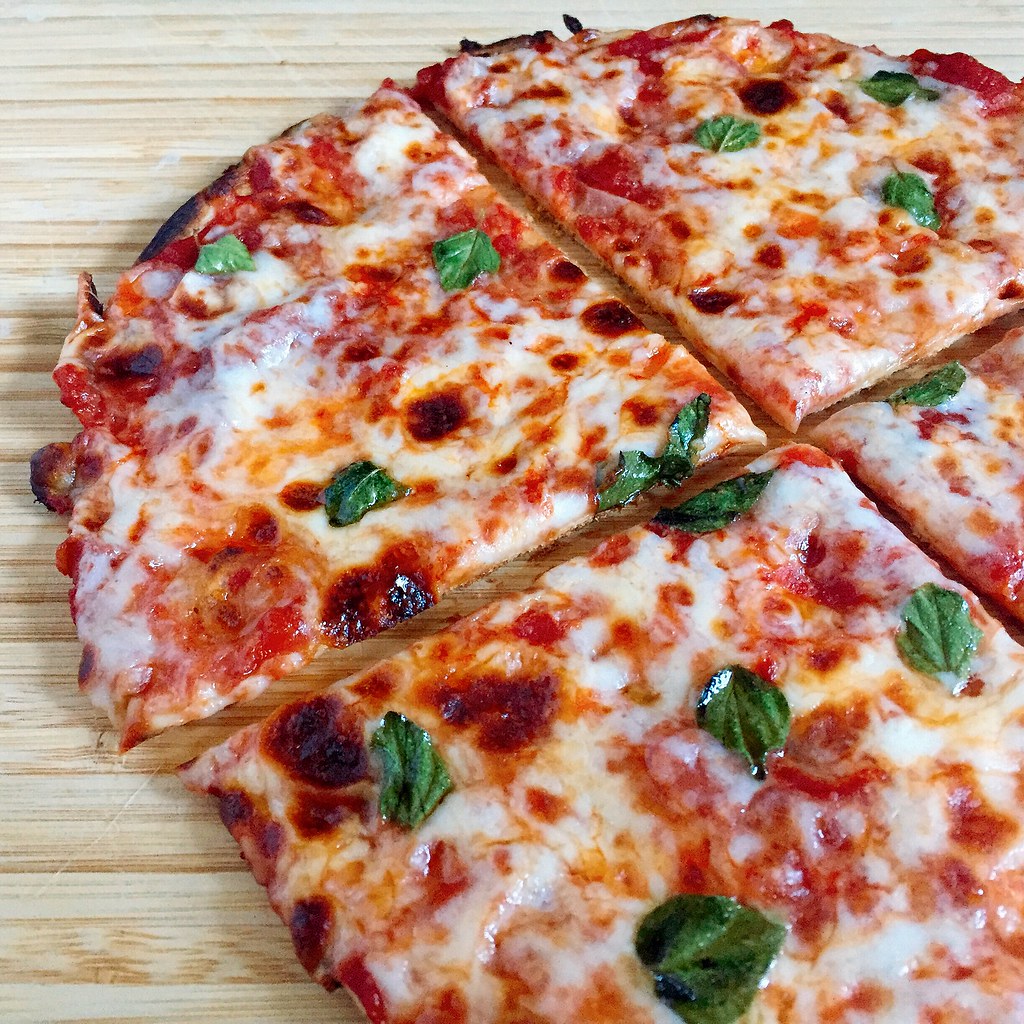 Preheat the broiler to high.

Add the olive oil to a cast iron pan with an 8″ diameter and heat over high heat.  Once it shimmers, reduce the heat to medium and use a folded paper towel to coat the bottom of the pan with the oil. Wipe the excess oil onto the rough side of the flour tortilla.  Place the tortilla rough side down in the pan.

Spoon on the pizza sauce and spread all over, right up to the edge of the tortilla.  Sprinkle on the cheese and top with a few oregano or basil leaves.

Move the pan to the broiler and broil until the cheese is melted and bubbly, just a few minutes.  Use a spatula to check if the bottom is crispy enough to your liking.  If not, return to the stovetop and continue to cook until crispy enough.

Transfer to a wooden cutting board, slice, and serve! 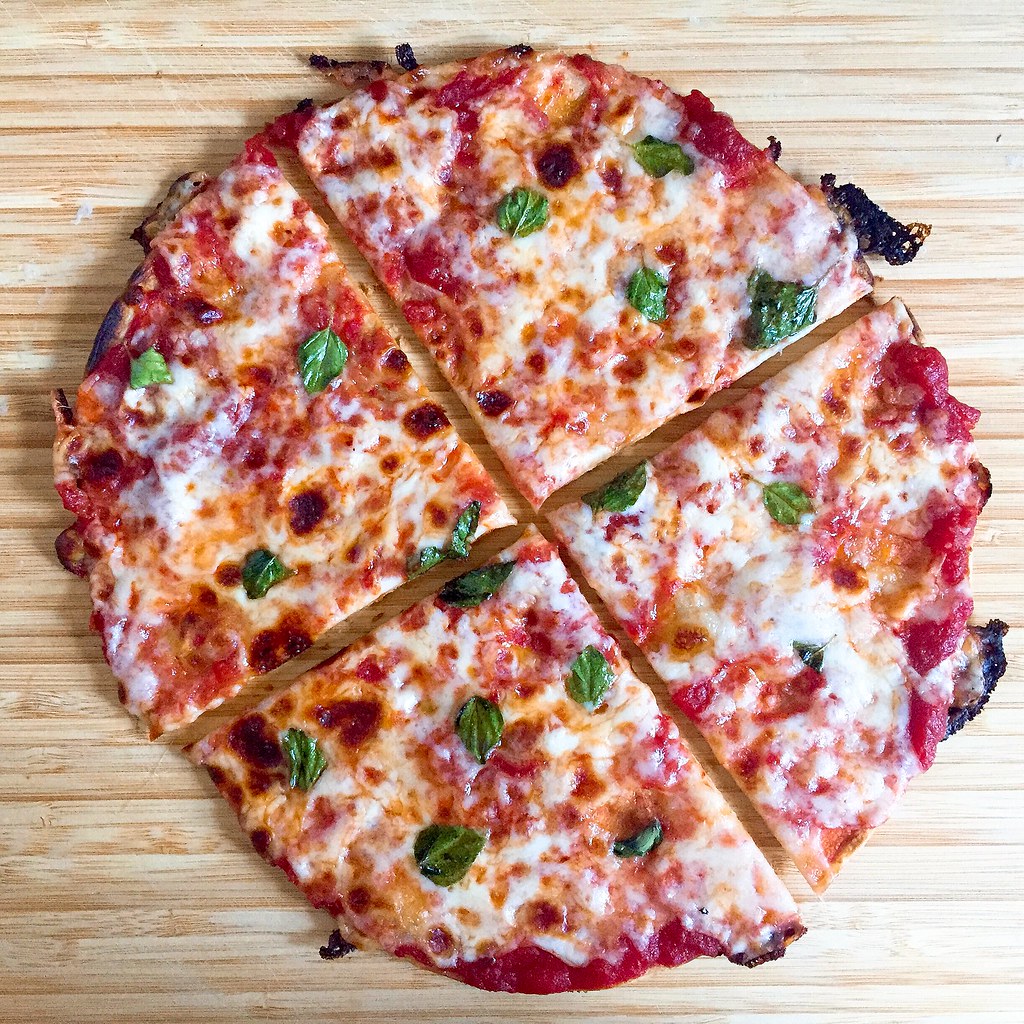