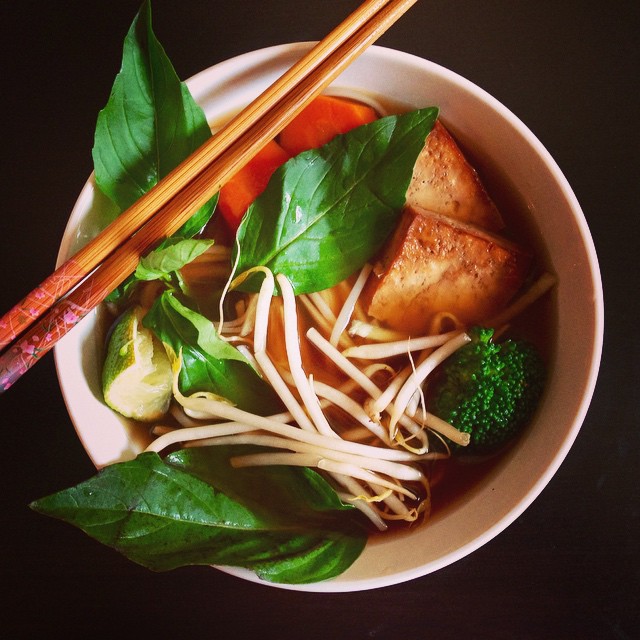 I’m ashamed to admit that I didn’t have my first phở until maybe 3 or 4 years ago.  Every time I went to a Vietnamese restaurant before that fateful day, I’d always ordered the bún with fried spring rolls and roast pork because, let’s face it, fried spring rolls are delicious.  But then one day I was with some friends who were determined to go to Turtle Tower for what was supposed to be the best chicken phở in San Francisco, so I figured I might as well try what they were famous for.  Suffice it to say, I realized I how much I had been missing out. 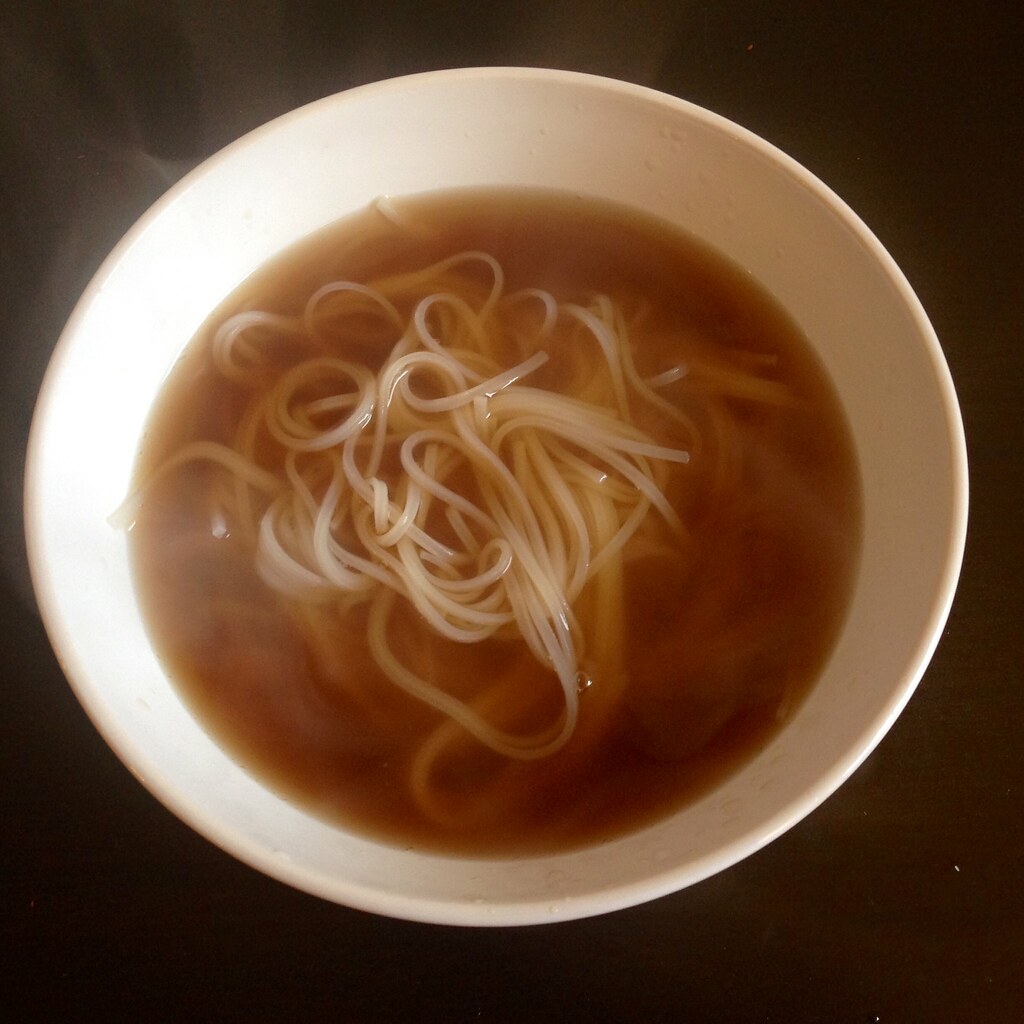 Since then, I’ve discovered that I prefer beef-based phở, especially with veggie and tofu toppings.  To try to recreate phở at home, I mostly followed this recipe from The Kitchn for a vegetarian phở but used beef broth and fish sauce instead of the vegetable broth and soy sauce.  I guess you could call it a faux phở (and in case you were wondering, phở is pronounced as if you were saying the first part of a very bad word).  The result is pretty close to what I’m used to, but definitely no where close to what you’d get from making your own broth from beef bones.  I also noticed the distinct lack of MSG, which I would’ve added if I had any. 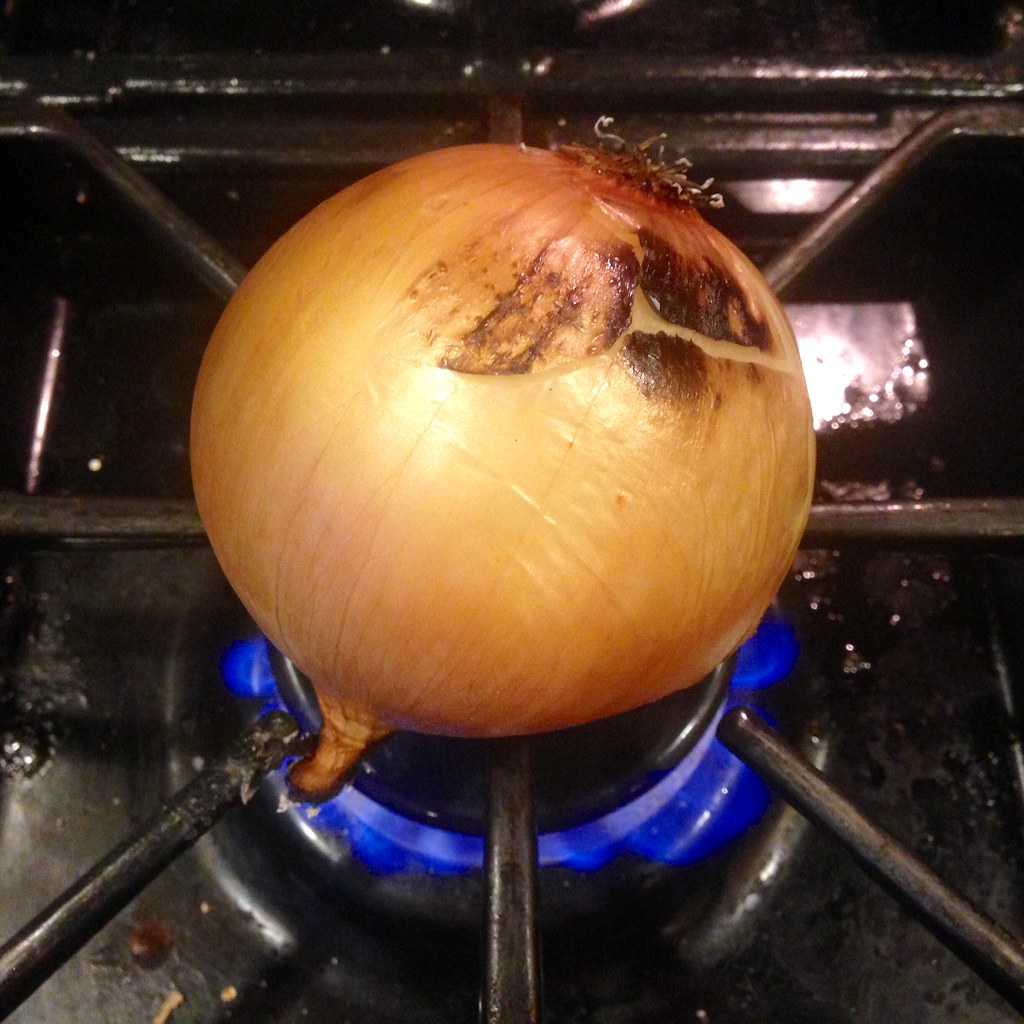 One of the first things you do in this recipe is char an onion and ginger over an open flame.  If you don’t have a gas stove, you can also get the same type of result under a broiler.  Don’t be afraid of getting them a bit burnt; that’s the point.  You’ll end up peeling off the burnt parts, anyways, revealing the softened, aromatic insides before adding it to the broth.  For the protein, I pressed, marinated, and baked some firm tofu similar to how I made the baked tofu for the soba noodle salad, but this time, I only baked it on each side for 10 minutes so that it was a bit softer. 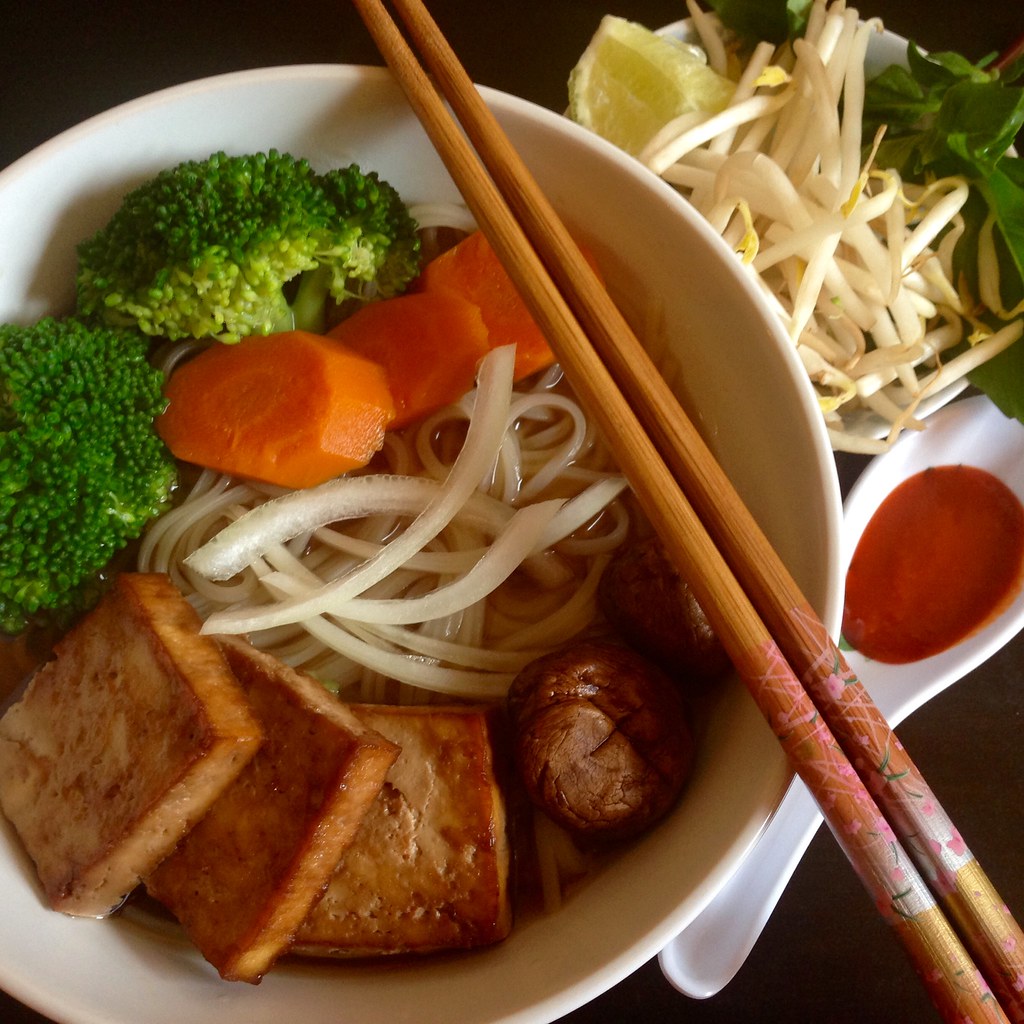 Char the onion and ginger over an open flame or directly under a broiler until slightly blackened.  Allow to cool.

In a large pot, dry roast the cinnamon, star anise, cloves, and coriander over medium-low heat, stirring to prevent burning.  When the spices are aromatic, add the water or broth, carrots, celery, fish sauce, and rock sugar.

When the onion and ginger are cool enough to handle, peel both, slice in half, and add to the broth.  Bring the broth to a boil, reduce the heat, and simmer for 30 minutes.  Strain and keep hot until ready to serve, reserving the carrot slices for topping the noodles, if you like.

While the broth is simmering, place the noodles in a large bowl and cover with very hot water.  Let stand for 20-30 minutes or until tender but still chewy.  Drain.  (If soaking does not soften the noodles enough, blanch them in a pot of boiling water for a few seconds).

Divide noodles among the serving bowls.  Taste the broth and add salt, if necessary.  You want the broth to be almost too salty, since the noodles and toppings haven’t been cooked with any salt.  Pour the broth into each bowl.  Add the toppings and serve with the garnishes on the side. 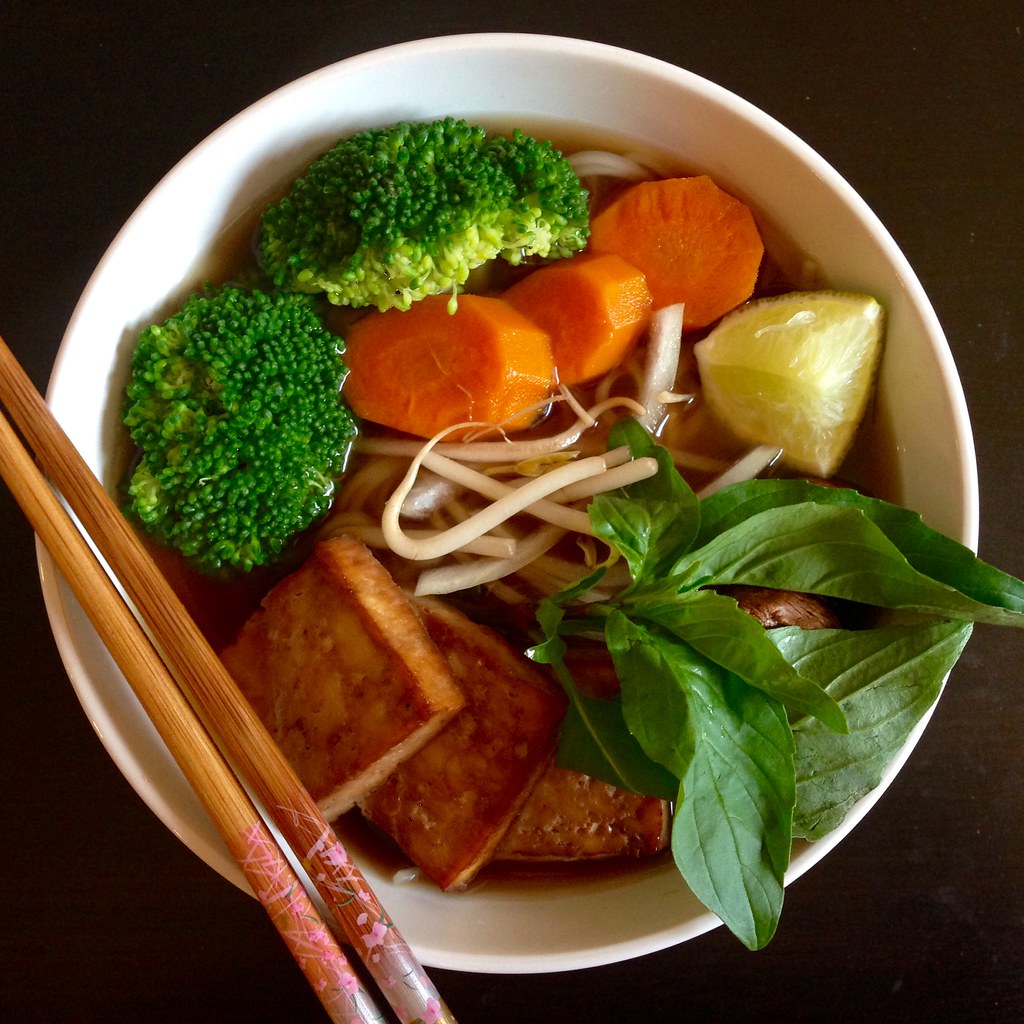 The Cooking of Joy: Salt and Pepper Tofu Chinese

The Cooking of Joy: Tofu and Shiitake Potstickers dumplings