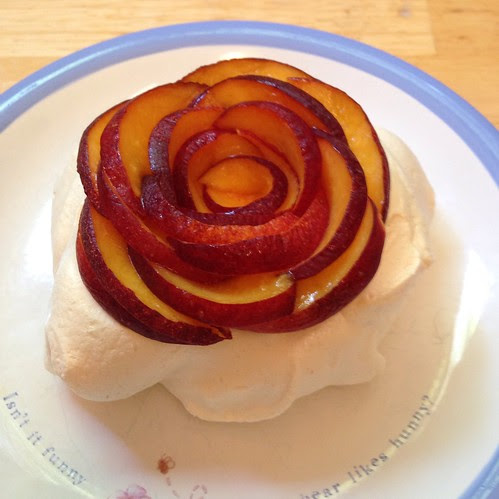 I’ve been holding off on posting about these fruit pavlovas since this summer because I honestly didn’t know what to write about them.  They’re too pretty not to share though, so I think I’ll make this a picture tutorial instead of my normal recipe plus pictures post.

Start off by making the pavlova base, which is basically a meringue with cornstarch added.  You can find a full recipe at The Kitchn. 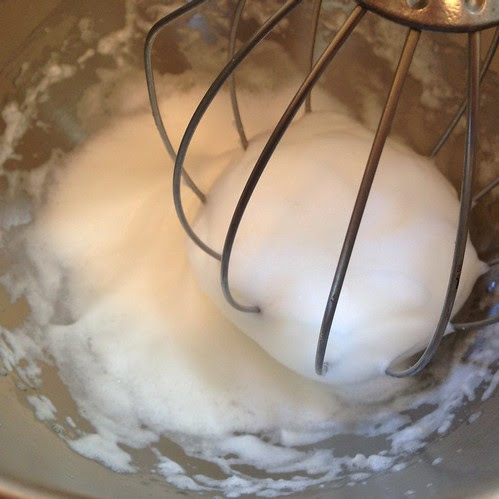 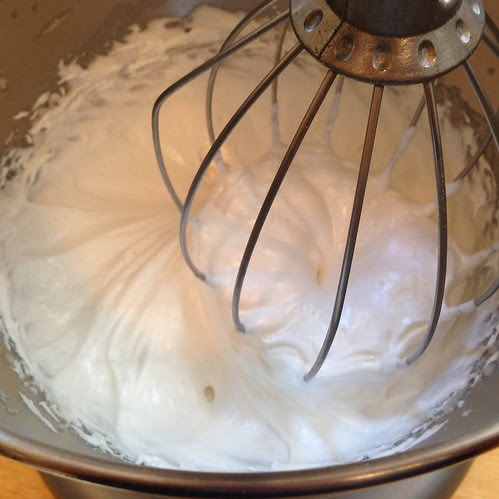 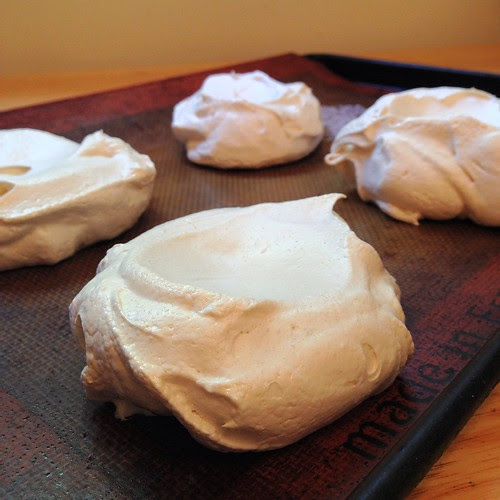 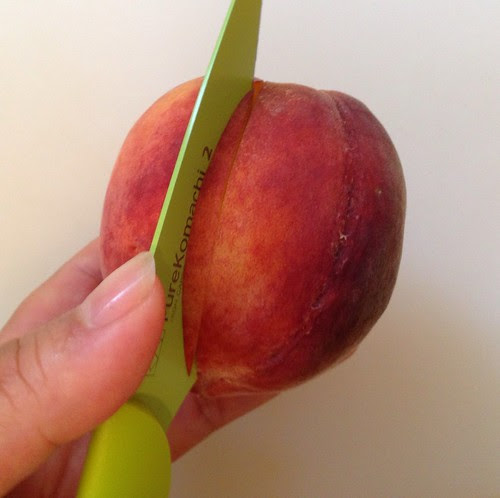 Using a paring knife, cut out a thin slice 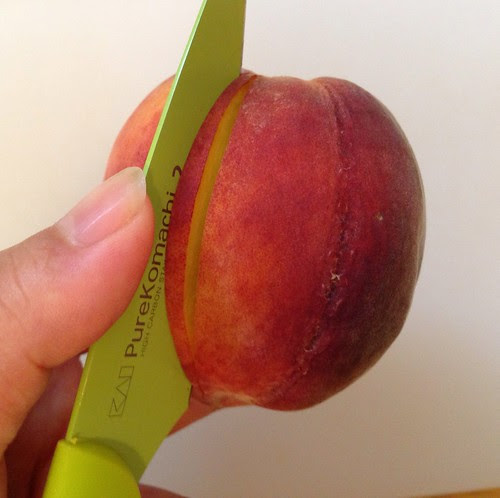 Remove the first slice and continue cutting out thin slices… 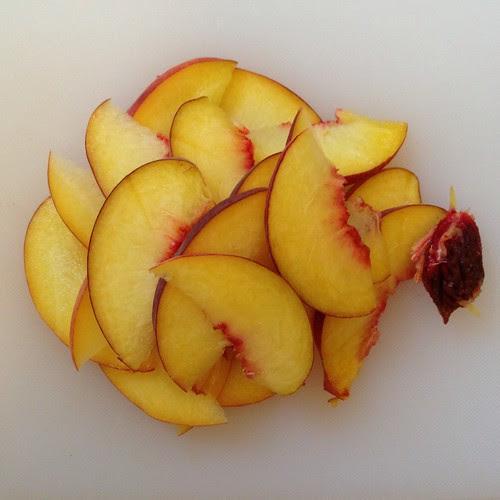 …until all you have left is the pit 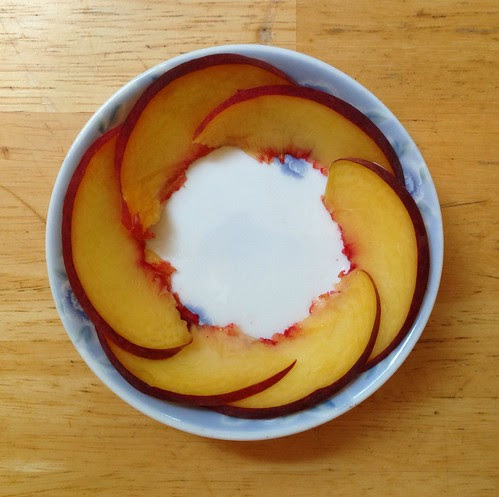 Start layering the slices in a small dish… 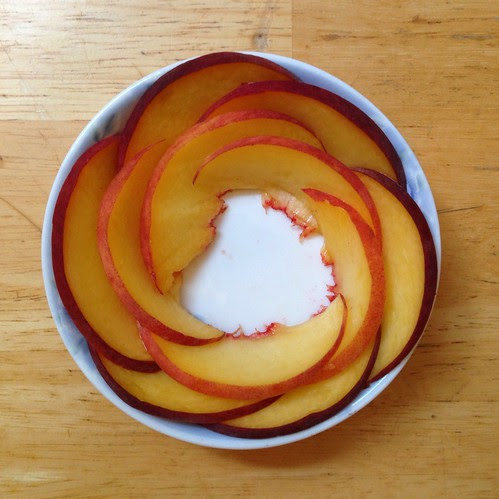 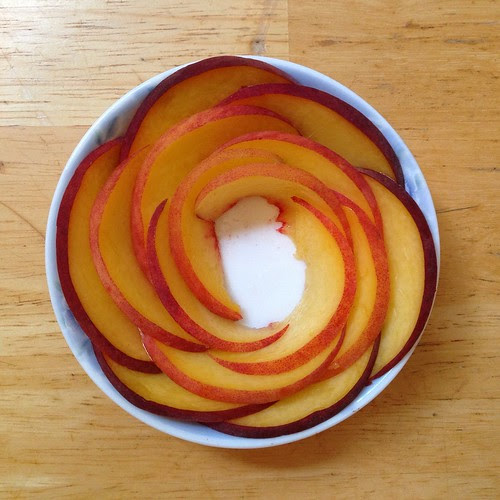 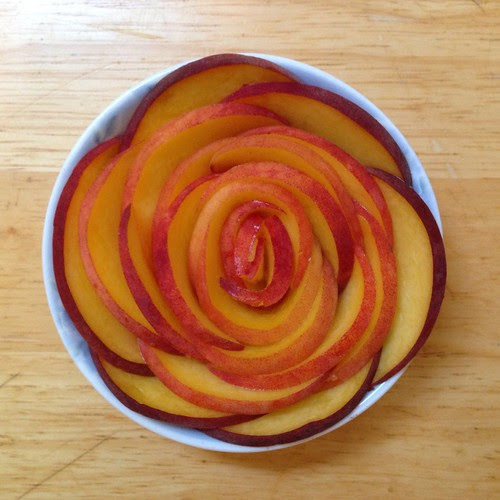 …until you fill it all in 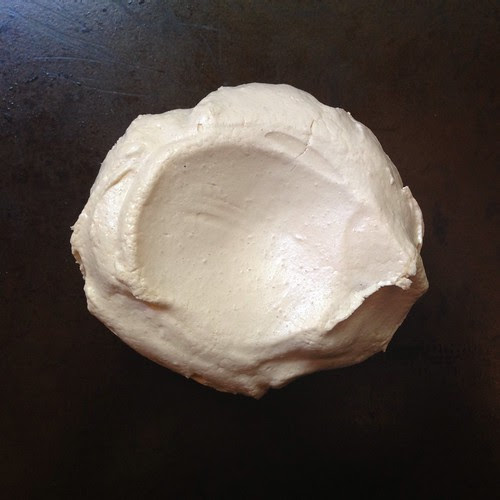 Grab a pavlova base… 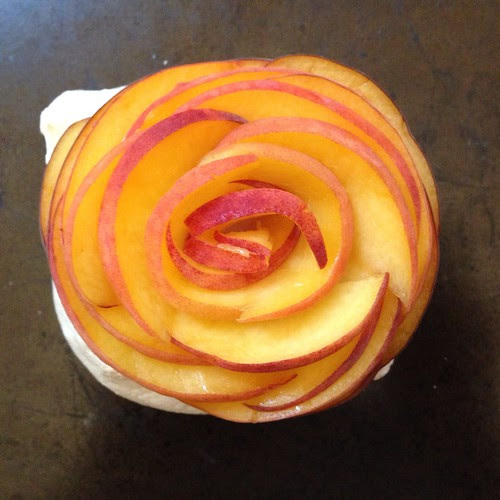 …and carefully slide the fruit slices onto it 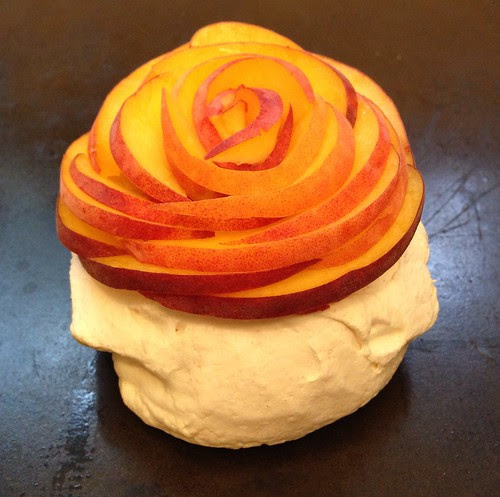 The pavlovas above were made with nectarines, if I recall correctly.  You’ll want to use fruits that will be soft enough to shape into the flower pattern.  I think they’re prettiest when there’s a contrast between the peel and flesh, but here’s one I made with kiwi slices that’s quite pretty in its own right. 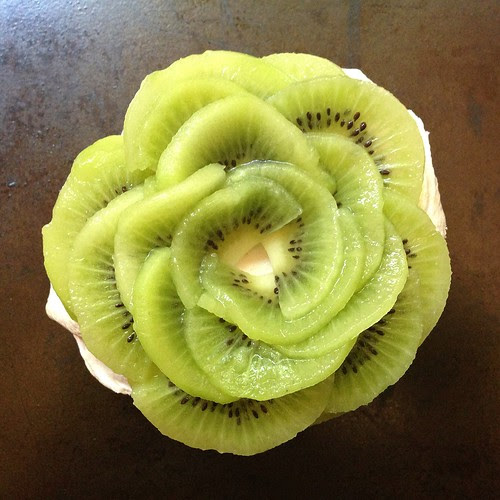 Reminds me of a succulent plant 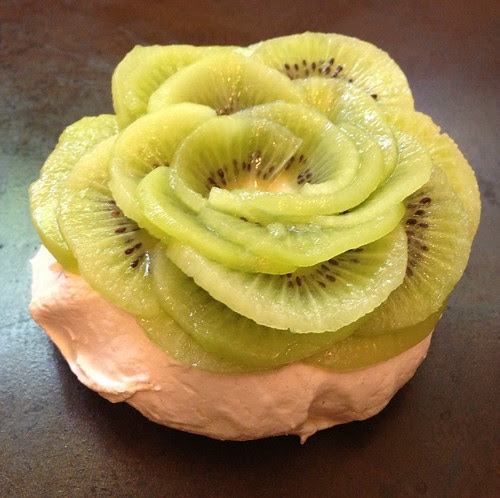