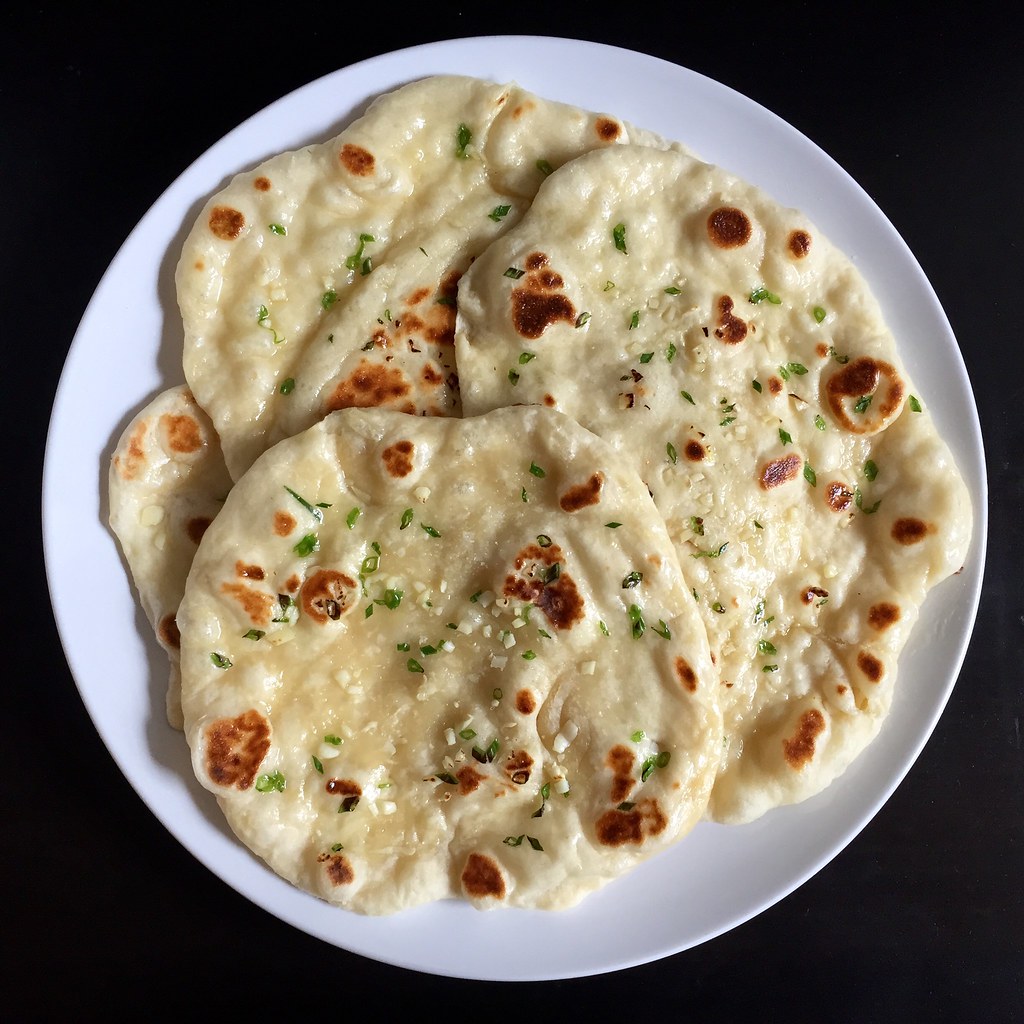 What’s the point in making tikka masala if you don’t have any naan to swipe up the leftover sauce?  If I had known how easy it was to make naan on the stovetop, I would’ve made it a long time ago!  Since I had some garlic and scallions lying around, I decided to make the garlic version, which let’s face it, is so much better than the plain version.

I found the dough to be on the wetter side, so make sure you work it on a floured surface and use a floured rolling pin or else it’ll end up sticking everywhere and to everything.  Sadly, naan does not keep well so I would suggest eating it the same day it is made. 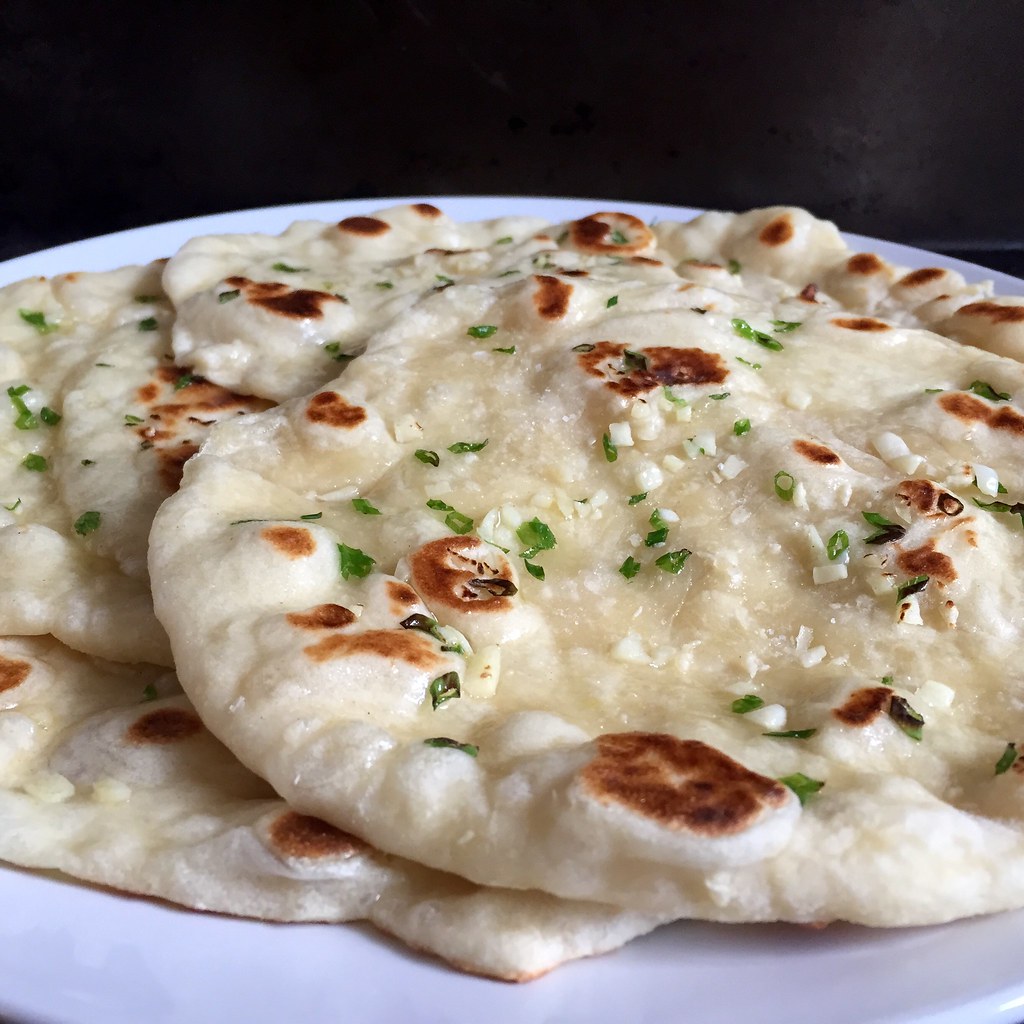 Stir water and honey in a bowl.  Add the yeast and let sit until foamy. Add the flour, yogurt, oil, and salt and stir until dough forms. Knead the dough in bowl until smooth, about 5 minutes. Cover and let sit in a warm place until doubled in size, about 1 hour.

Transfer dough to a floured work surface and divide into 4 balls. Working with 1 ball at a time and using a rolling pin, roll dough into a 7″ circle about 1⁄4″ thick. Sprinkle with garlic and scallions and press into dough.

Heat a 12″ nonstick skillet over medium-high. Working with 1 piece dough at a time, cook dough, plain side down, until bubbles appear over the surface and brown spots appear on the bottom, about a minute. Flip the dough and cook until the bottom gets browned in spots as well. Transfer naan to a plate and brush with ghee.  Sprinkle with more kosher salt and serve hot. 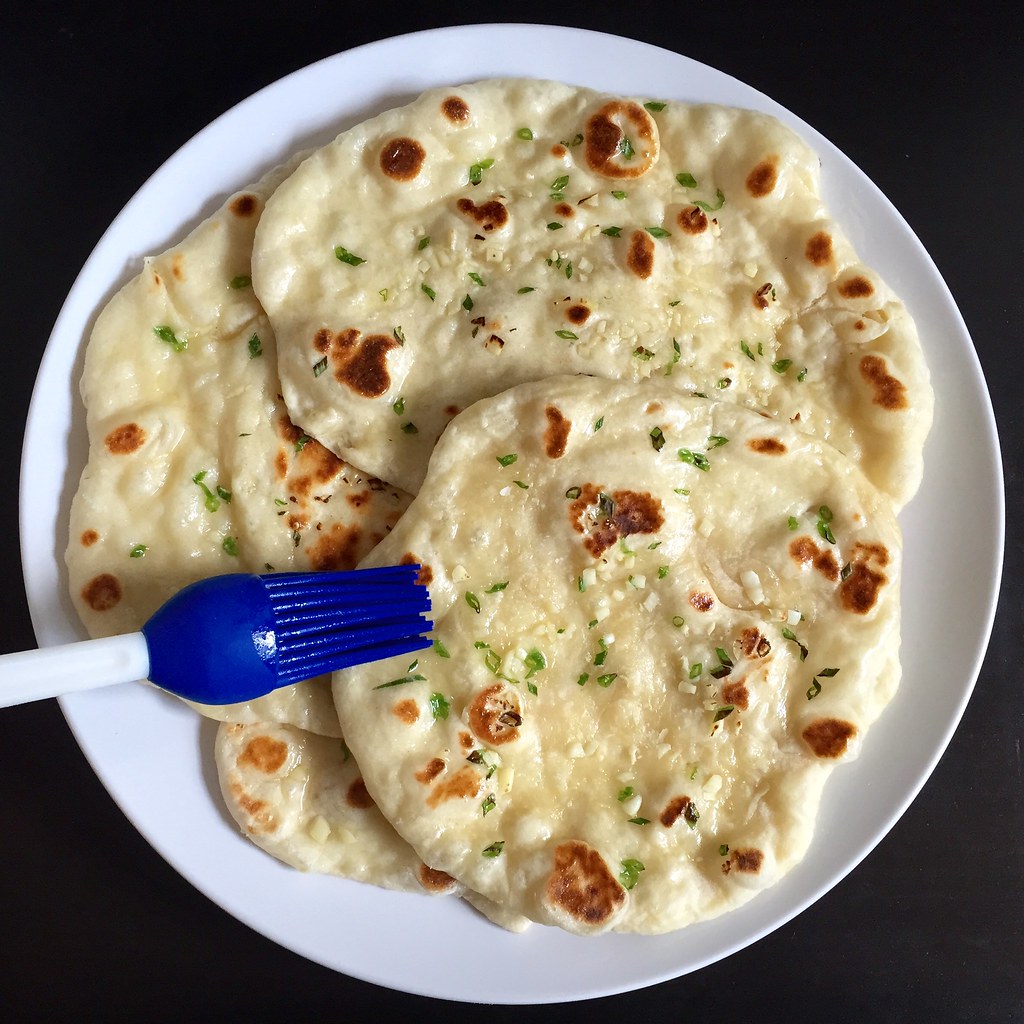 The Cooking of Joy: No Knead Sourdough Focaccia bread

The Cooking of Joy: My Sourdough Challah bread