How do you pronounce the word “sherbet”?  I think I’ve always thought it was “sher-bert” but one day I realized there’s only one “r” in the word.  Anyways, I think this is the first sherbet I’ve ever made, and it’s not even what I would call a real sherbet.  To me, a sherbet is just a sorbet with milk.

This is a ginger beer sorbet made with some coconut milk added, and guys, it’s amazing.  I started off meaning to make a Dark and Stormy sorbet based on this recipe from Serious Eats, but then I forgot about adding the rum at the end.  I also didn’t add the freshly grated ginger or the lime zest, and it’s still awesome.  The frozen ginger beer is zippy and refreshing, and the coconut milk just rounds it out slightly with a light creaminess and nuttiness.  I served this after the New England clambake, and it was kind of just the best thing ever.  ^_^ 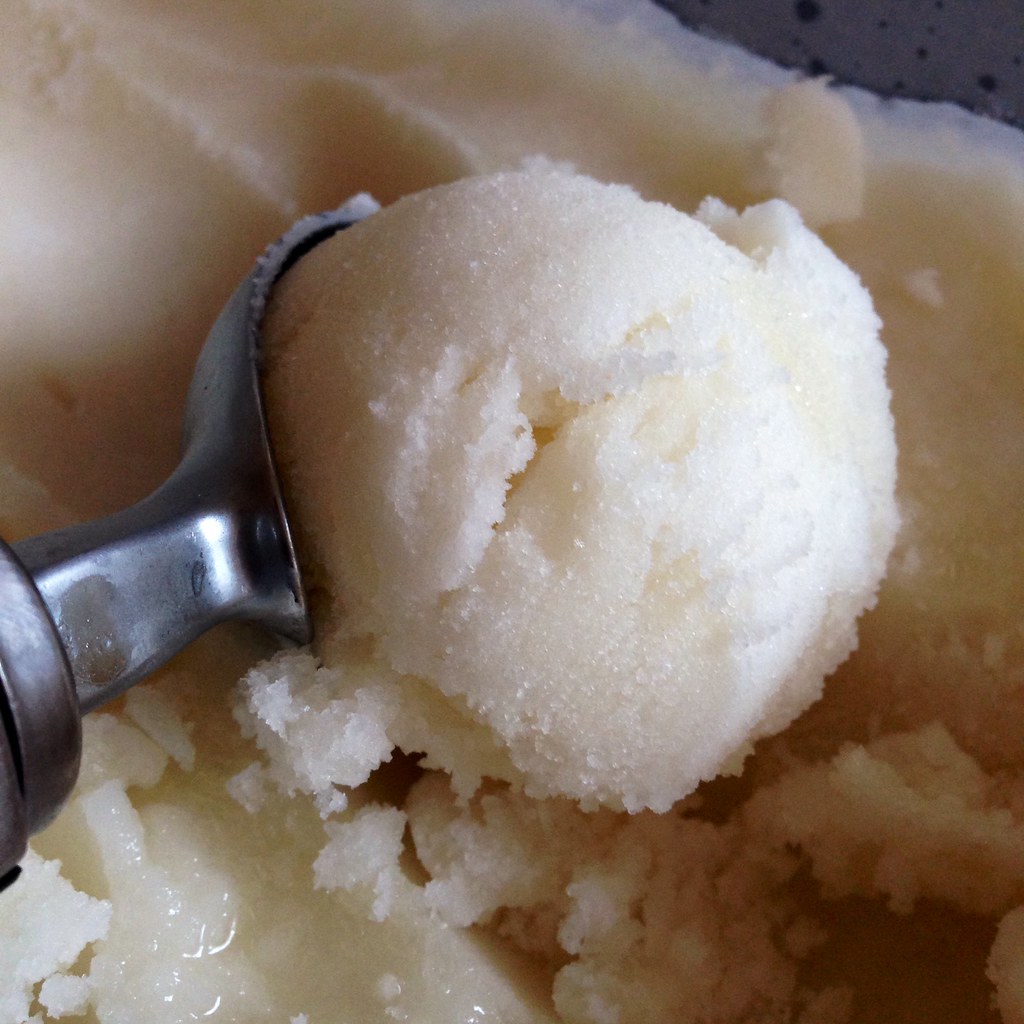 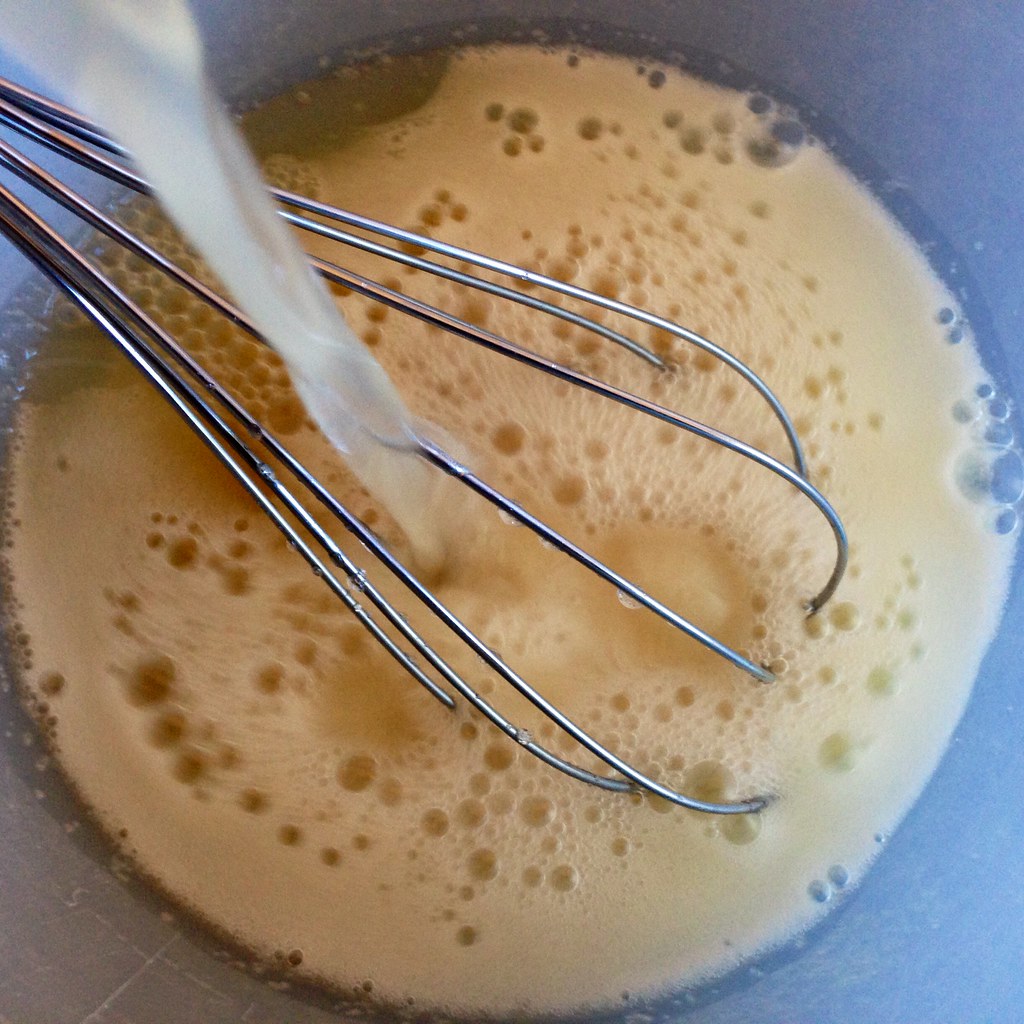 Whisk all the ingredients together until the sugar dissolves.  Transfer to the refrigerator and chill thoroughly for several hours. 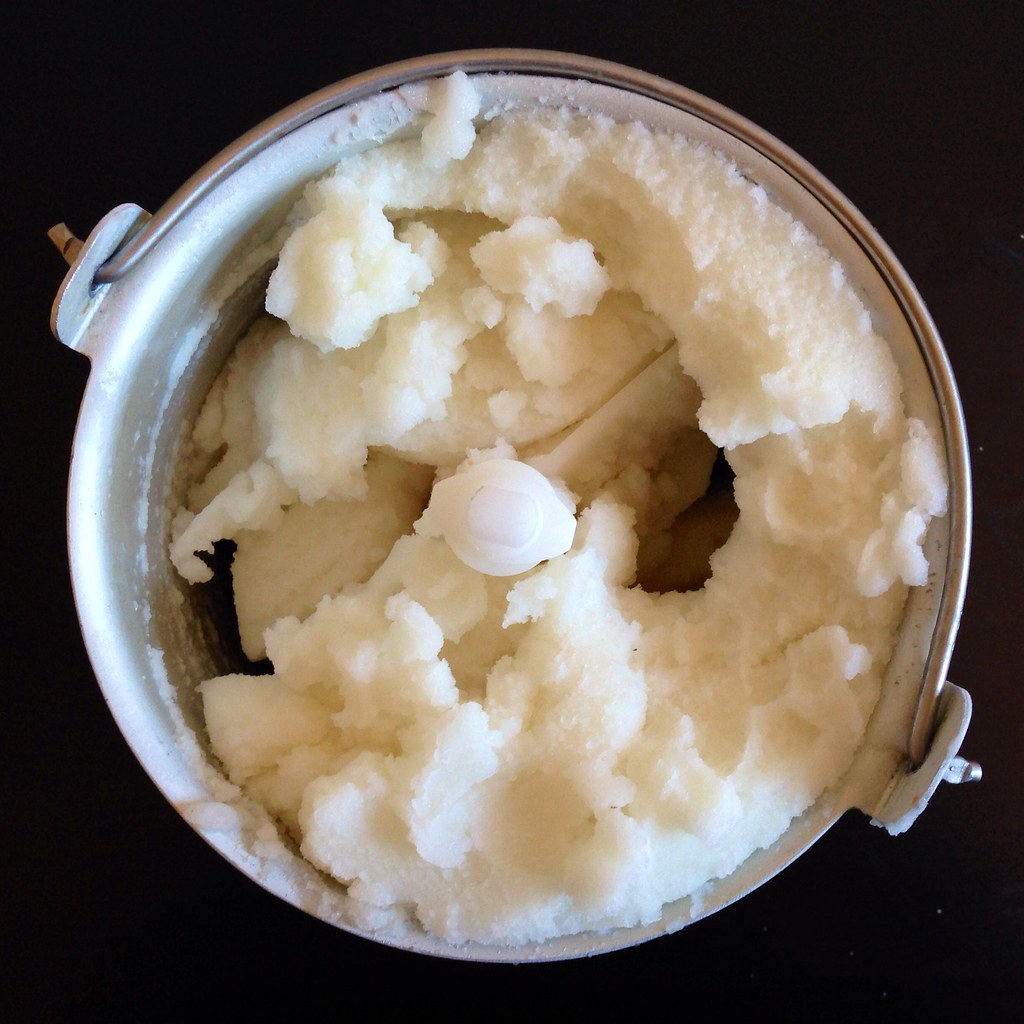 Churn in your ice cream maker according to the manufacturer’s instructions.  Transfer to an airtight container and freeze in the freezer until hard. 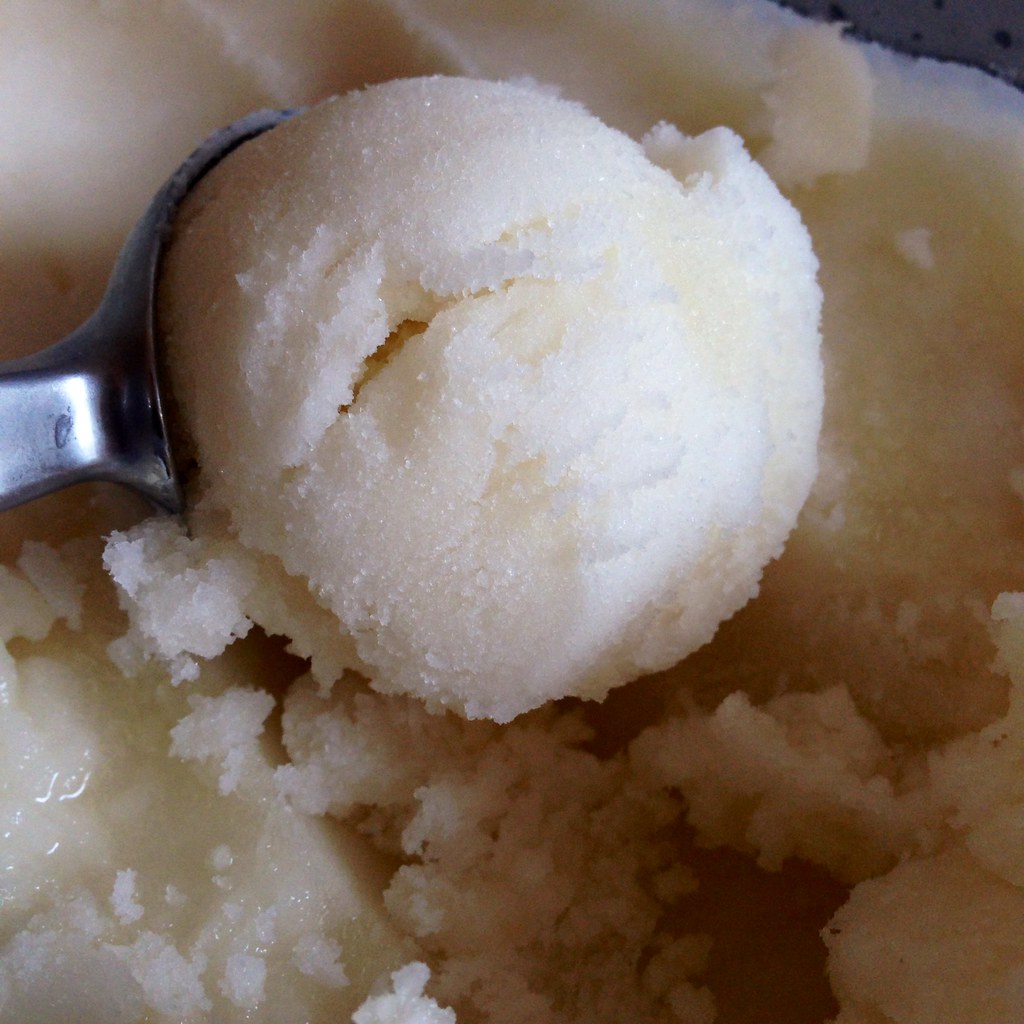