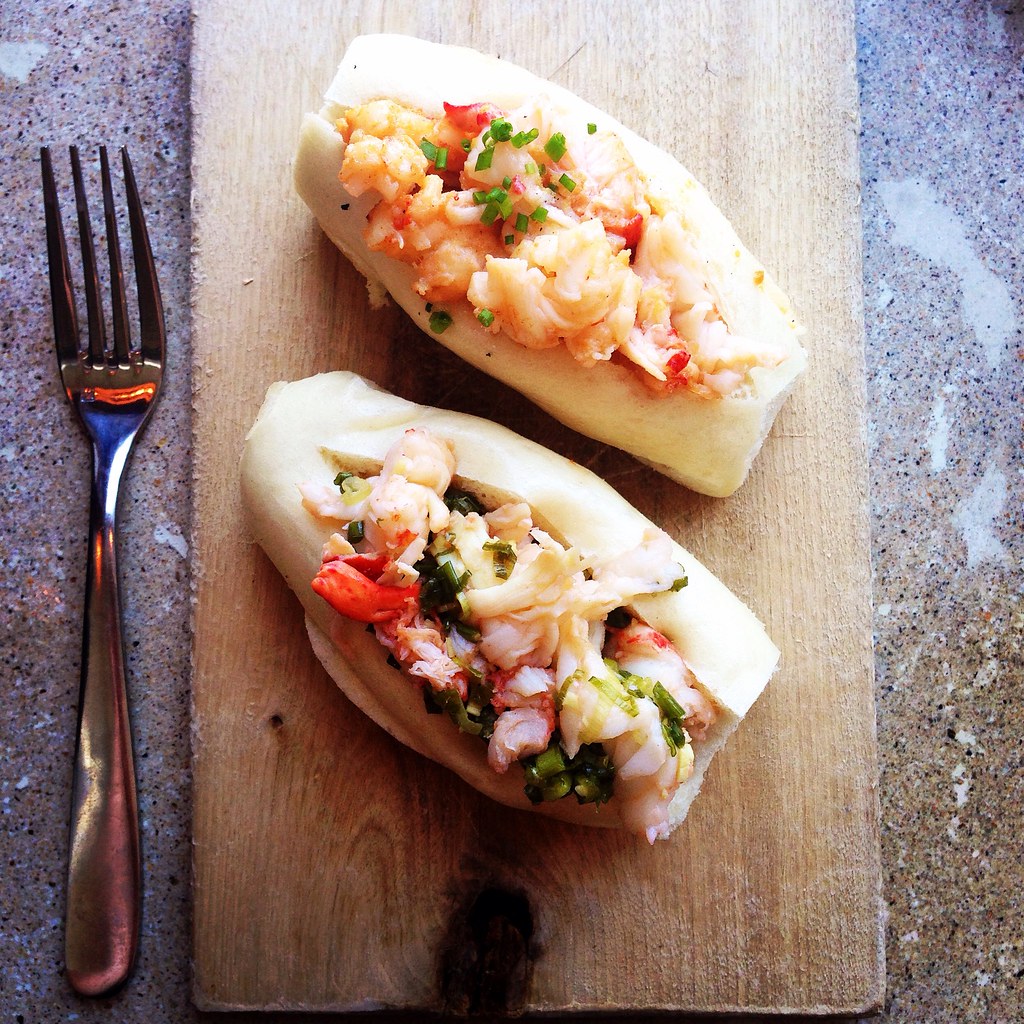 This past Labor Day I went on a road trip to Portland, ME with two of my favorite people in the world.  I insisted that we go to Eventide Oyster Co. since I was still dreaming about their lobster rolls from my trip 2 years ago.  This time the Hollandaise lobster roll had been replaced on their menu by a ginger scallion version, which I just had to try, along with my favorite from last time, the brown butter lobster roll. 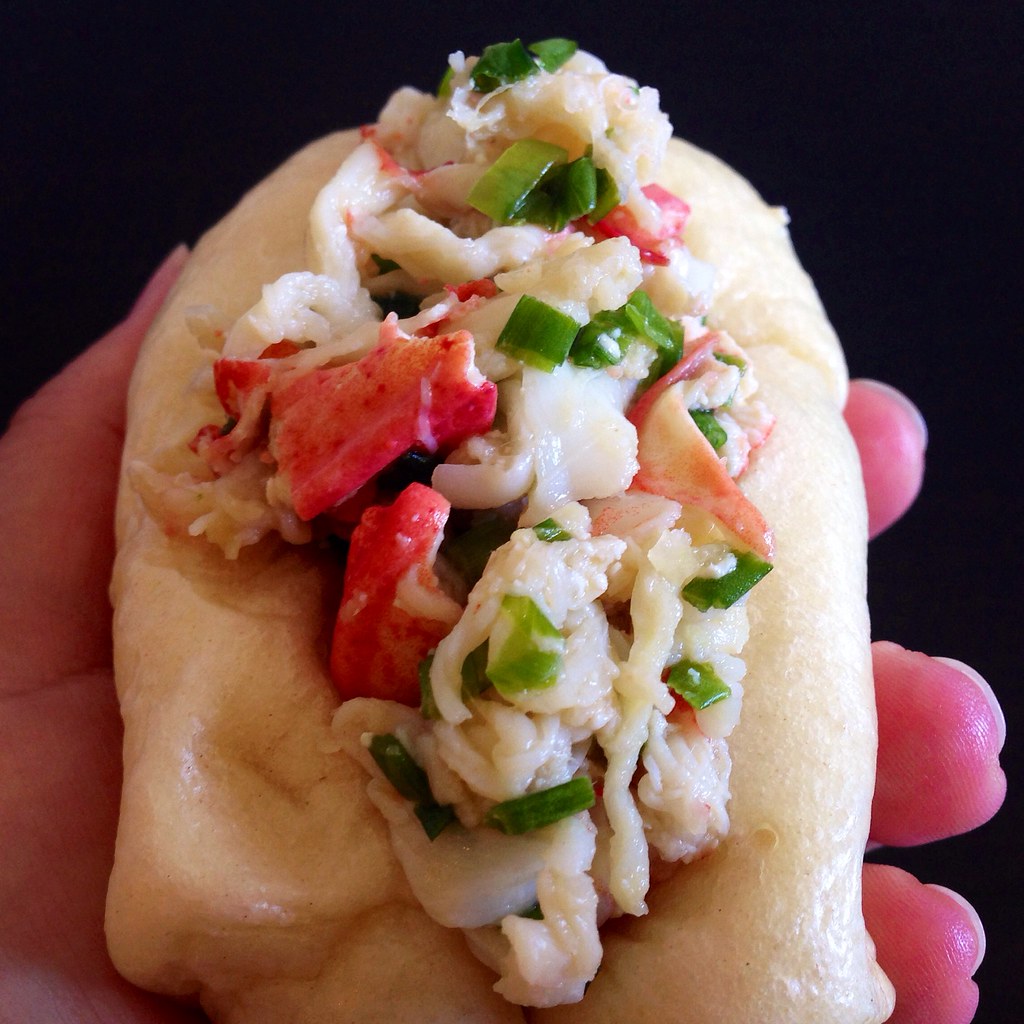 I took a bite of the ginger scallion lobster roll first and decided right then and there that it was my favorite lobster roll ever, until I took a bite of the brown butter one.  Both were just so good in their own special way!  I knew I had to try to recreate the ginger scallion lobster roll at home, and this time, I was going to make my own steamed buns.  I used my mom’s recipe for making hua juan except I omitted the sesame scallion glaze and just shaped the rolls by rolling the dough into a long snake and cutting them into about 5″ logs.  I also made some hua juan to use for buns since I figured it was in the same flavor profile.

After trying both, I really preferred the sandwiches made with the hua juan.  They’re just so pretty, and the added flavor and texture really complements the ginger scallion lobster well.  You can also just use store bought steamed buns, but I guarantee that the fresh made ones will be better than anything you can get from a store. 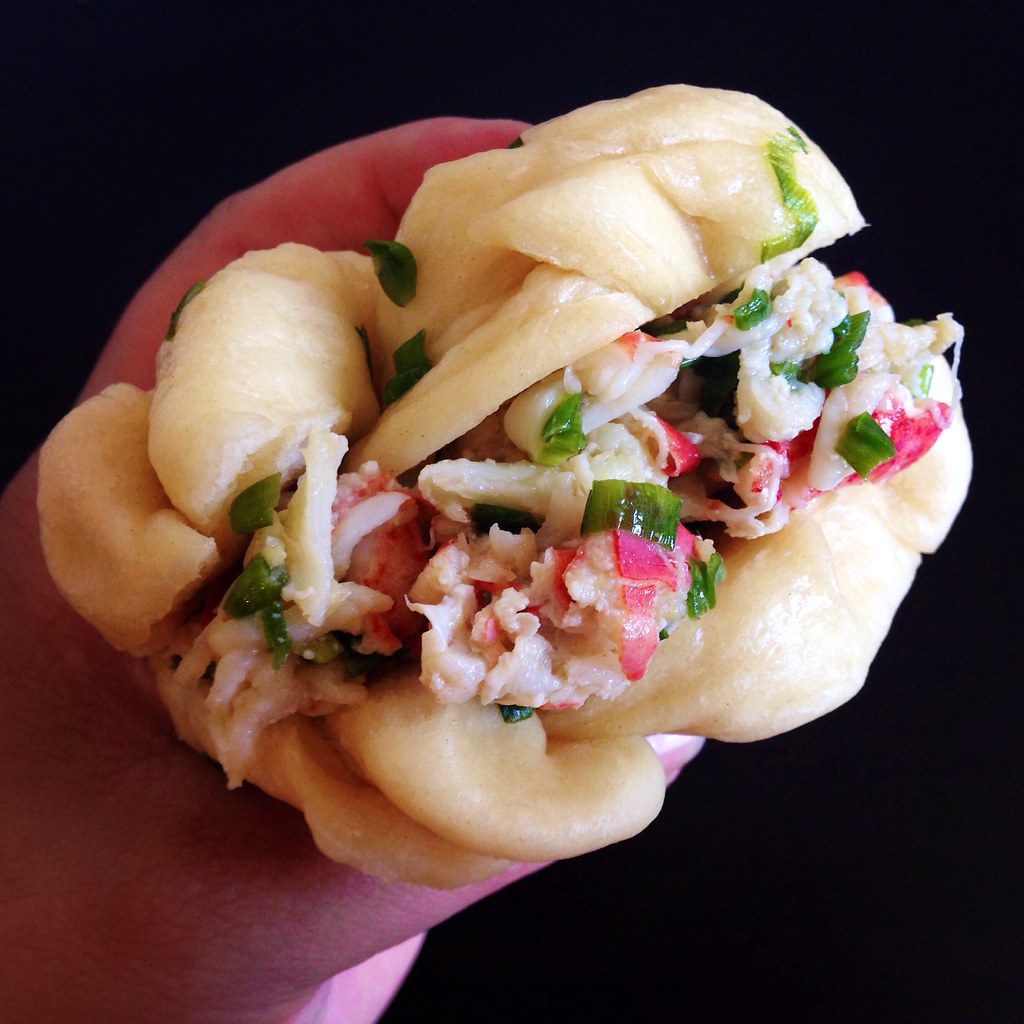 Remove the meat from from the claws, knuckles, and tail of the lobsters.  Chop or tear into small pieces and mix with the scallions, ginger, garlic, sesame oil, soy sauce, rice wine vinegar, and salt.

Slice the hua juan or steamed buns in half, leaving one side attached.  Fill the buns with the ginger scallion lobster salad and enjoy! 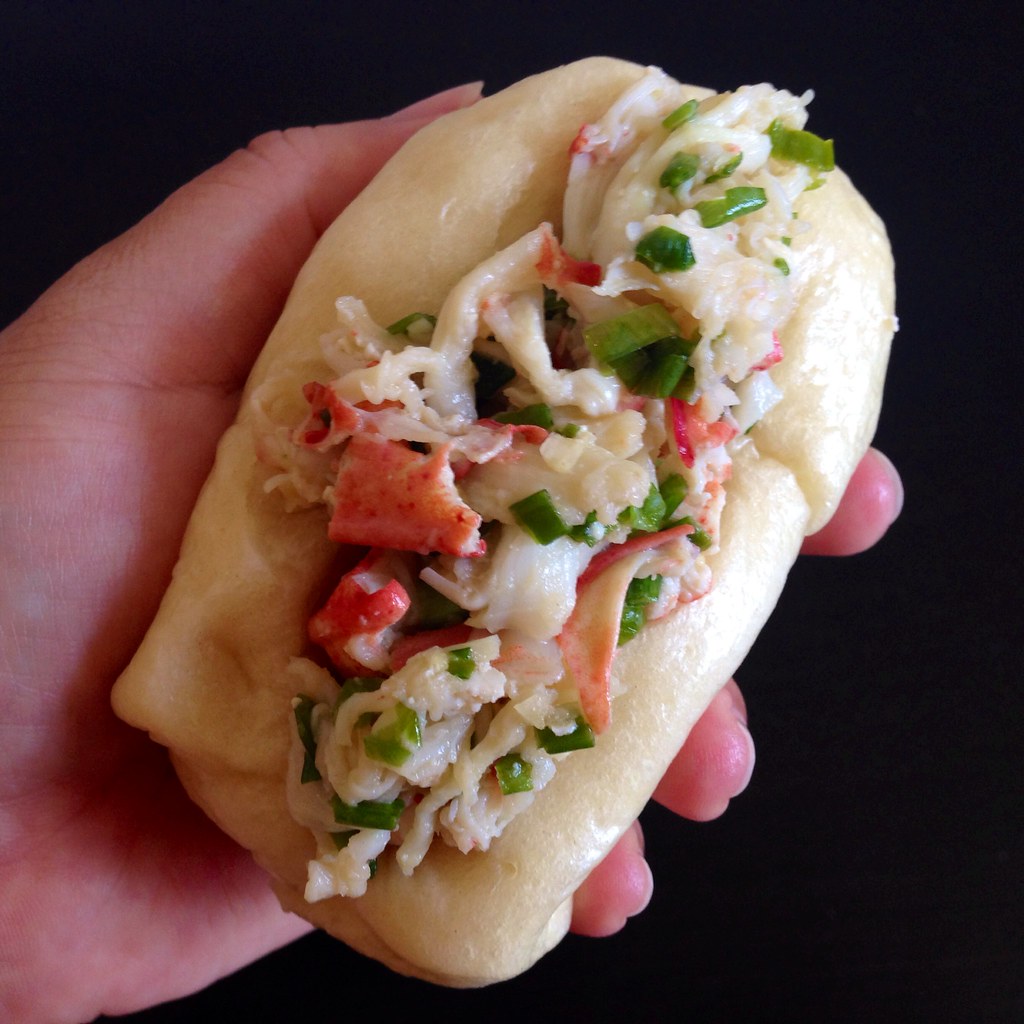