It seems like a running theme in the last couple of posts has been how I’ve used up vegetables from my Boston Organics deliveries, so here’s another one. 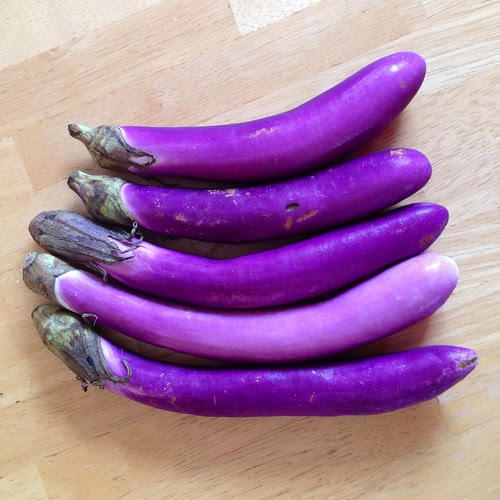 I made this back in August, when eggplants were still in season, and I got these lovelies in my delivery.  I was inspired by Nobu’s eggplant with miso, but instead of frying the eggplants first, I roasted them in the oven.  The ingredients for the glaze are the same as for the marinade used for Nobu’s miso-marinated black cod, just different proportions since you want more of a paste for this recipe. 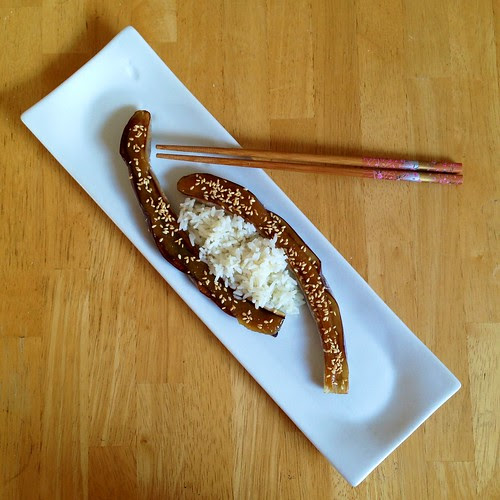 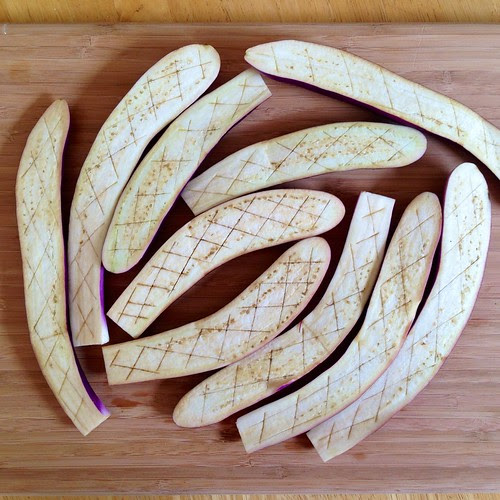 Cut off the top of each eggplant and slice in half, lengthwise.  Carefully cut crosshatches into the flesh of the eggplants, but do not cut all the way through.  Place the eggplants skin side down on a baking sheet and brush the tops with some oil.  Bake for about 8 minutes, until the flesh starts to become tender.  Remove the eggplant from the oven and set your oven to broil.

In a small saucepan, over low heat, combine the miso, sugar, mirin,
and rice wine.  Whisk until the sugar dissolves and the sauce begins to
thicken.  Remove from heat and allow to cool slightly. 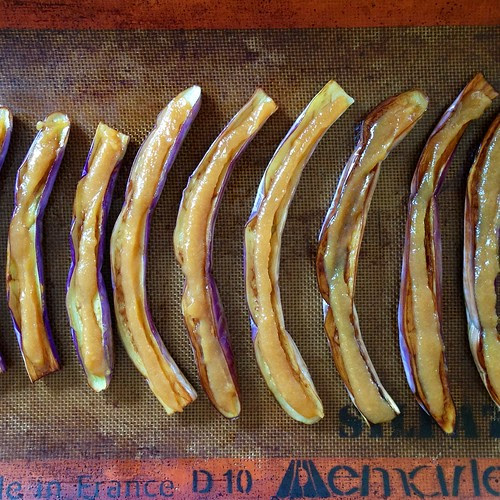 Top each eggplant liberally with the miso glaze.  Place under the broiler until browned and bubbly, just a few minutes.

Sprinkle with toasted sesame seeds and serve with rice. 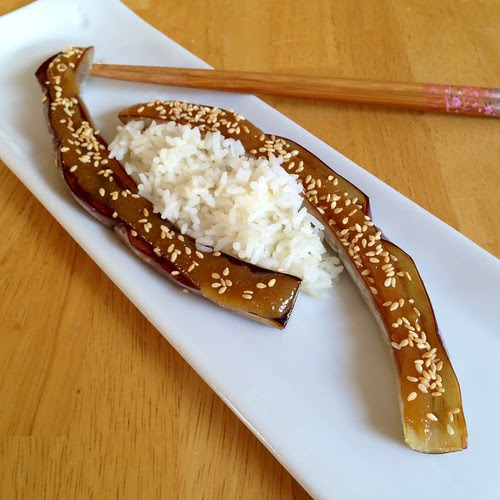