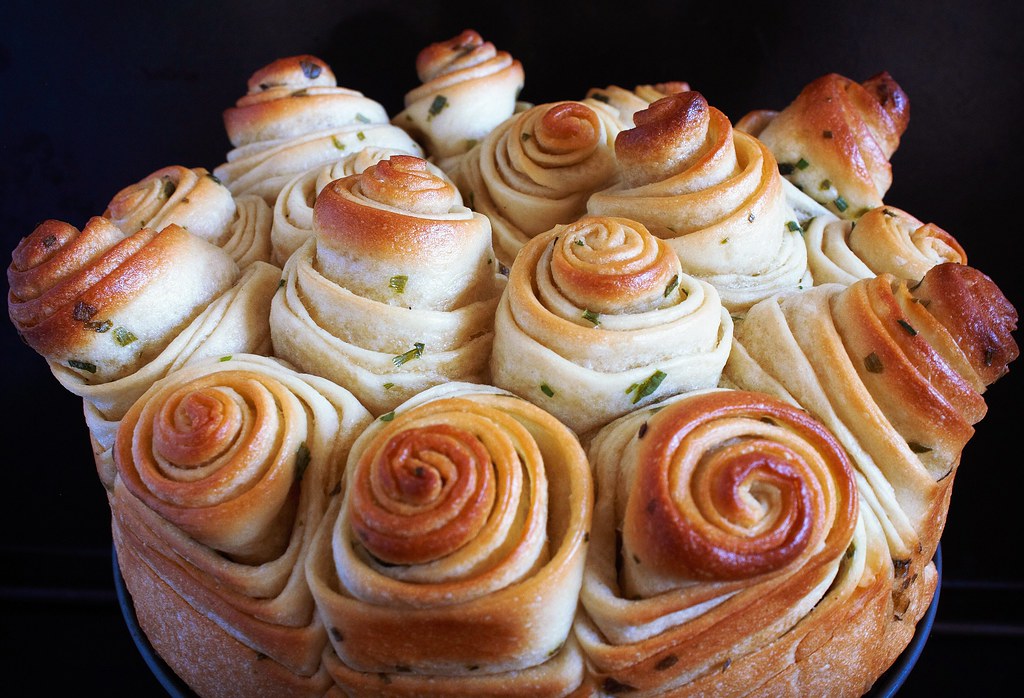 This is another post that started with a picture on Instagram.  I saw Sarah Jampel’s picture of kubaneh from the Breaking Breads cookbook and was utterly transfixed.  Then it showed up again on the Food52 feed in a picture for their store’s twine holder, but all anyone wanted to know was what the beautiful, crazy, swirly bread was on the right.  I managed to track down the recipe from my library’s copy of Breaking Breads and tried it without even knowing what it was supposed to taste like. 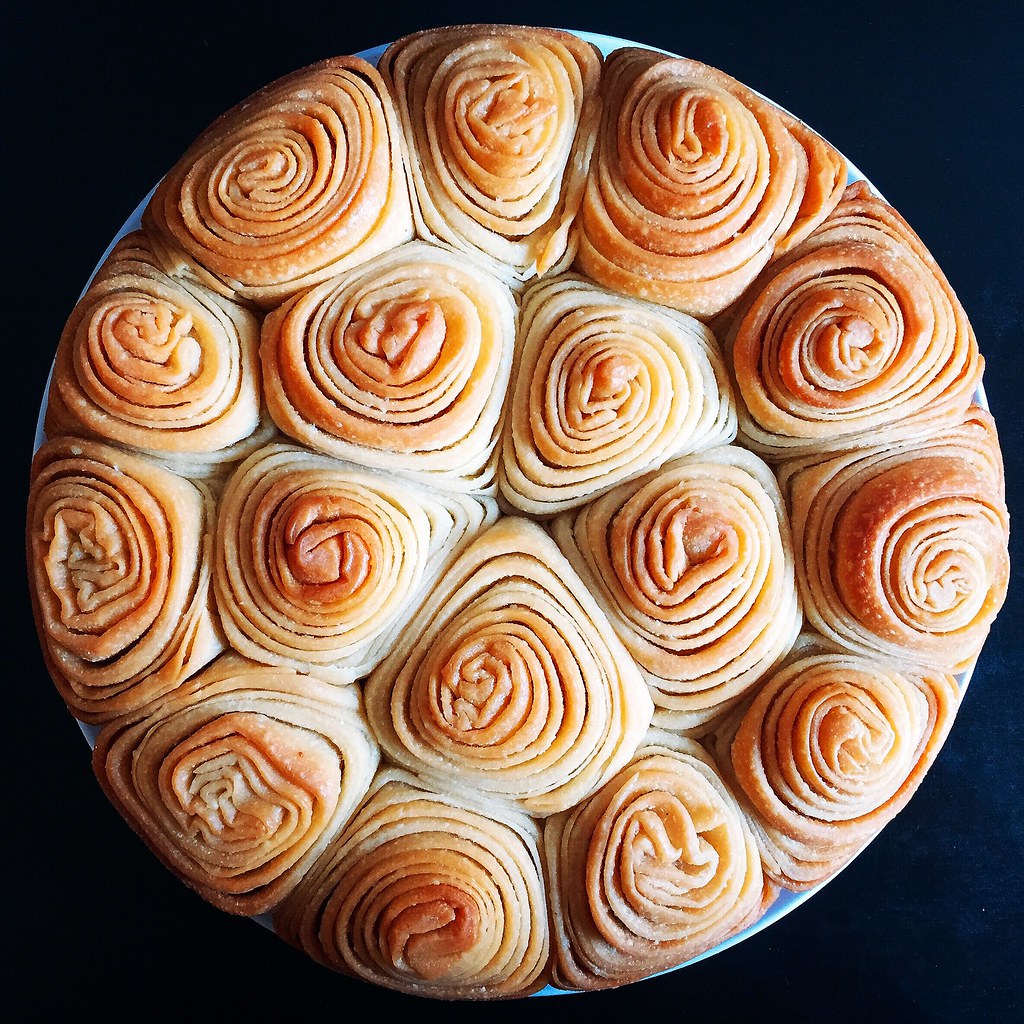 The original was a bit too salty for my liking, but the picture above garnered the most likes I’ve ever gotten for an Instagram post!  I decided to take a cue from Molly Yeh’s scallion pancake challah bread and try a hua juan version of kubaneh by brushing a mixture of scallions and sesame oil on the dough before rolling it up.  I also used a fresher yeast this time, and the results are pretty spectacular if I do say so myself. 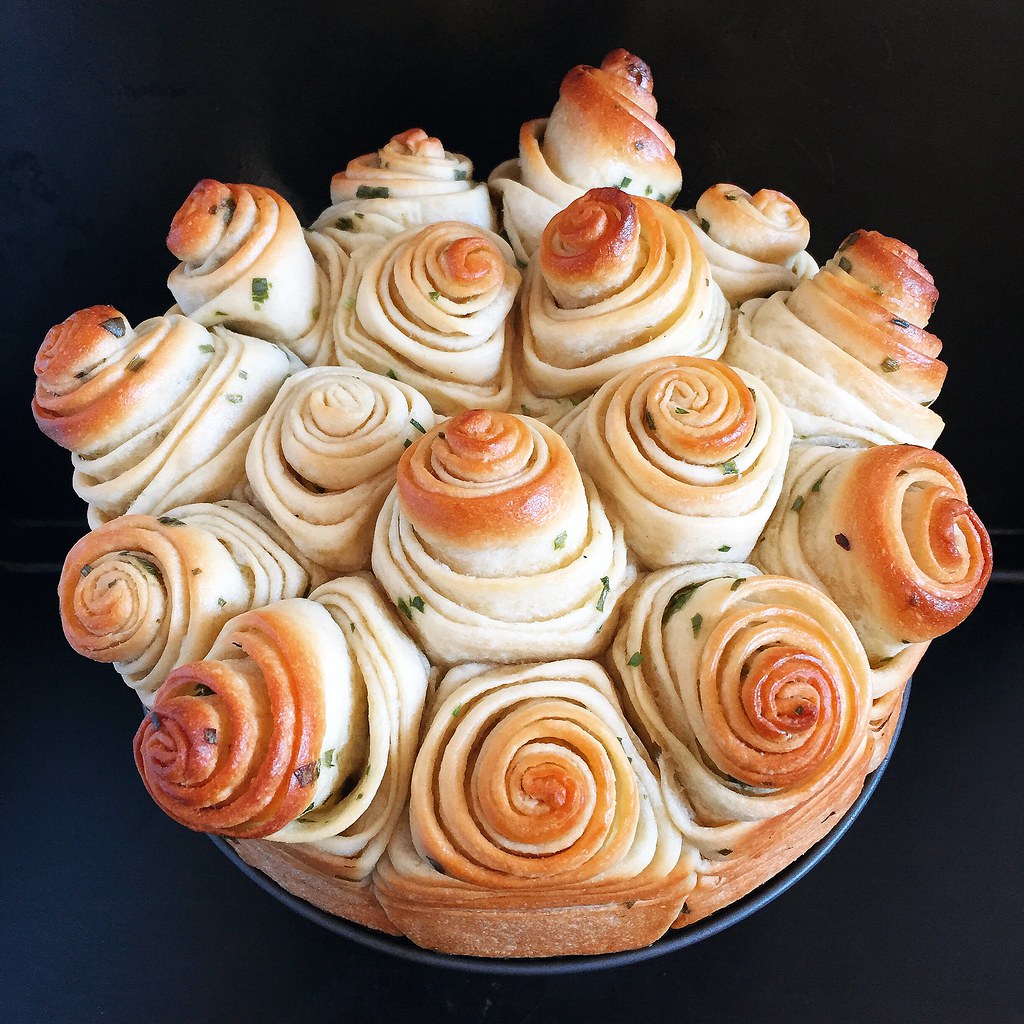 The bread itself reminds me a lot of milk bread in that it’s slightly sweet and very soft, yet the parts that get browned turn out a little crunchy from all the butter!  And even though you just apply a small smear of the sesame-scallion filling, it’s so fragrant that the flavor gets infused throughout the whole roll.  It’s definitely better when warm, so if you’re eating it a day or two later, microwave it for 10-20 seconds to rewarm it. 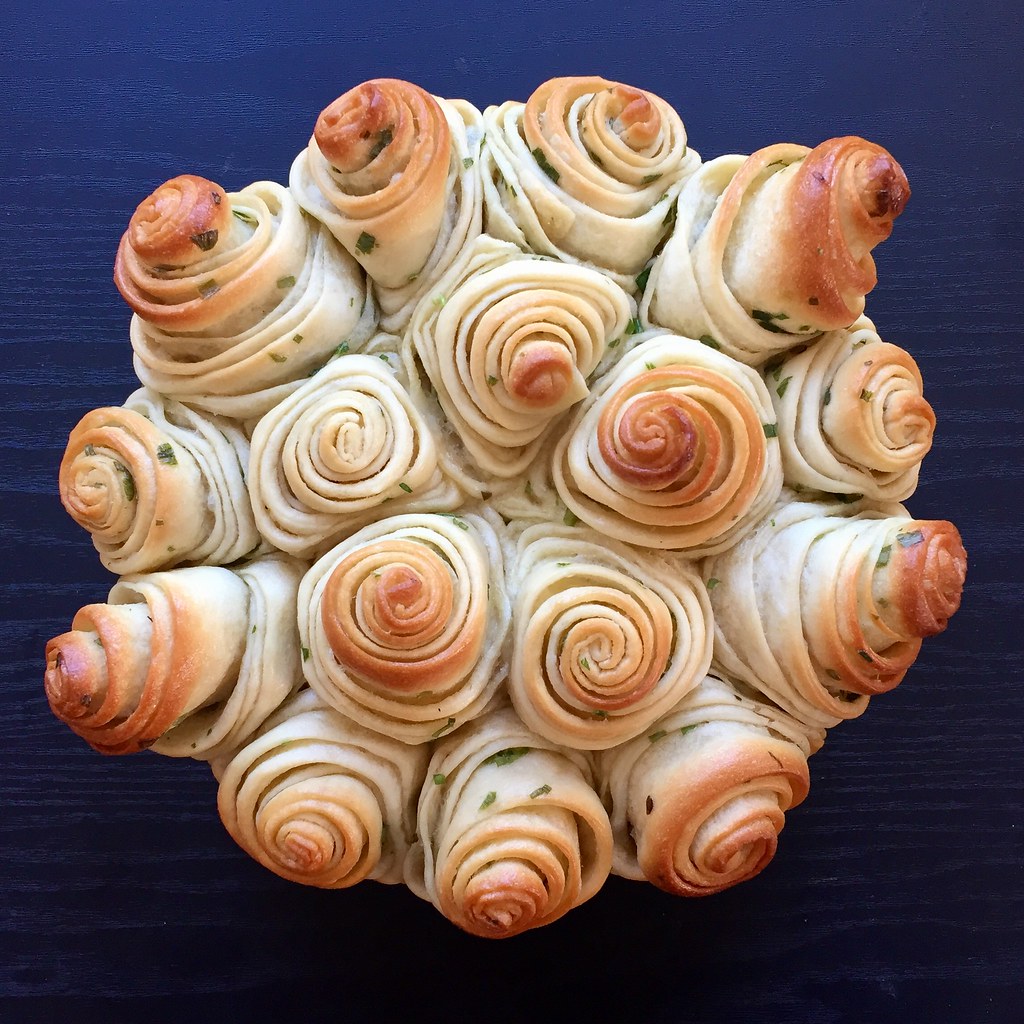 Sprinkle the yeast over the water in a stand mixer bowl and allow to dissolve.  Mix the flour, sugar, and salt in a separate bowl, then add to the yeast and water.

Use the dough hook on low to combine the ingredients, then mix on medium-high until the dough comes away from the bowl cleanly.  Give the dough a few folds to form a nice, tight ball.  Cover the bowl and let rise until almost doubled, about 30 minutes.

Lightly butter a large plate (I usually use the butter wrapper to do this).  Divide the dough into 8 pieces, shape each into a tight ball, and place on the plate.  Cover and let rise for another 30 minutes.

Mix the sesame oil, scallions, salt, and sugar in a small bowl.  Generously grease a 9″ springform pan with the softened butter.

Use about a tablespoon of the butter to generously grease a clean 11″ x 17″ rimmed baking sheet.  Place one of the balls of dough on the baking sheet, smear a little more butter on top, and start pressing it out to cover almost the entire sheet.  Sprinkle some of the scallion filling across the middle lengthwise third of the dough.  Fold the top third of the dough down and then the bottom third up (like a business letter fold, but lengthwise).  Roll the dough up into a tight spiral and cut in half.  Place the cut sides up in the buttered pan.  Repeat with the remaining balls of dough.  Cover the bottom of the pan with a large piece of aluminum foil or place in another pan to catch any melted butter that leaks out.  Cover the pan and let the dough rise a final time for 45 minutes.

Preheat the oven to 350°F.  Bake the bread for 15 minutes, then turn the heat down to 325°F.  Bake for another 30-40 minutes, or until the tops are golden brown.  If there is any butter left, melt it and add it to any remaining filling mixture and brush on top of the rolls.  Serve warm. 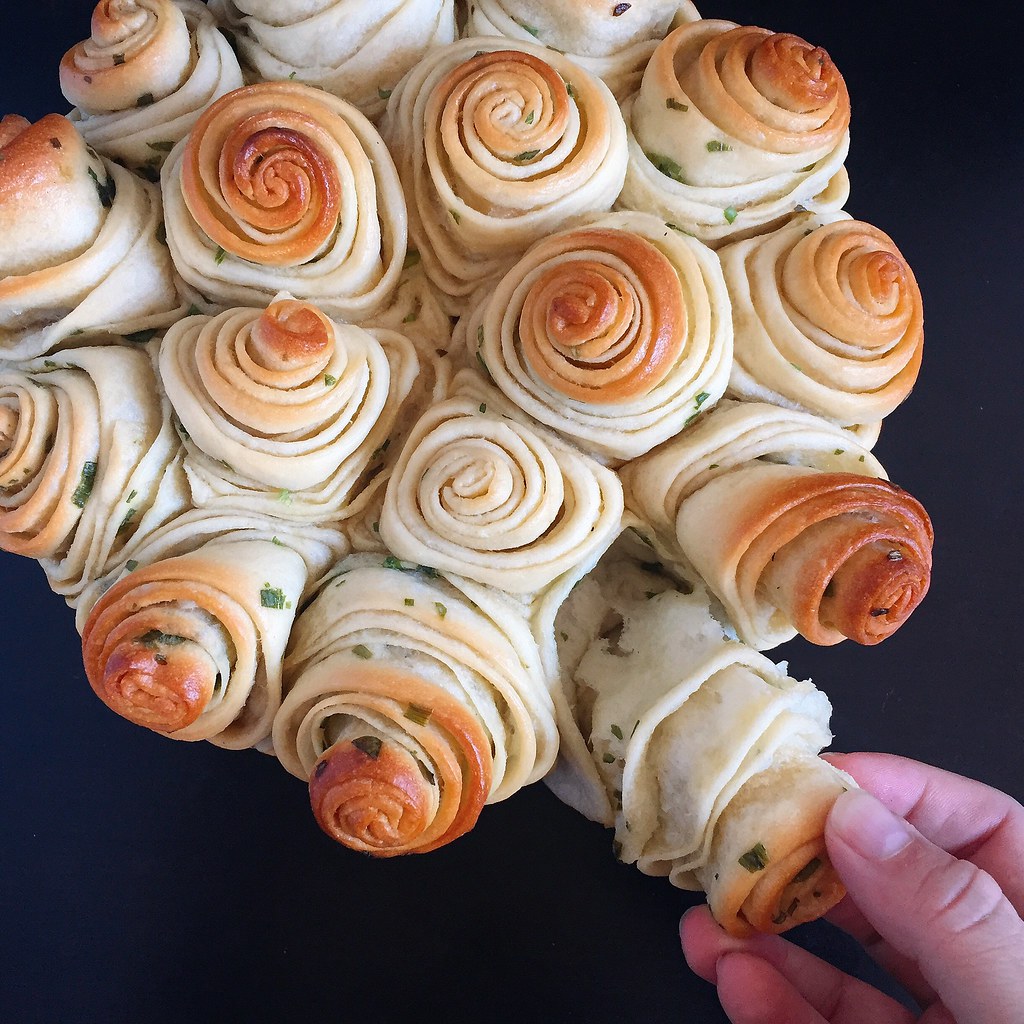