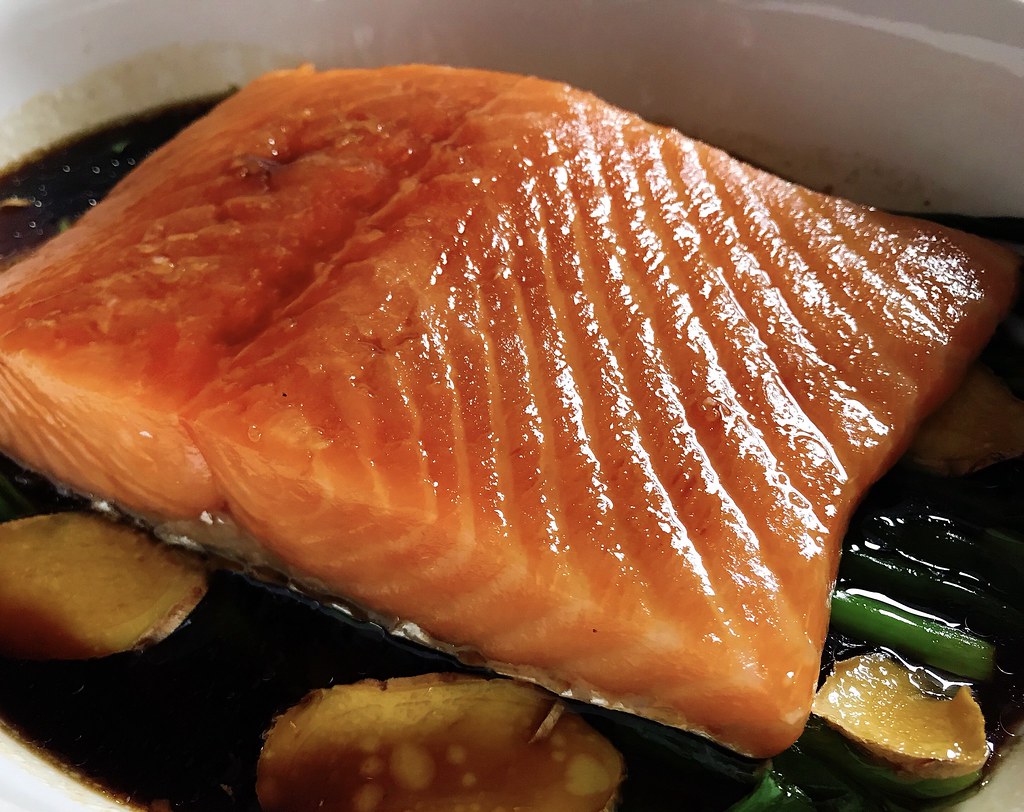 I was first introduced to slow-roasted salmon when the Food52 Cookbook Club was going through Samin Nosrat’s Salt Fat Acid Heat back in September.  I tried the citrus version with lemon vinaigrette first and was absolutely smitten.  As incredible as the citrus and vinaigrette were, I think it was the salt and slow-roasting that made the dish truly exceptional.  It made a regular farm-raised salmon filet taste like a wild-caught Copper River King salmon!  The salmon was moist, rich, and buttery without being slimy or fishy.  I also tried her soy-glazed version, and it turned out amazing as well, but having to baste the fillet every 15 minutes was kind of too fussy for me. 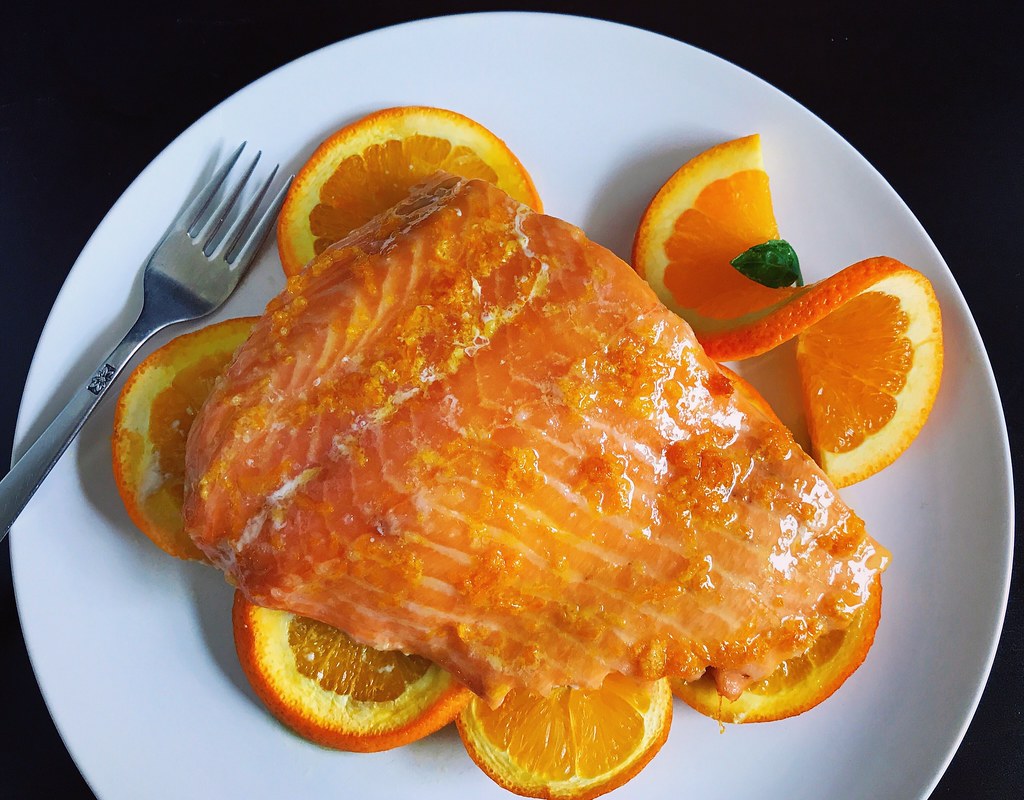 We tested roasting the salmon with the skin side up, down, and skinless, and I found that skin side down worked the best.  The skin shielded the fish from too much heat from below, and this version produced the least dry fillet.  The skin never really gets crispy, though, so unless you enjoy rubbery skin, I wouldn’t serve that part. 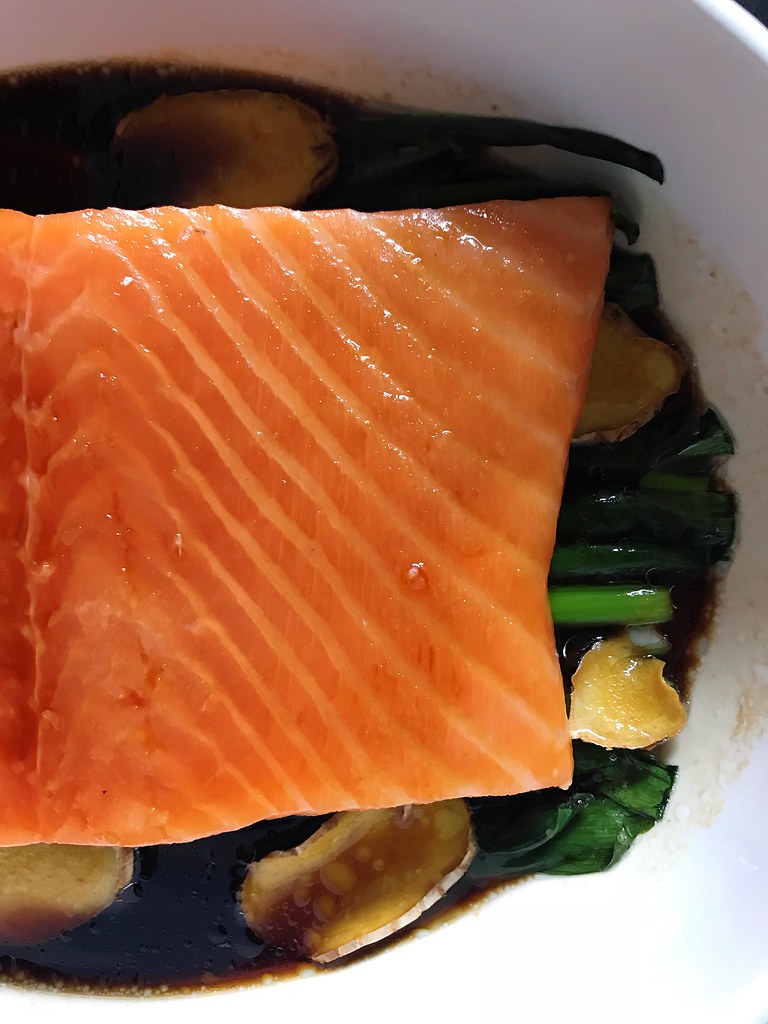 Also, the reason I wrote that the salmon should be straight from the fridge is because some people were using frozen salmon which they let thaw on their counter before using.  Their salmon came out overdone in the time frame I gave so, if you are also making this with warmer-than-refrigerator salmon, reduce the time in the oven accordingly. 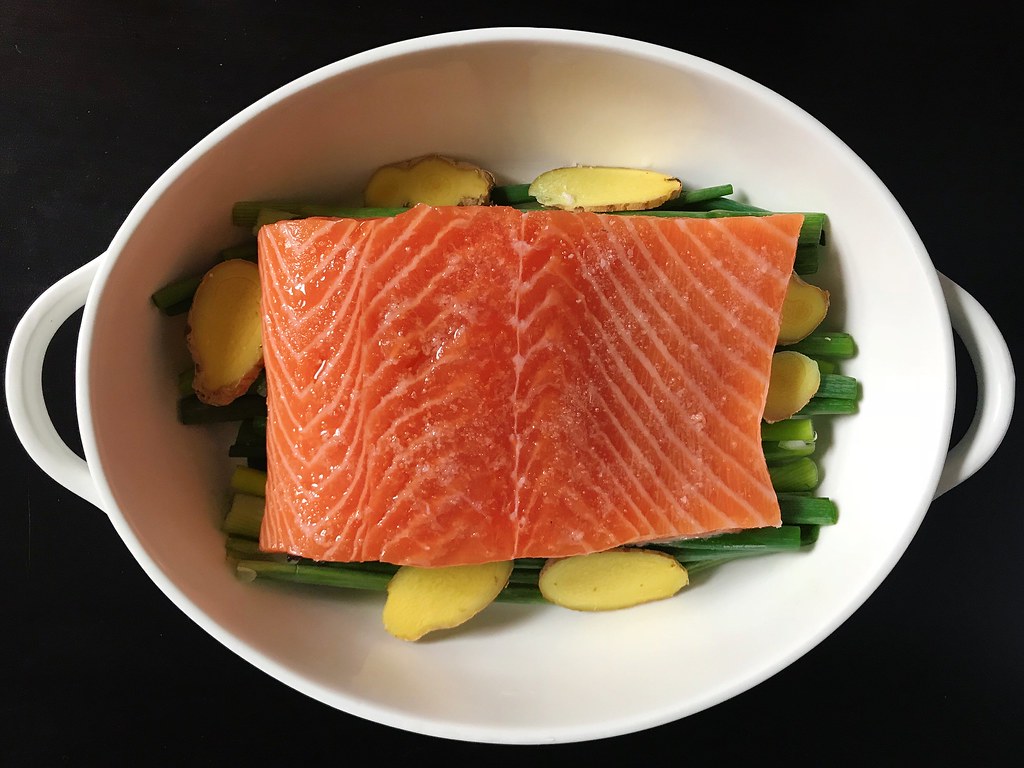 Combine the sugar, soy sauce, rice wine, and water and heat for 1 minutes in the microwave.  Stir to dissolve the sugar.

Line a small baking dish with the scallions and ginger and place salmon on top, skin side down.  Season the salmon liberally with kosher salt and coat with oil.  Pour the soy sauce mixture over the fish and roast the salmon for about 40-50 minutes, or until a thermometer stuck into the thickest part reads 110-120°F.

The fish should still look a lot like how it did when it went in (i.e. almost translucent), so if you don’t have a thermometer, check for doneness by poking the thickest part; it will start to flake once it is ready.

Serve with rice and spoon some of the sauce on top for extra saucy goodness. 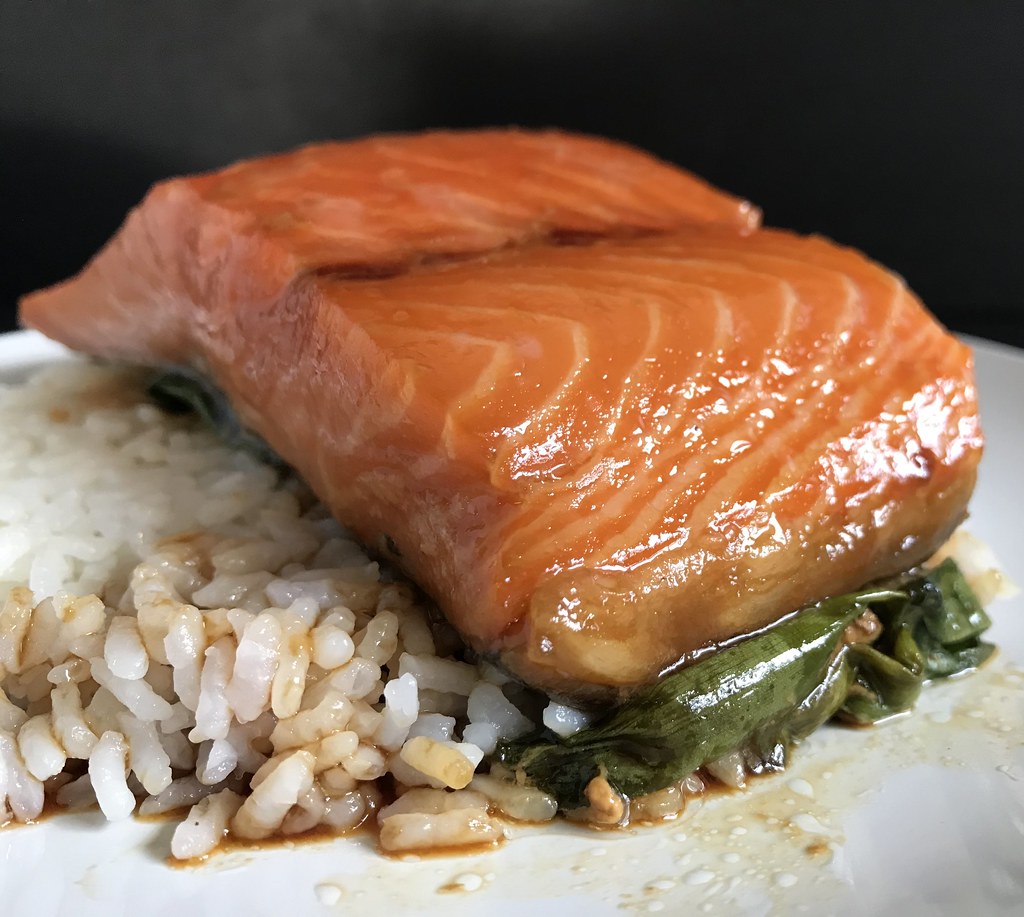