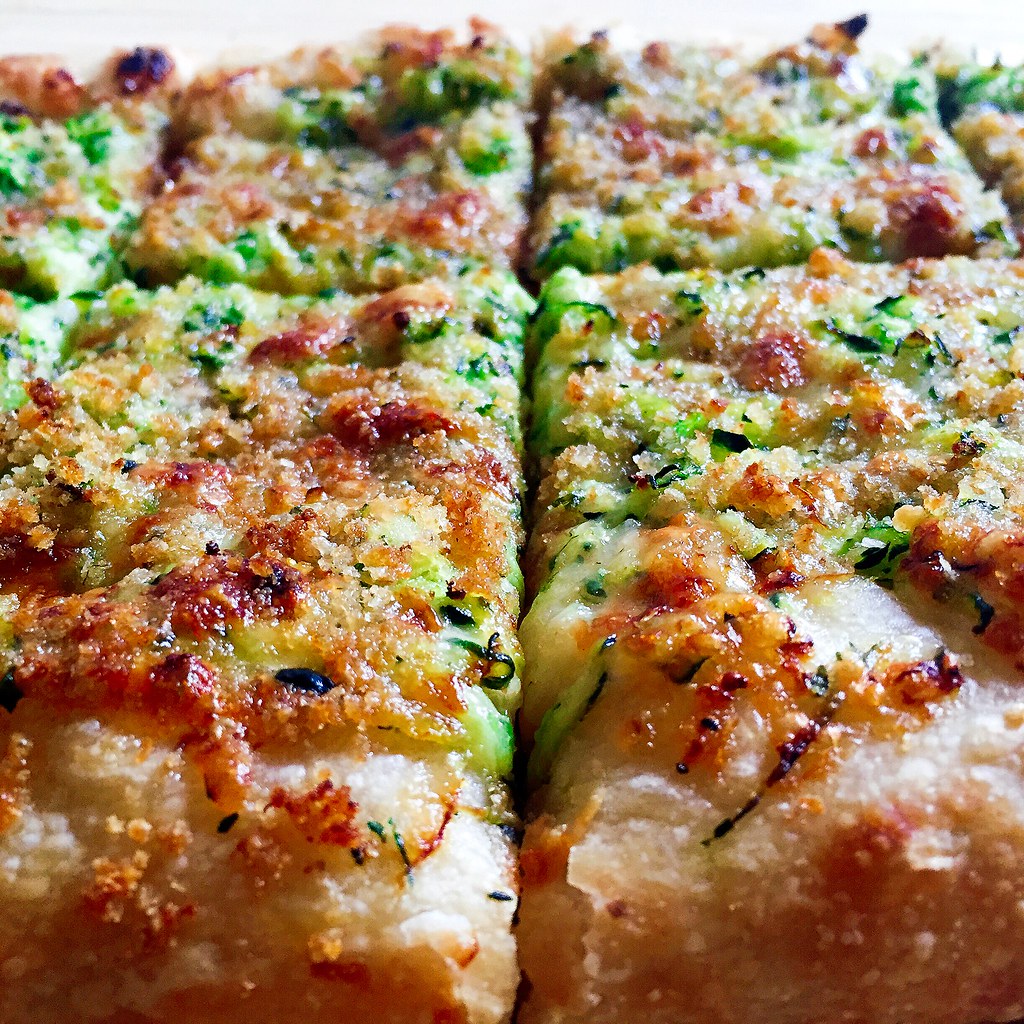 I used to cringe a little whenever I got zucchini or summer squash in my Boston Organics delivery because while I liked the vegetable enough not to add it to my “No List”, I didn’t like it enough to know what to do with it other than to stir fry it with garlic or grate it into an amnesty bread.  But that all changed when I saw Smitten Kitchen’s post about summer squash pizza.

I tweaked the recipe (which is originally from Jim Lahey of no-knead bread fame) a little by using my favorite pizza crust instead of the one in her post because I already had some on hand.  I also tossed the breadcrumbs in a little olive oil for a little extra crunch and to protect it from burning too fast.

I wasn’t really sure about having to buy the Gruyere cheese and even made it for the first time without the cheese and substituting with some minced garlic and olive oil (which, by the way, ended up being pretty darn good and worth trying if you don’t eat cheese).  But then I caved in and got a small block of Gruyere.  And boy oh boy was it amazing.  Divine.  Glorious!  In the oven, the cheese melts and binds the shredded zucchini together in a holy matrimony of texture and flavor.  It’s simply perfect. 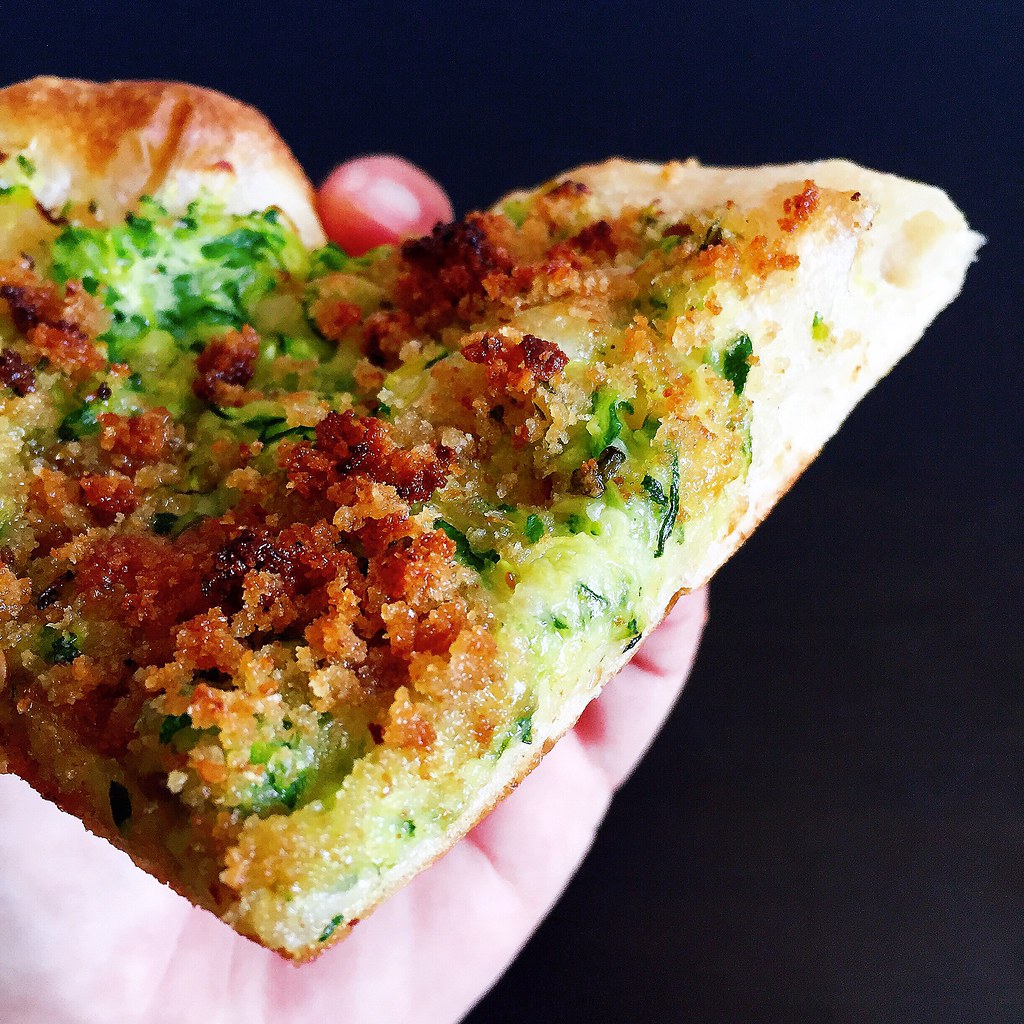 Trim off the round end of the zucchini and using the other end as a handle, shred the zucchini on the coarse holes of a box grater.  Squeeze the shredded zucchini in your hands to remove the water and transfer a fistful at a time to a small mixing bowl.  Add the salt and mix well.  Let sit for 20-30 minutes so that more water is released.  Squeeze the zucchini again until you get out as much water as possible.  Mix with the Gruyere cheese.

Mix the breadcrumbs with a little olive oil, just enough to moisten and clump them together a little. 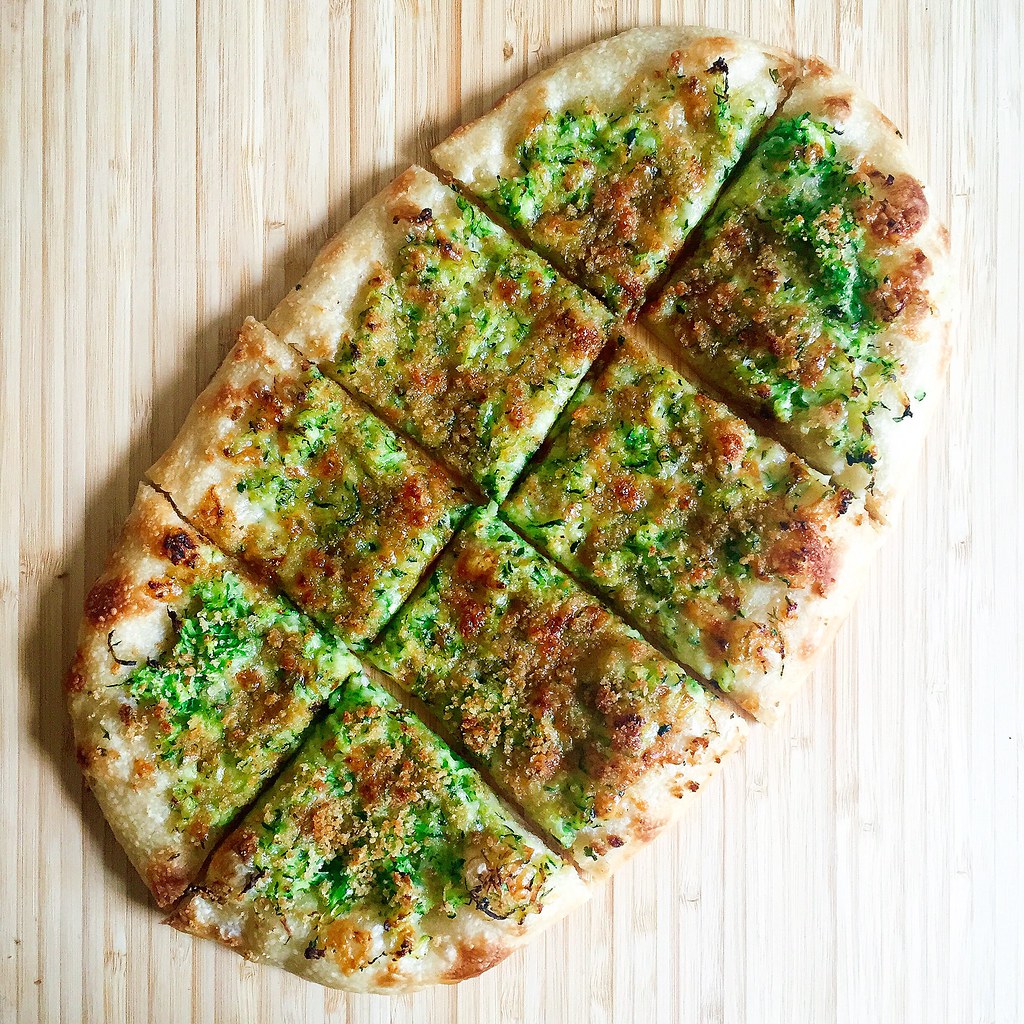