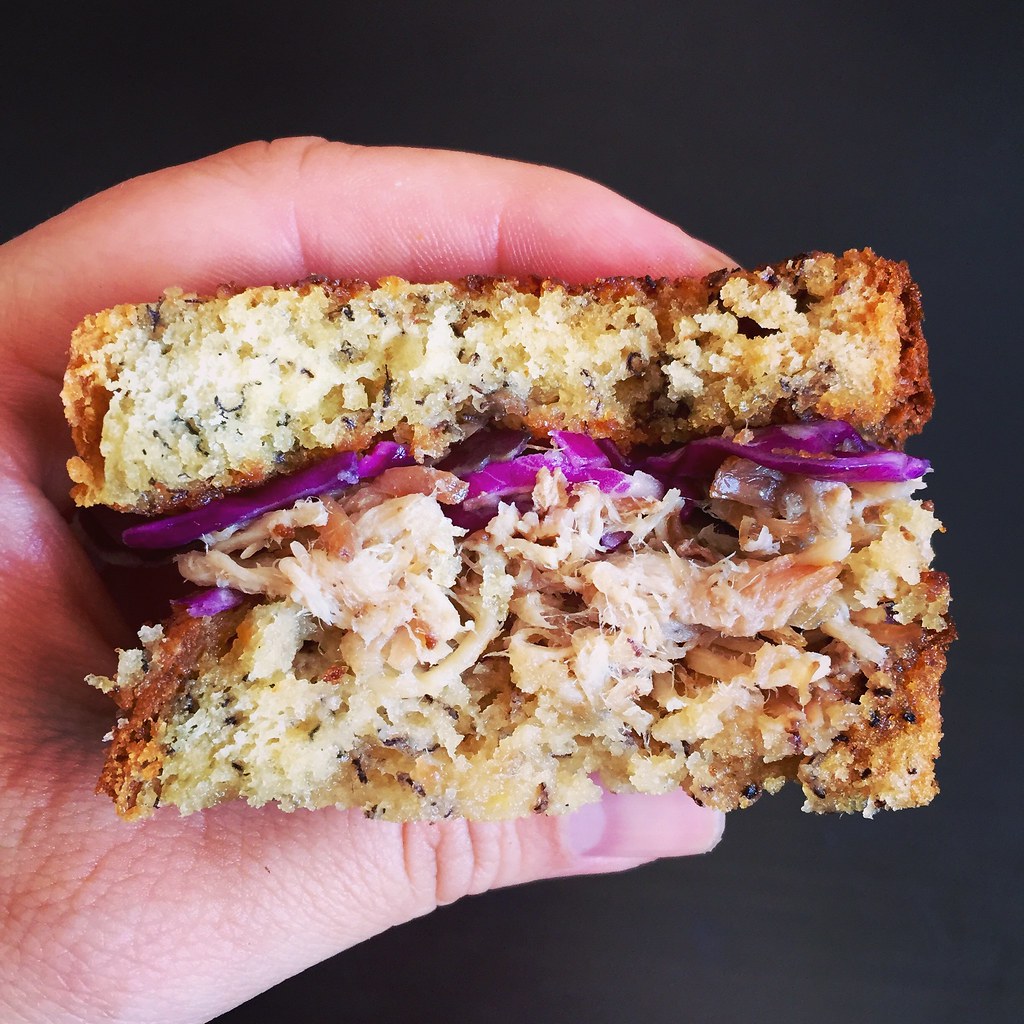 Back in January I found an incredible deal for airfare to St. Thomas so I went ahead and booked it along with four nights at the Marriott Frenchman’s Reef using my points.  Even though the weather forecast the weeks up to the trip showed a lot of possible rain, it turned out to be beautiful and sunny every day we were there! 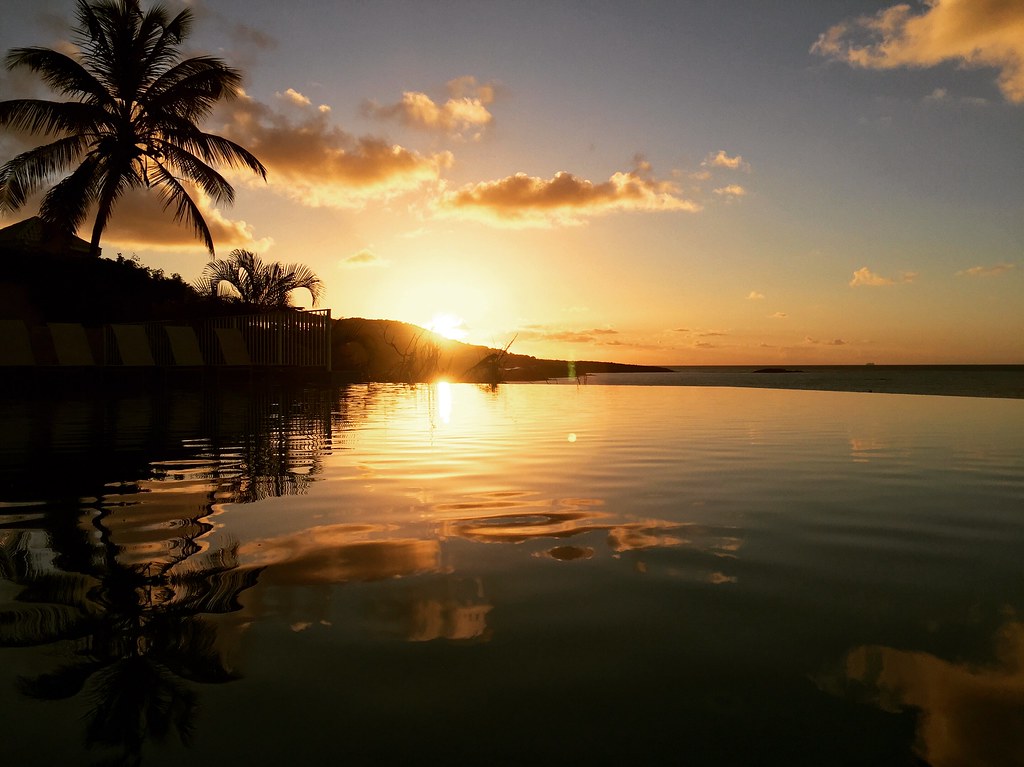 Sunrise at the Frenchman’s Reef

On our third day, my friend Sooyun and I took the passenger ferry from Red Hook to Cruz Bay in St. John and hiked the Lind Point Trail to Honeymoon Beach.  After some relaxing time on the beach, we continued over to the Caneel Bay Resort for lunch.  Little did I know I was about to have one of the best sandwiches I had ever eaten.  We almost didn’t order it (I was craving a turkey sandwich, and Sooyun almost ordered something else before I reminded her about the rum pork on crispy banana bread sandwich she had pointed out earlier), but after tasting it, I’m so grateful we did.  I think it was that perfect balance of salty pulled pork and sweet banana bread plus the crunch from a red cabbage slaw.  The memory of this sandwich haunted me for over a month before I finally decided to try and recreate it. 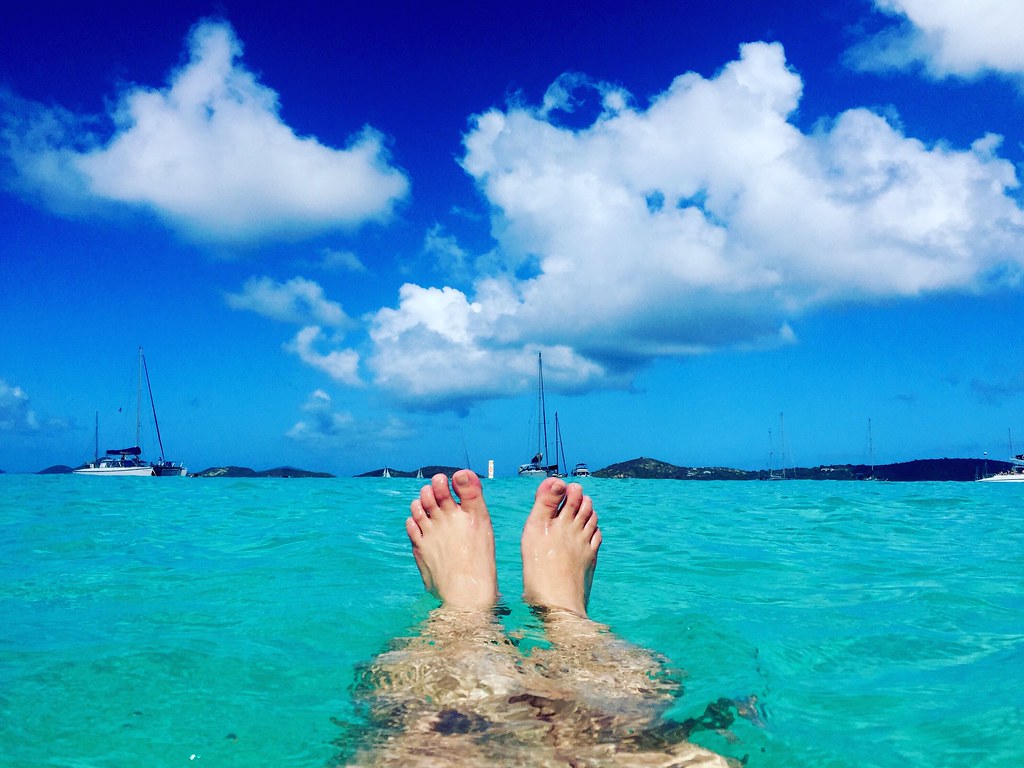 For the pulled pork I pretty much followed my slow cooker kalua pork recipe except I added a quartered orange and garlic plus a splash of passion fruit rum.  For the banana bread I followed this basic recipe but you can just use your favorite recipe as long as the bread can be sliced and griddled without falling apart.  Then I made a quick cabbage slaw using coconut white balsamic vinegar, lemon sugar, and shredded red cabbage.  If you don’t have smoked sea salt, passion fruit rum, coconut white balsamic vinegar, and lemon sugar, you should be fine using regular sea salt, another rum (or skipping the rum altogether), a light vinegar (like cider or rice wine), and regular white sugar.  But then where would be the fun in that? 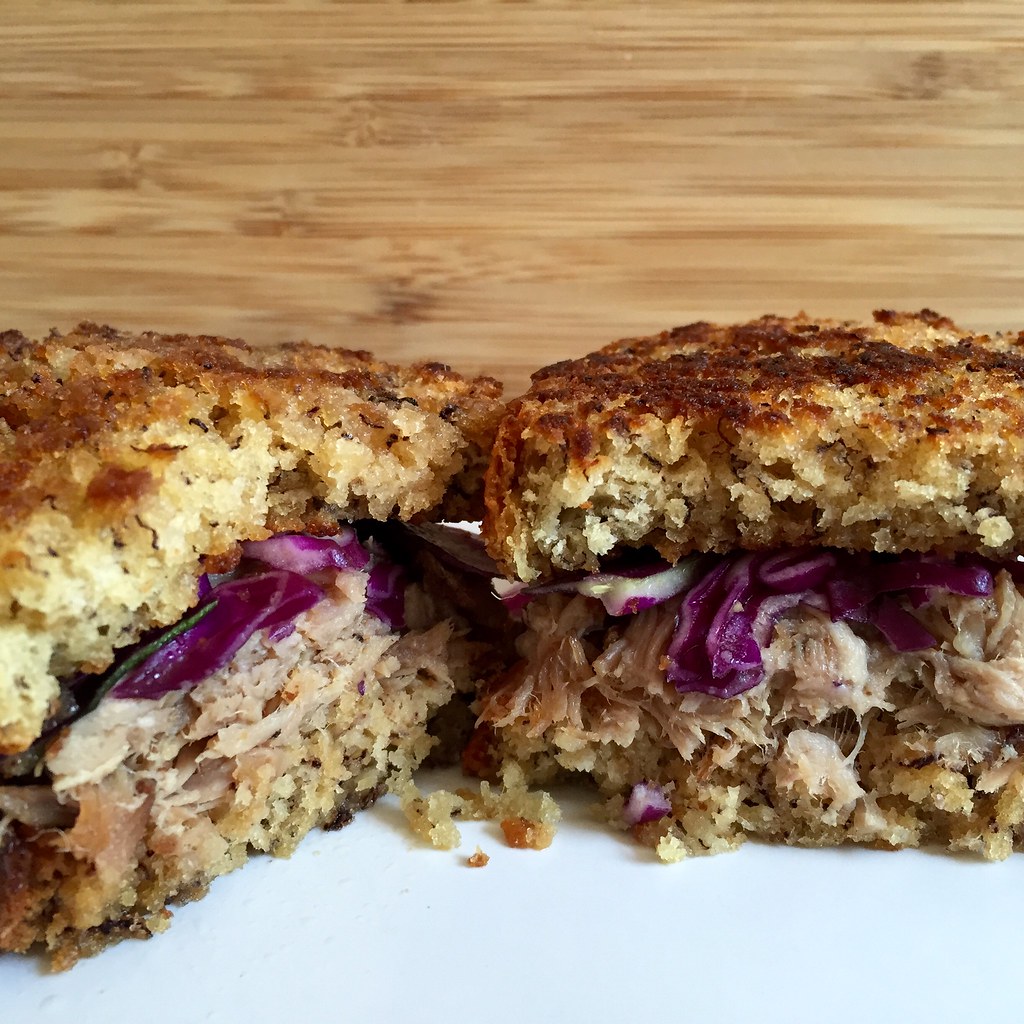 Using a steak knife, poke the pork all over and rub with smoked salt.  Place in the slow cooker along with the orange quarters and garlic cloves.  Turn on low and cook for 12 hours.


Halfway through, flip the pork and add the rum.


When done, remove the excess fat and shred the pork with a fork.

Place the shredded cabbage in a salad spinner or a colander over a bowl.  Sprinkle the salt over the cabbage and mix.  Let sit for an hour, then rinse and squeeze/spin out the excess water.

Transfer the cabbage to a sealable container.  Add the vinegar and sugar and mix.  Cover and store in the refrigerator for at least 30 minutes, until ready to use.

For the sandwiches:
2 loaves of your favorite banana bread (or just one loaf if you want to make open faced sandwiches)
Butter

Top one slice with the pulled pork and slaw and add the other slice.  Serve with plantain or yucca chips and die of happiness. 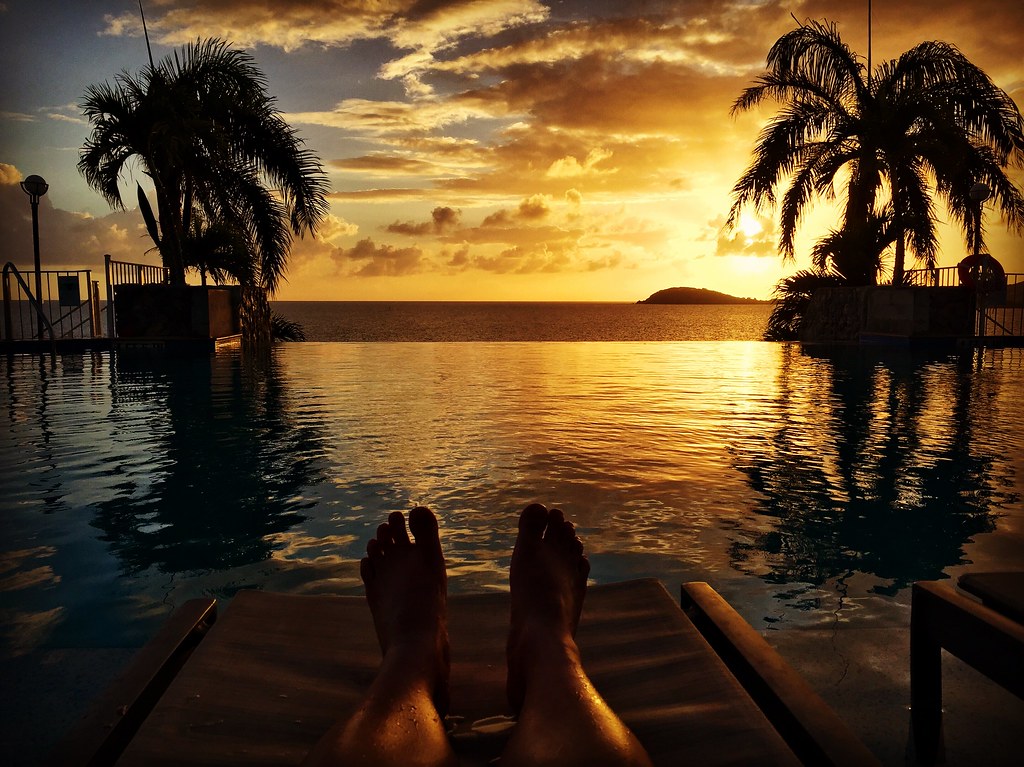